This week’s Apps Uncovered explores images that feature objects of affection, foreign objects, disparate objects, closely observed objects and objects rarely seen together – all so close! The wide variety of imagery posted this week makes for a full-bodied collection of top notch images, across the spectrum of genres and image types. Mariko Klug’s wonderfully evocative conversation in the middle of the road (“Whispering”) is the lead image for this week’s selection. 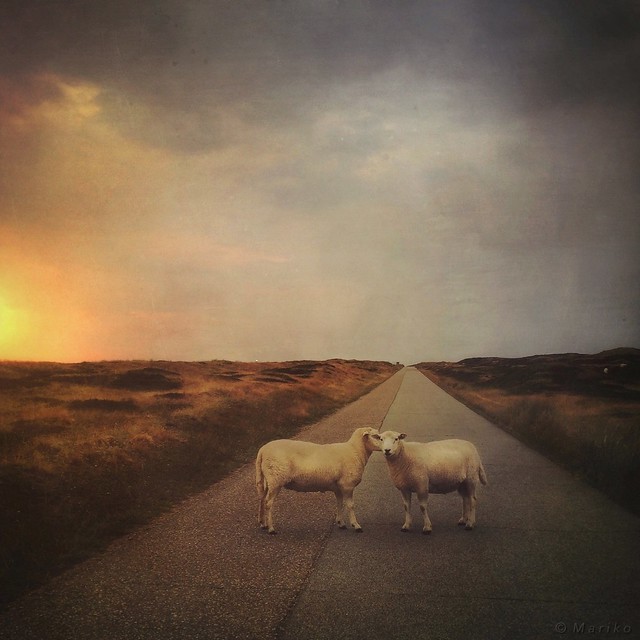 Backstory: This photo was taken on the island of Sylt in Germany. Very early in the morning I was driving to a nearby lighthouse to see the sunrise when I saw some sheep grazing alongside the road. I stopped to have a look. Then these two sheep came and met on the road and started ‘whispering’. It was like they were wondering about that crazy human taking pictures at this time of the day… 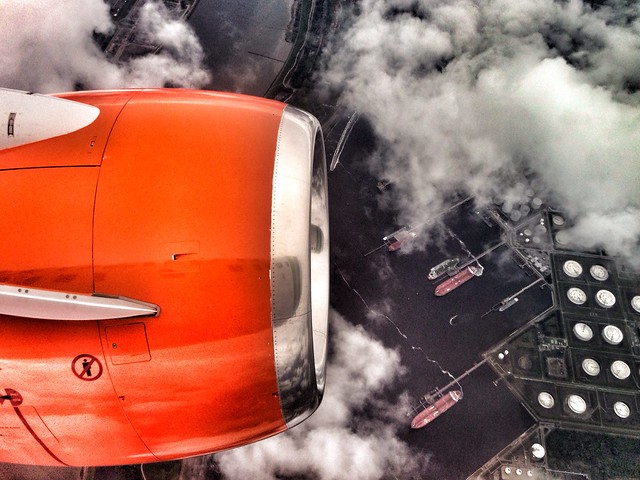 Flying over Rotterdam by borisbshulz2009 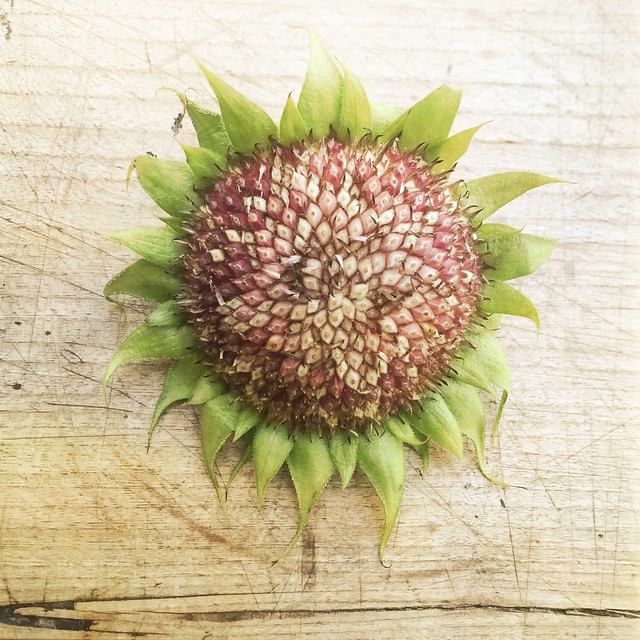 Backstory: This friendly sunflower’s head lay on Grandma Rosa’s 100-year-old wooden kitchen table. I like the way the grains build a geometric pattern and the green aureoles against the wood. The traces of use on the table giving the vague idea of leaves and a stalk. Yes, we are here.

I overlaid it with a warm texture in Stackables app – no further edits beyond that.

Jack… The photo bomber… by spider.69

Apps used: The photo was taken using only the back camera, and slightly edited using Photoshop Express.

Backstory: I was out walking the dogs hoping for some nice sunset pictures when I came across some washed up kelp. I got down low to get the best reflection and to catch the waves and sky at a better angle, however just as I took it my dog appeared and photo bombed! He then ran off with the kelp! I never liked this photo much but it grew on me! 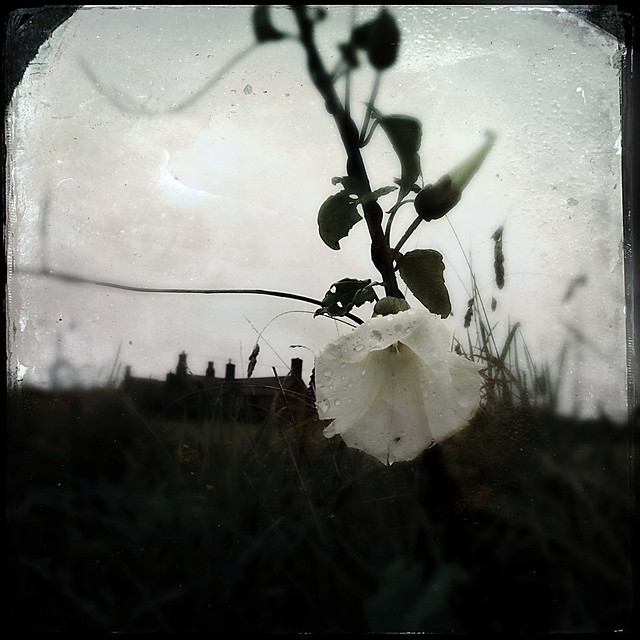 Tear Drops by -j-o-s-e-
(for the little boy, Aylan Kurdi)

Backstory: I wanted to try something new with Hipstamatic lenses and films so flicking though those available to buy just before I went on holiday to Botallack in Cornwall, I came across this SnapPak and I really liked the idea of making images of this old tin mining area of Cornwall using an app that mimicked the tintypes of the day when it was still such a huge industry in Cornwall. I don’t think tin was ever actually used in the metal sheets but I liked the connection.

I go to Cornwall every summer and always to the far west of Cornwall where Wheal Owles a.k.a Wheal Leisure and Crown Mines a.k.a Wheal Edward are located – the mines used in the BBC’s new ‘Poldark’ series. So, this was the first morning of the holiday and a just a short walk away from our rented cottage. It had been raining a lot so big puddles all over the place, there were seascapes to be taken everywhere you looked but this one of the Bindweed was on my way back and I was taken with how delicate and fragile it looked, drenched in raindrops yet standing proud above the hedgerow. I took three shots and thought this was the best. 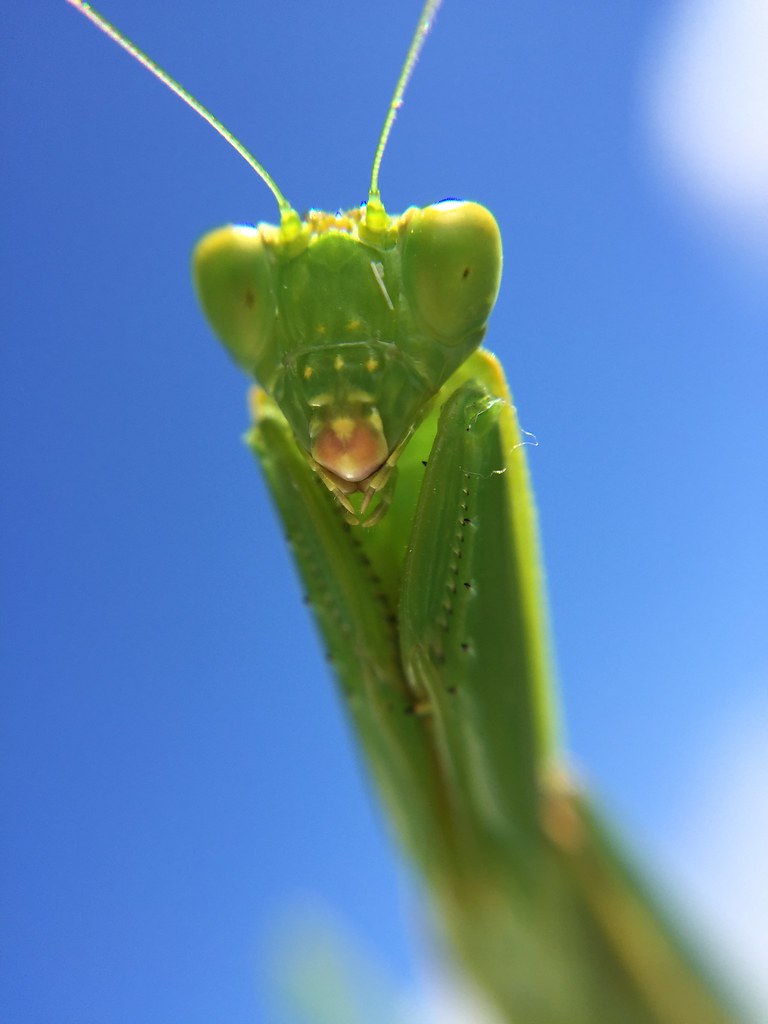 Backstory: I saw this little fella on the handrail outside. So attached my olloclip & slowly got my iPhone up nice & close, hoping he would not flyaway. I took about 30 photos of him at first. Non of which where really that great. It’s quite hard with macro to keep a steady hand & at a descent angle. I quite often find myself holding my breath to take the shot. As camera blur I find is a huge problem with macro photography. Anyway, after almost giving up on taking anymore photos he decided to climb up onto my iPhone. So I held my phone in a horizontal position with the camera facing upwards. He then starts looking straight into the lens. I’m sure it was his own reflection he could see that he seemed so intrigued in. So I was just taking as many photos as I could without being able to see the screen & just hoping for the best. Afterwards, going through my camera roll, I was amazed to see this shot. As most were ether out of focus or just not that great at all.

Old versus New…. by Peter Parker

Backstory: As I stood taking this I was stunned and captivated by the stark contrast in my field of vision. The Victorian architecture still visible and the new fresh buildings of retail also standing tall alongside them. I darkened the sky as I wanted to focus to be on the architecture of the city. 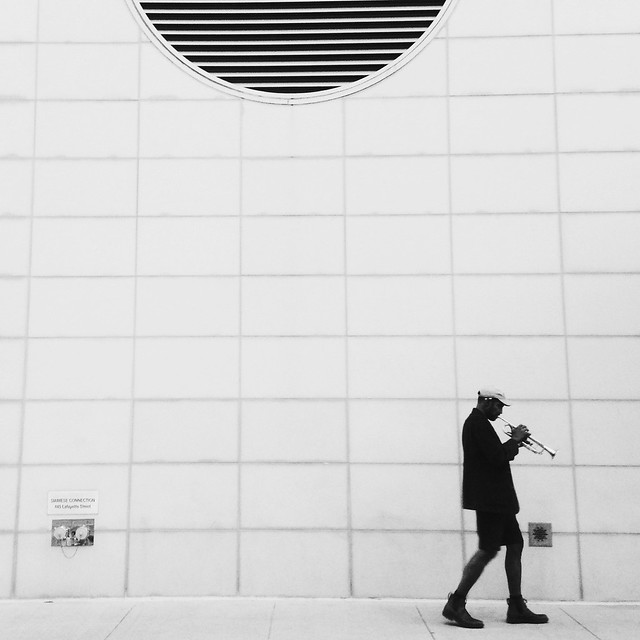 Backstory: I was out in the east village looking for something interesting to shoot…i saw him starting to play his trumpet and strolling from one side of the building to the other and thought this would be great, his all black outfit playing his trumpet against the all white background, and immediately ran across the street before he walked away from the wall and snapped this pic. 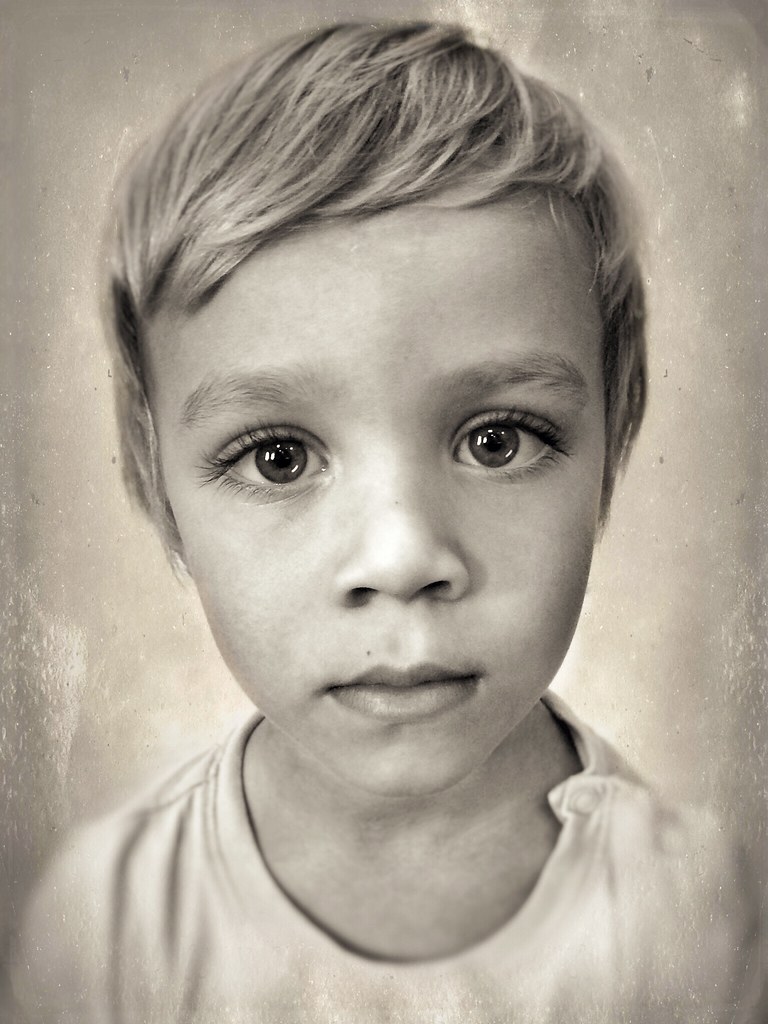 Once upon a time, when women were birds… by Lorenka Campos

Backstory: “Once upon a time, when women were birds, there was the simple understanding that to sing at dawn and to sing at dusk was to heal the world through joy. The birds still remember what we have forgotten, that the world is meant to be celebrated.”
Terry Tempest Williams, When Women Were Birds: Fifty-four Variations on Voice