This week’s Apps Uncovered presents a selection of what I found to be the most compelling images for the week, across a wide range of styles and subjects – all celebrating the theme of One, Two & Three (loosely interpreted for my self-serving purposes).

This week’s lead artwork, by veteran iPhoneographic artist Lumilyon (Nettie Edwards) is a Hipstamatic capture of southern Sweden in spring. I love the feeling of a seemingly inadvertent double exposure, and slight traces of expired chemicals in this Polaroid-style print along the edges. The composition dovetails nicely and naturally with the technique in this timeless and mysterious landscape.

Apps used: Hipstamatic, snapseed, LoMob
Backstory: The weather was terrible: sleet and rain, mud on the ground, but I decided I needed some fresh air so went for a walk down the road out from the village, towards the lake.
In the landscape, I wanted to capture the quiet restraint of the Southern Swedish landscape with its vast skies.

Backstory: One of the images from my Possess(ed) series. Personal possessions, many stories be told. This one in particular is of my dad’s favorite Porsche tshirt. He accidentally “tie dyed” it with bleach while treating the roof of his house for fungus (Florida). He wanted me to have it. Posted this image on his birthday. He passed in August of 2014. He would have been 92. 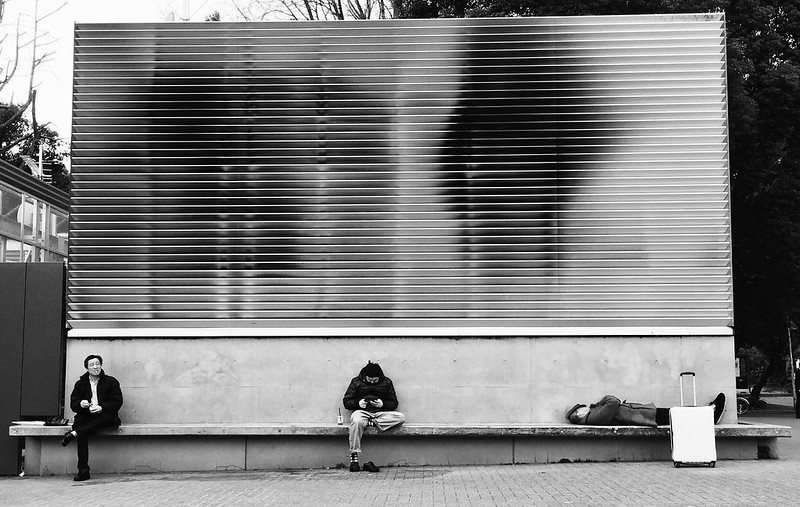 Backstory: This photo was taken in Ueno park, Tokyo. I’d just entered the park with my wife and this was the first scene I saw. As I walked past I was struck by what a cool scene it was but I actually just walked past.. A minute later I decided to go back and snap a couple of pics.

Fortunately the timing was great as I just caught the guy on the left about to light up a cigarette which added something to the shot.. Sometimes you’ve got to trust your instincts and, if you feel you’ve missed something, make sure you go back and snap it.. I’ve had this a few times & I think 50% of the time the scene has still been there. Moral of the story, trust your instincts.

App used and backstory: The app I used to create this picture was Snapseed my go to app.
There is not much of a backstory to this picture. I was on my way home on the bus from work and the passenger in front of me just went into this “pose”. I just took the shot and this is the result. Having the iphone always with me has over the last few years has resulted in some interesting pictures to say the least.

Apps used and backstory: This photo I took while visiting a Collectorama Fair a couple of weekends ago. As I was walking around I saw the three men sitting on the tiered steps and knew that I had to get a photo of them. I like how they are all in different poses and all seemed to line up diagonally. I didn’t do much to the image, just made some minor adjustments in Snapseed.

Apps used and backstory: What i did first was to open the photo with my filterstorm PRO as i do with all photos to correct the curves the lighting issues and to take the black backround to the photo , i used clone to make black the clothes of my model too so the photo would “catch” the eye focused to her lovely tattoos …ready .. saved .. i opened the photo with another favorite app that is mono.vu to use the filter mono26 that gives that shinny touch to my photos ,, .next app is scratchcam to add some scratches to the photo to make it look retro.. blender is what follows next ,where i had to blend many times the photo adding layers to this again and again till i found a wonderful layer to cover her beautiful face ..saved.

next stop of course the app stackables where i opened the image and i switched to the formulas category to add first the effect Asylum there and then the saved photo with the formula Tintype where more sctraches appeared and this shinning blur to her face and the frame that this formula gives to my photos ..and the photo was ready with me after six and a half hours working non stop thirsty to add something so beautiful (according always to the words of collectors that they were interesting to know about the work) to my gallery ..
and this is how my raw photo transformed to a vintage photo to a very intense portrait cause of the light and the colors ..

Apps used and backstory: This image was shot in the latest version of Hipstamatic using the new Arjan BW film, which I really like for its heavy contrasts. I added the Smith lens for extra drama – the edges are softened with this lens, creating a little mystery. I envisioned my girls as elegant swans, but with a somewhat dark twist. The bird cage prop was added at the last minute as a suggestion by my daughter, complimenting the avian theme yet symbolizing freedom in a way. We chose a location near home called Northern State recreation area, which has many abandoned outbuildings perfect for staging scenes. Hipstamatic was the only app used in this photo. 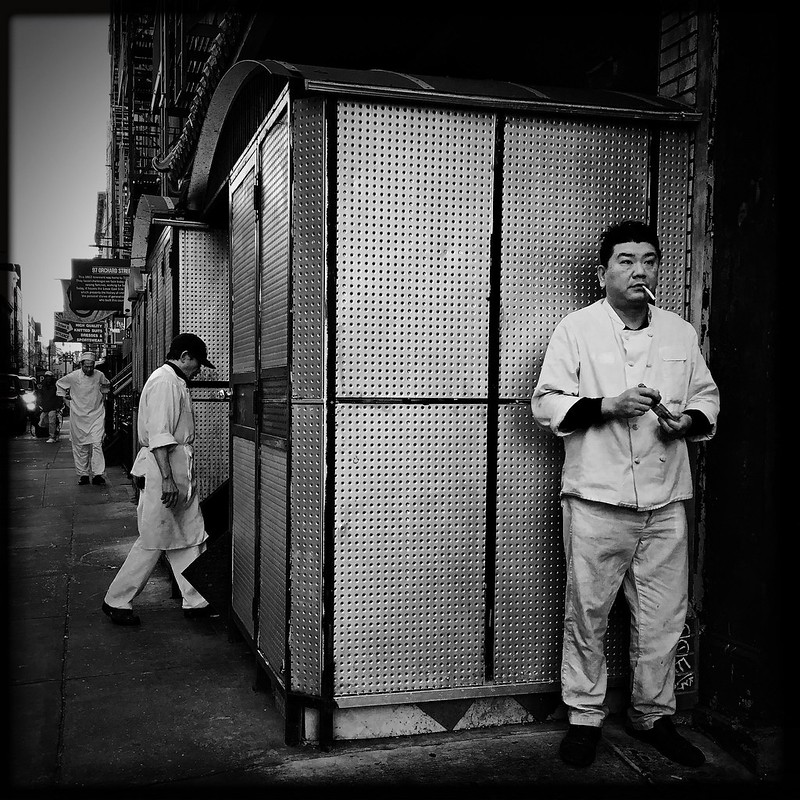 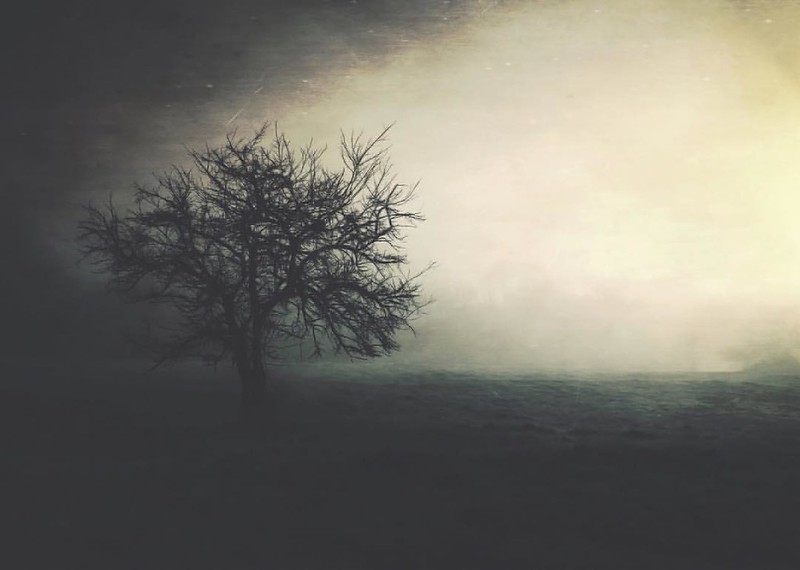 the waiting, the yearning by Scott Williams

Backstory: I created this image using Pro shot camera and then post processed it using Mextures, Tangled FX and Image Blender. I was out early on a wintery Saturday morning and happened across a misty field with a lone tree off in the distance. The original image didn’t capture the essence of the moment to me so I used Mextures to create a more somber atmosphere and then Tangled FX and Image Blender to soften up the edges just a bit.

Backstory: Part of my ongoing fascination with “the organic”/produce. In this case…the peel of an onion, almost discarded, until I recognized it’s potential beauty as an image.

Apps used and backstory: I used Hipstamatic 300 with John S lens and Irom 2000 film for shooting this photo. Then I added Red Eye Gel flash to enhance the sunset red and made some adjustments on Hipstamatic’s editing suit.

I was visiting a museum near to Ankara Castle in the old part of the city. I decided to climb the ramparts and capture the sunset. The weather was warm. There were many people walking around, watching the view and taking selfies. Meanwhile I spotted two boys who were walking their dog. I waited for them and luckily captured this photo.