If you’d like a chance to be featured in this weekly showcase, please remember to include your apps and backstories with your photos. Thank you, as always for submitting your amazing work.- For a chance to feature, please join our Flickr group.
Thank you all for contributing your wonderful images and we look forward to discovering the stories and techniques behind them. If you have any questions regarding this feature, please email Nicki at nicki@iPhoneographyCentral.com
Thank you all for sharing your wonderful images on our iPC Flickr group. Don’t forget to make sure you have photo sharing turned on in your Flickr account settings! Wishing you all a great iPhone shooting and editing week! 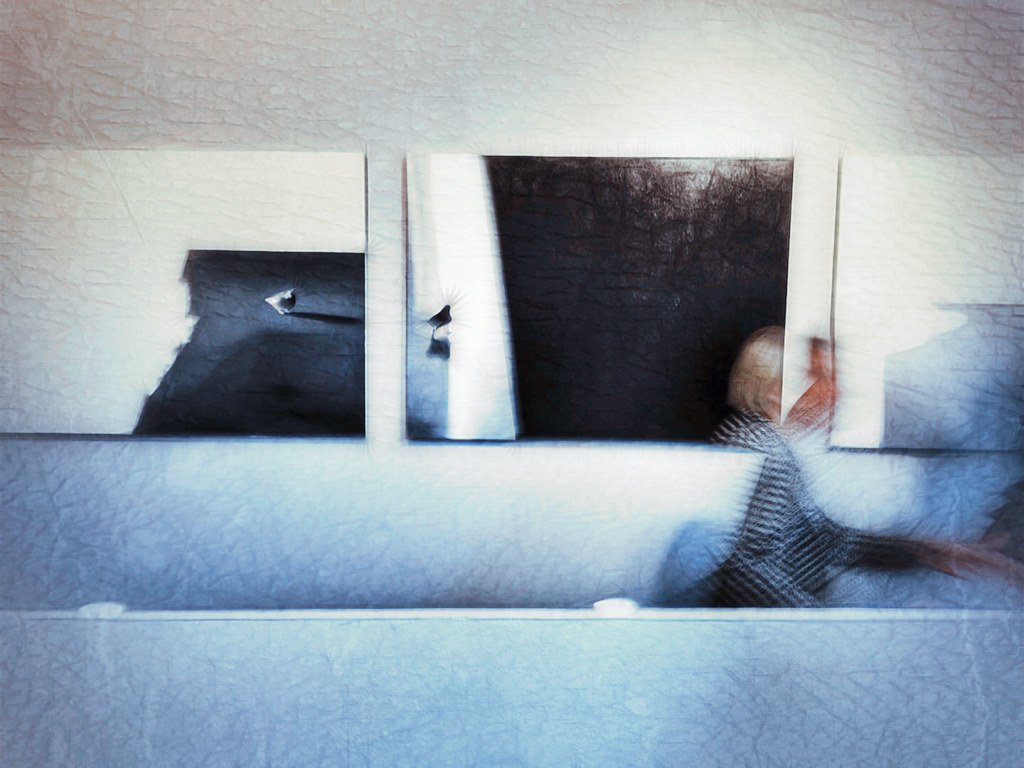 Apps used: SlowShutter, Snapseed, iColorama Backstory: I was in a gallery with paintings of birds in the background. I took this photo with the SlowShutter app which keeps the background sharp and blurs the moving figure. Part of the woman appeared to be stuck on the painting while the rest of her moved on. The photo was processed in Snapseed using a blueish grunge filter, and then in iColorama using the Lighten #3 preset in the Style category to emphasize the lines, and some light color enhancing. 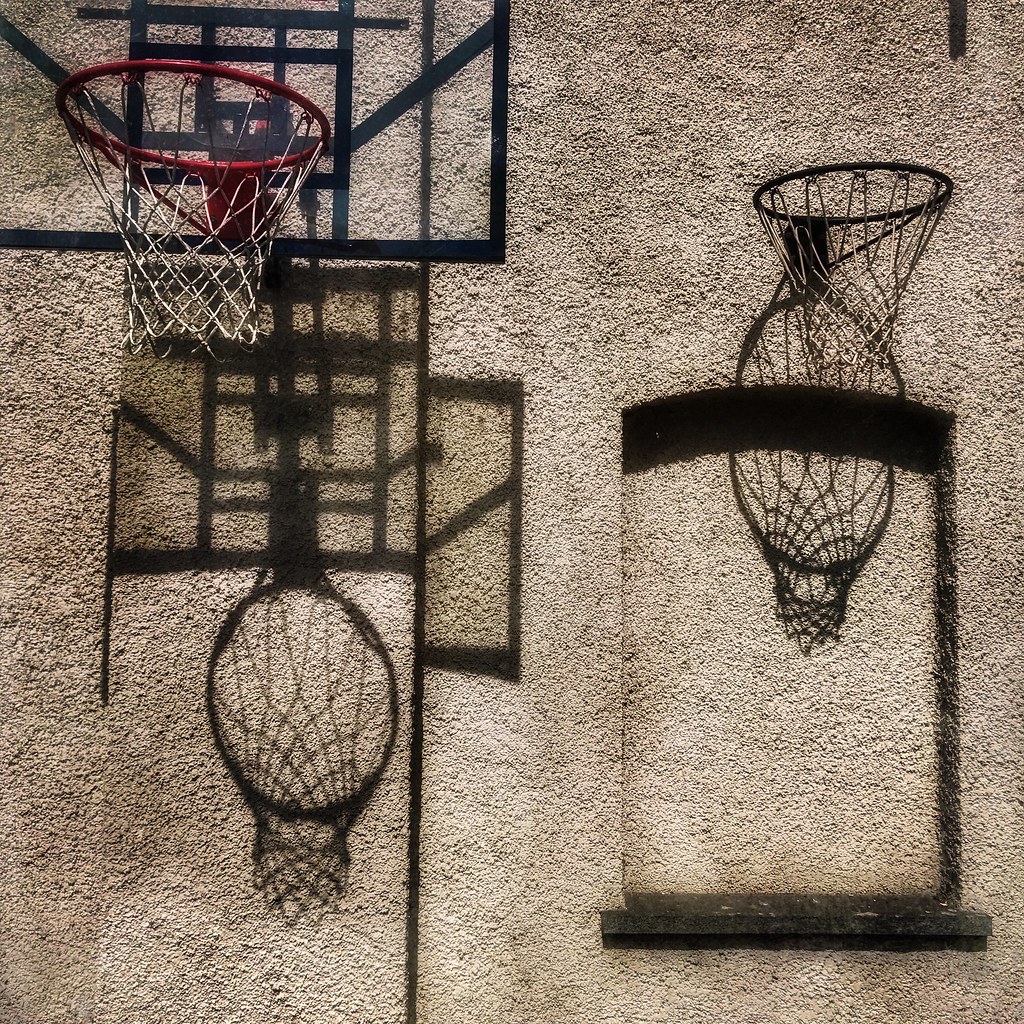 Apps used: I shot with the iPhone 7plus default camera, applied basic edit (and crop) with Snapseed then imported it into Hipstamatic (Love 81 film, Lumière lens). Overall the final net effect was just a bit of darkening and a touch of contrast. Backstory: A wall with a shallow pillar and filled-in window, two baskets, strong sunlight. How could I not notice and not reach for my iPhone? The configuration was ideal for a square photo, the only problem was that in the sunlight I had to shoot almost blind, which required a slight crop in post-processing. 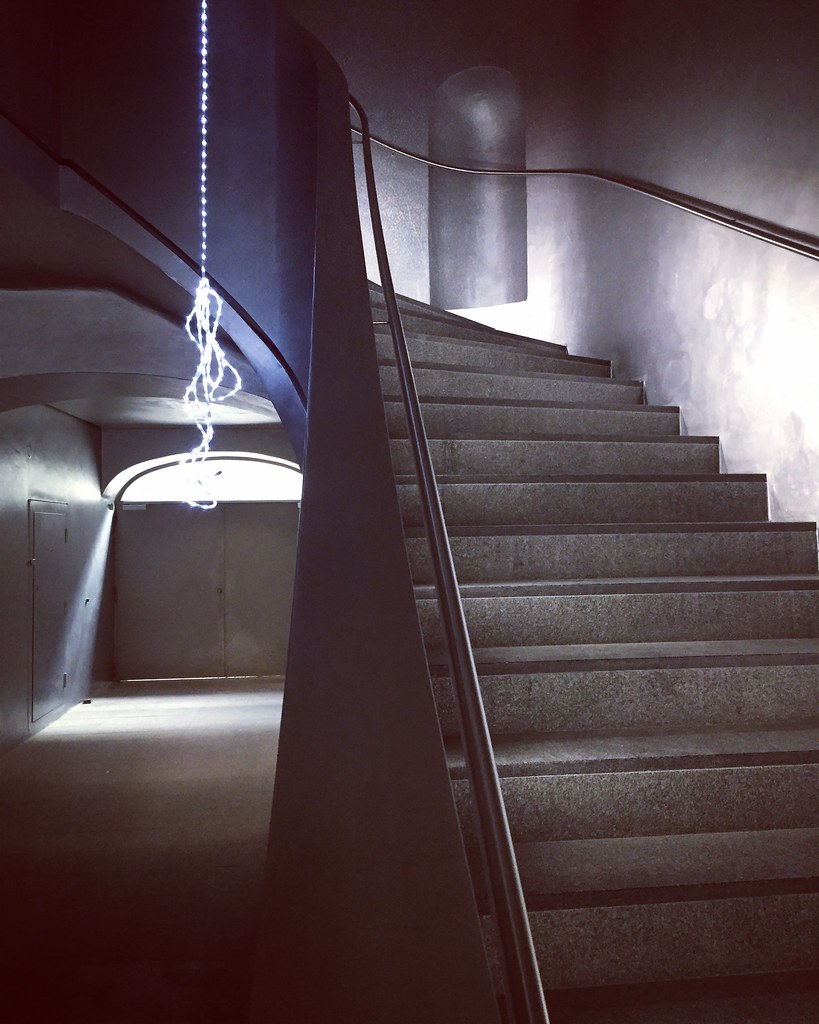 Apps used: I used iphone6 Backstory: I was wandering through Innsbruck’s main square. I noticed a gap between two stores. It lead me to this grey entrance where modern and ancient architecture meet. Composition was determined by the upper recess in the wall that somehow matches the archway below. 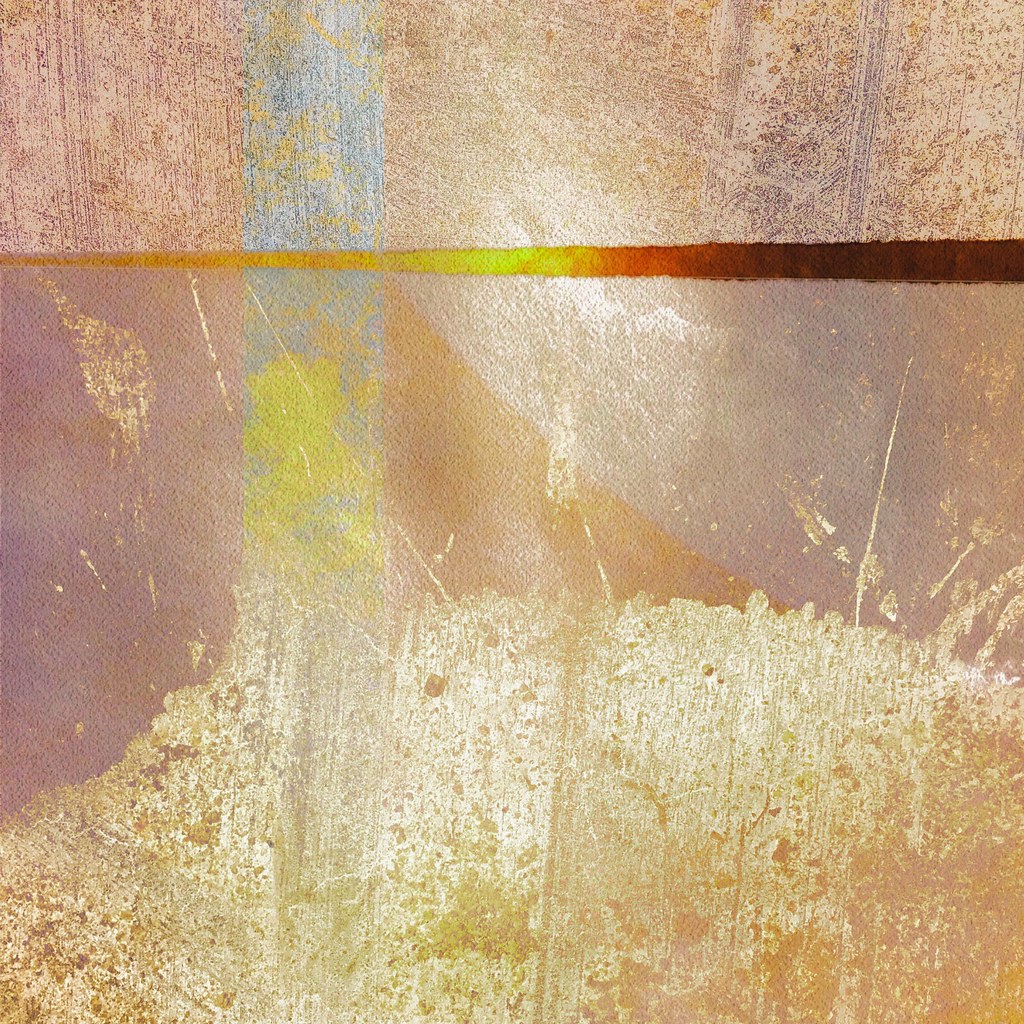 Apps used: Hipstamatic, Snapseed, Enlight, and Superimpose.
Backstory: The origin of this image was a quick Hipsta shot of an old paint spill on a concrete floor at our local home builder supply store. It had so much texture and motion that I could have lifted a section of the floor into a frame and hung it in most any contemporary gallery! Once I found and shot this “spill” I walked the stores aisle and found several other otherwise innocent textural compositions and was able to create a three image series about Day into Night. 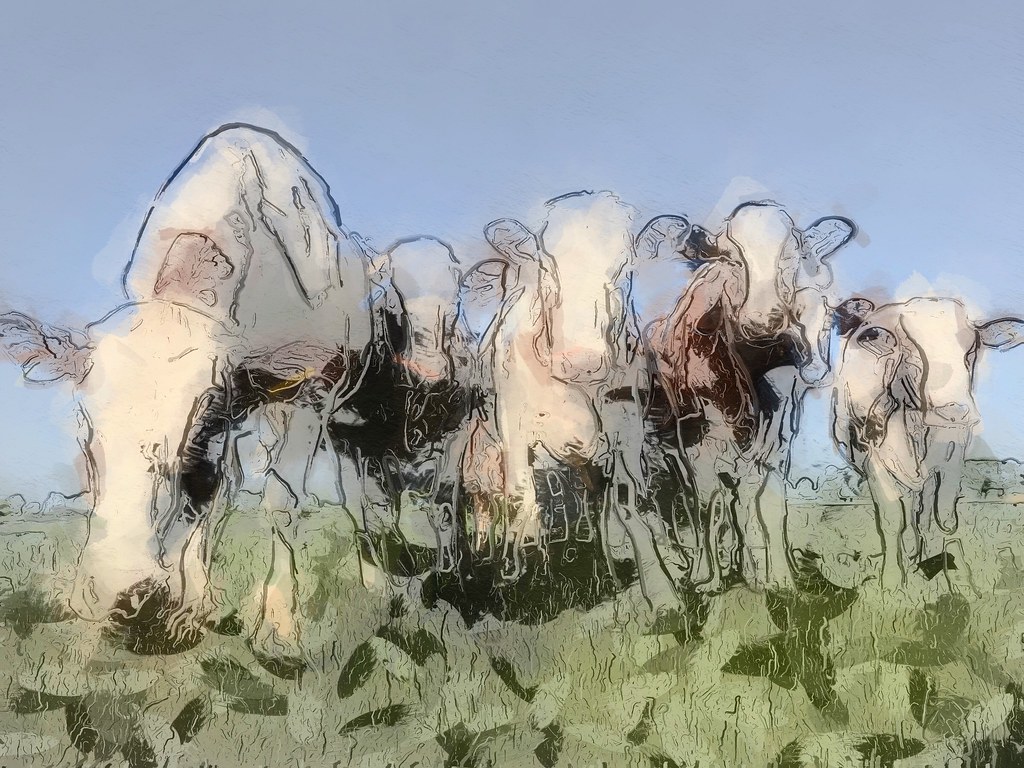 Apps used: Retouch, PaintCan, Snapseed, ToonCamera Glaze and ImageBlender. Backstory: The first thing I did after taking this picture was removing the fence wire with Retouch (great app). After that I proceeded it in PaintCan to make the colored background. Than I made a black and white version of the original photo (without the fence wire) in Snapseed. This b&w version was proceeded in ToonCamera first and in Glaze next. The Glaze result and the colored background from PaintCan were blended in ImageBlender. The result is what you see. 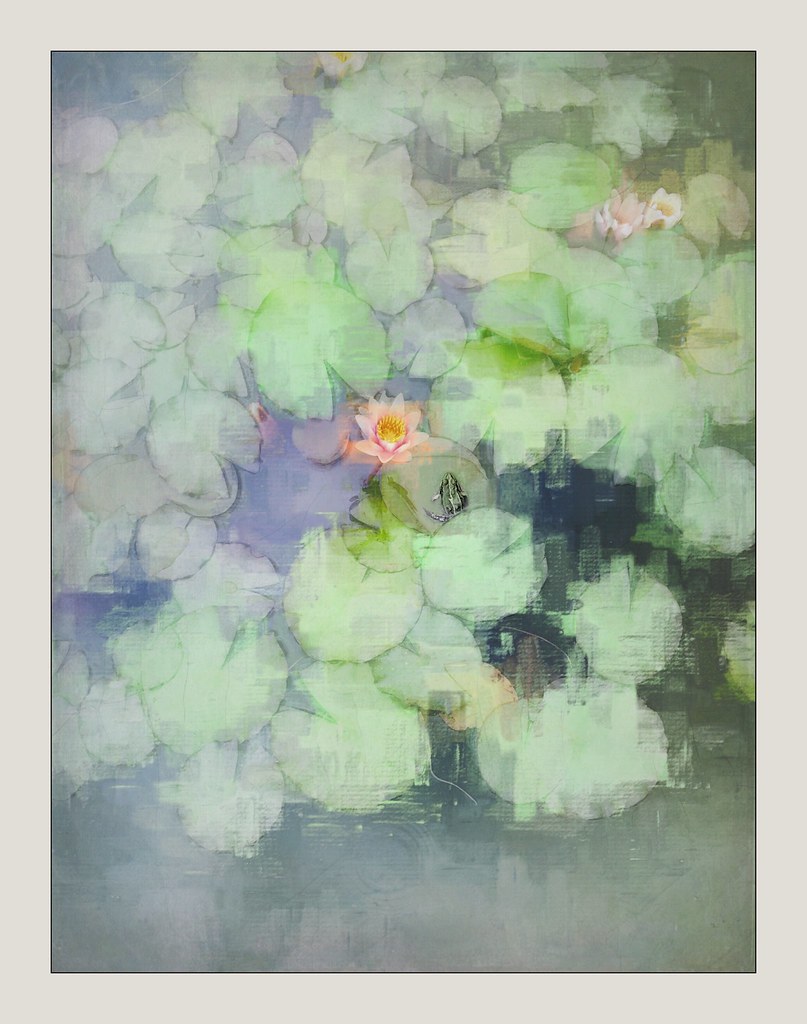 Apps used: Self Portrait taken with the iPhone 7+ camera. Processed in Procreate, Snapseed and Mextures. 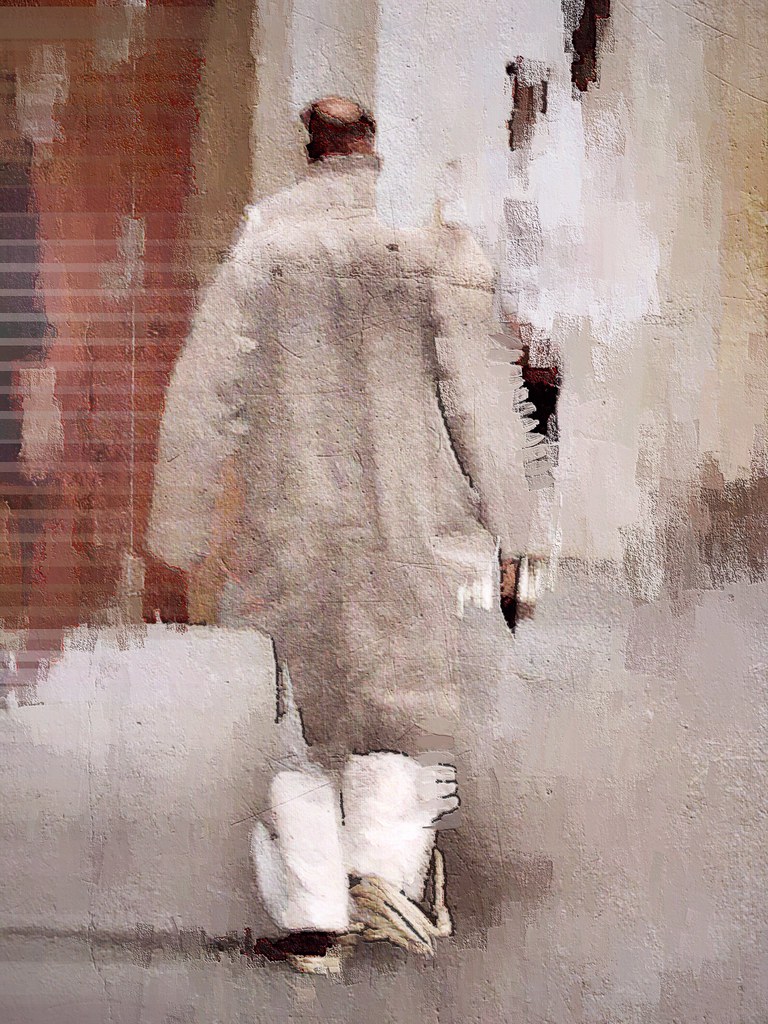 Apps used: Slowshutter, Snapseed, Image Blender, XnView Fx, Repix, Waterlogue, iColorama S
Backstory: A dominant theme in most of my artwork is rootedness and movement occurring simultaneously. I am also very interested in the concepts of time and place as they occur in cyberspace. I spotted this gentleman at an art exhibition and he appeared to somehow belong to the past, the present and the future, or perhaps another dimension altogether. I am wanting to convey this in this piece and have called it “Time Travel”. 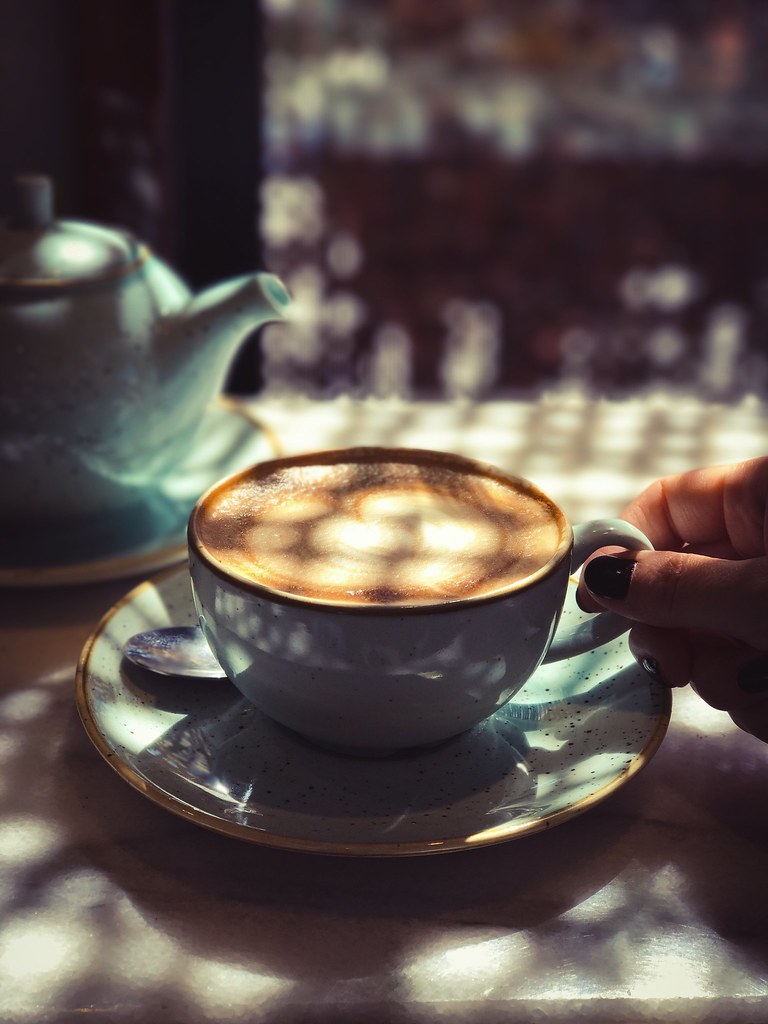 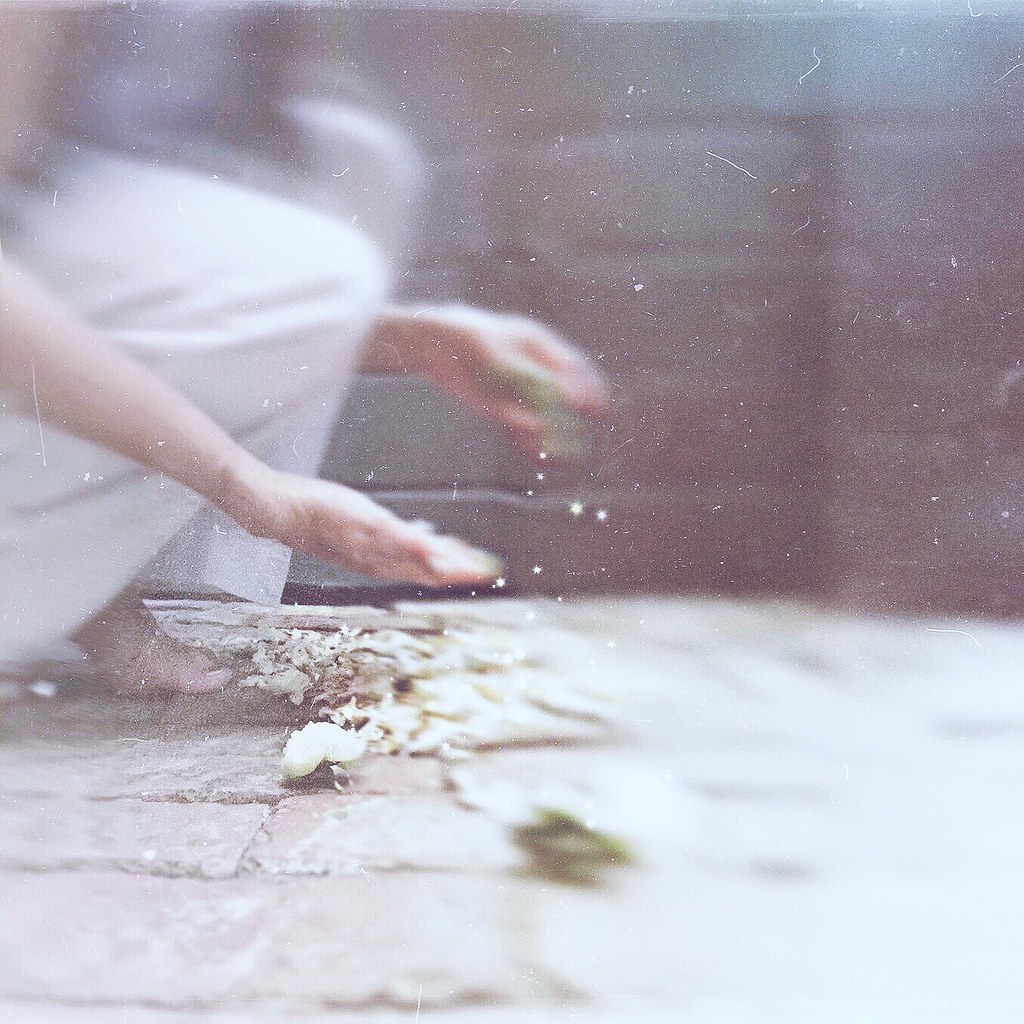 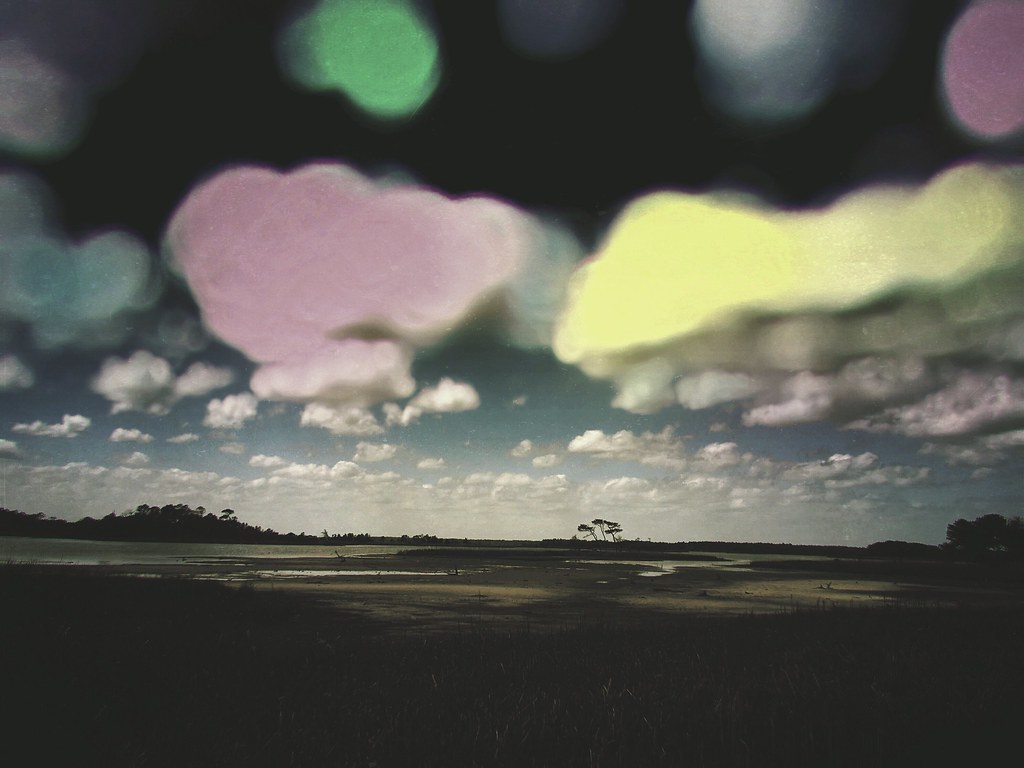