Faces – those of people and creatures other than people – represent the underlying theme for this week’s Apps Uncovered selections. It’s hard to say whether this week’s photographers set out to capture ever-beguiling faces per se, or these were simply a dividend to their creative vision – but capture them they did. Faces uniquely engage the eye – we’re always looking at photographs to identify the human element, the human perspective, the humanizing element. And faces pull us into the scene.

So many writers have spoken of faces, which can just as easily mean figuratively mean how we look out at the world, as much as how we look TO the world – but this one captured something true to the moment, at least for the those of us in the US, after the human tragedies of this last week:

“Did I offer peace today?
Did I bring a smile to someone’s face?
Did I say words of healing?
Did I let go of my anger and resentment?
Did I forgive?
Did I love?
These are the real questions.
I must trust that the little bit of love that I sow now will bear many fruits, here in this world and the life to come.”
– Henri Nouwen

This week’s lead artwork, “Her Little Birds,” by Barbara Braman, suggest peace, joy, living in the moment – all with bright colors and bold images, but with a bit of mystery woven in. You can see Barbara’s workflow from iPhone photo to beautiful colour prints in this fascinating article on Barbara’s creative process. 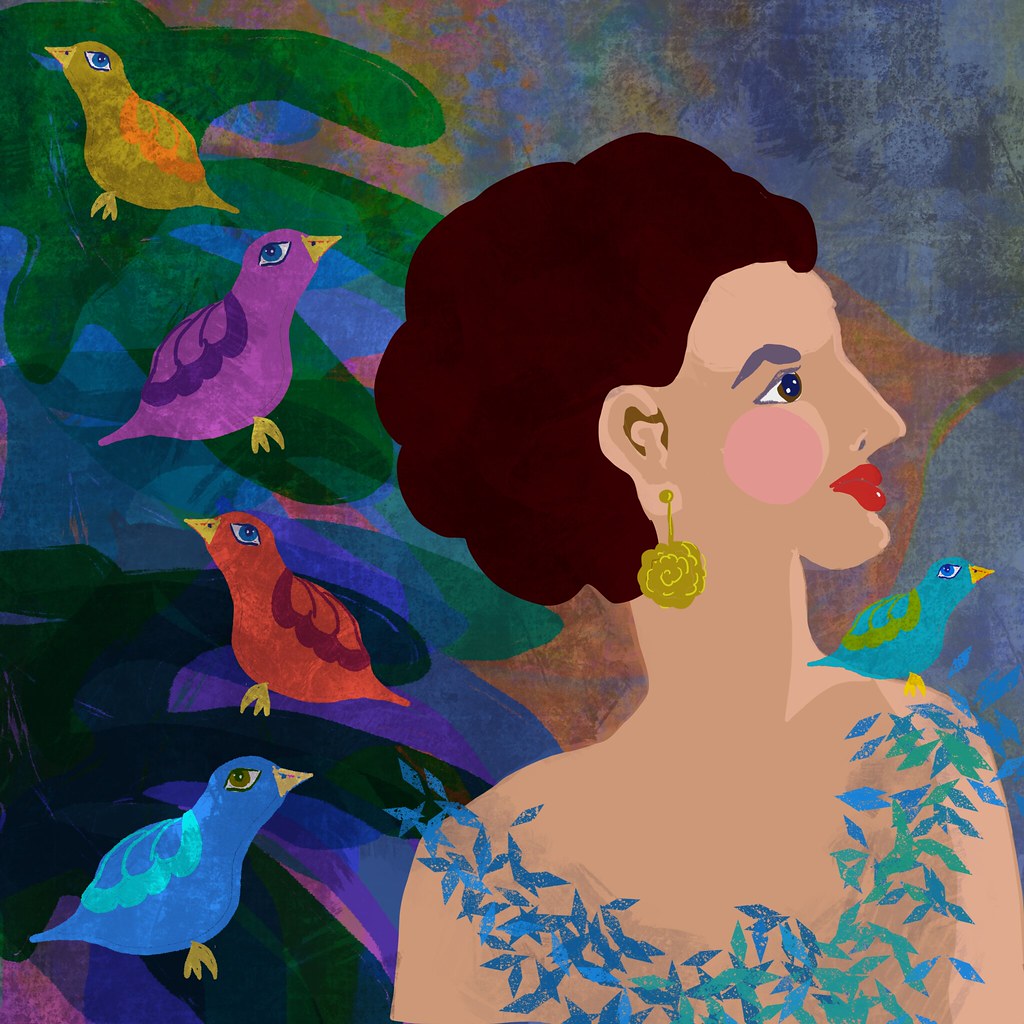 Her Litte Birds by Barbara Braman

You can see Barbara’s workflow from iPhone photo to beautiful colour prints in this fascinating article on Barbara’s work which includes a detailed approach to her creative process.

Apps used and backstory: I created Her Little Birds in Procreate. It is mostly drawn. The backstory: My son was visiting and we were talking about plans for his wedding which will be in Costa Rica. That for me thinking about elegance in tropical climes. I wanted to create a little mystery as well. 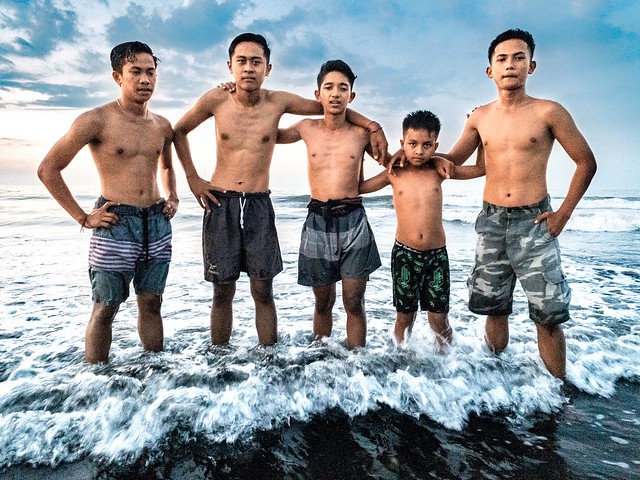 App used: Phone: iPhone XS Max, Capture app: ProCameral, Processing app: Lightroom Mobile + Snapseed
Backstory: On the last afternoon of my stay in Banjar, Bali, the “Sunset Gang”, boys who hung out together every afternoon on the beach in front of my rented villa, were swimming and playing soccer until it got dark, as usual. A group portrait was made with them standing on the verge of ebb and flow, with the intention of making them appear emerging from the rushing tide.
The raw file was developed into jpeg in LightRoom Mobile and then lightly dodged and burned in Snapseed.

Apps used: Focos/TouchRetouch/Lightroom Mobile
Backstory: This was a street portrait. The man’s name was Gus. I felt his face had a lot of character. His appearance reminded me of those images of Biblical prophets or Apostles.
He was very mild mannered and quiet spoken man. He had an interesting dragon tattoo on his arm ; he told me he got it while serving as a Marine in the 70’s. We shared a few old veteran tales and then we went our separate ways, with me feeling very obliged that he allowed me to photograph him.
The shot was taken with the iPhone XS MAX native camera in portrait mode. I later applied a black background in the Focus app; then I did some retouching in Touch Retouch; and finally, I worked on the necessary image adjustments and monochrome conversion in Lightroom Mobile. It was very difficult assessing when to stop. Finally, I said enough, for fear of completely losing ,by overdoing it, what I was trying to say with this image. 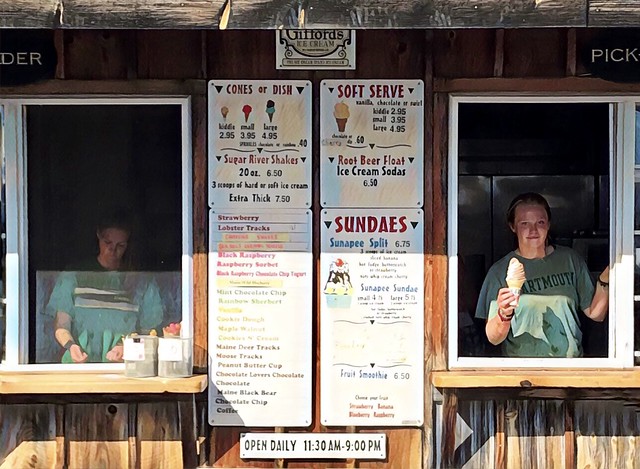 Apps: Prisma, Snapseed and Pixelmator
Backstory: What better treat on a warm summer day than an ice cream? I took a series of iPhone photos while waiting for my order and incidentally captured this server clearly noticing me and giving a smile for the camera! I often use Prisma to achieve a larger image size of cropped photos and digital-to-art conversions, as done here (this image uses their “Dallas” conversion). Snapseed has a great brush for making selective edits (exposure in this case), and then Pixelmator has a very useful paint tool that can be used to sharpen and redraw things (the letters in the sign at the center bottom were bit too washed out). The goal was simply to capture the building for my photo feed, but it turned into a nice artwork that captured the moment very well. 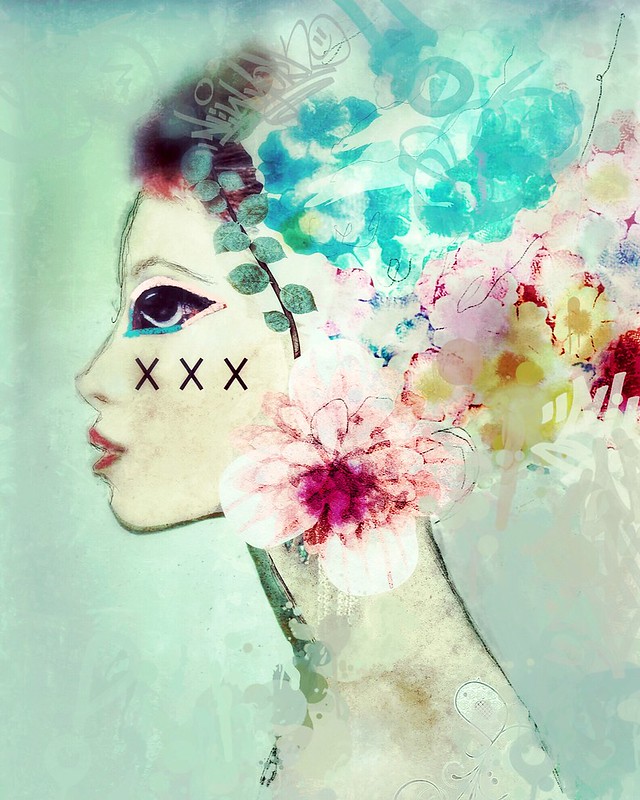 Made with Repix by Jennifer Bracewell 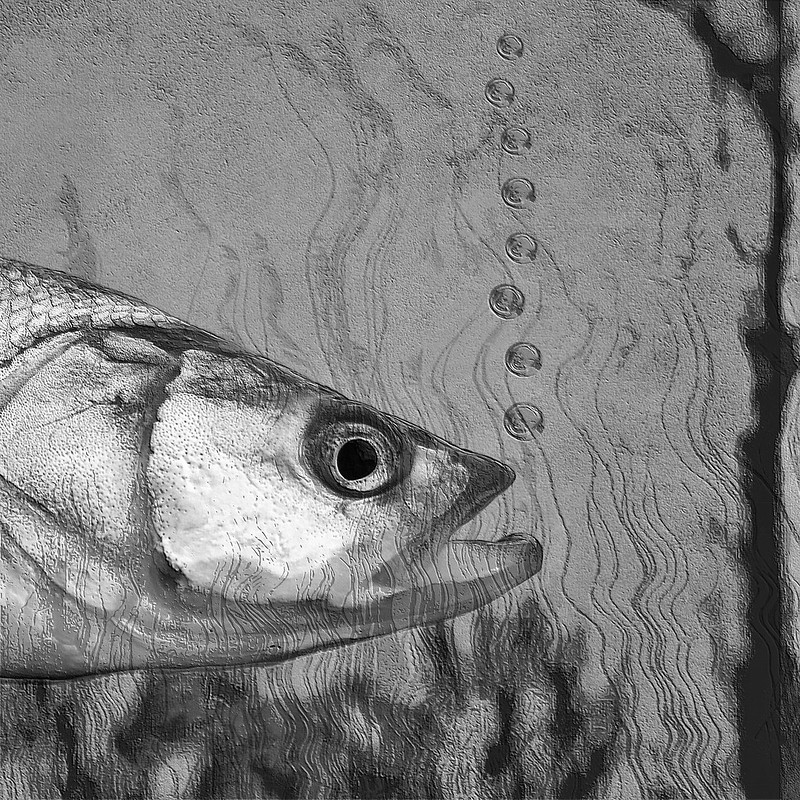 Apps used: iColorama, Adobe Capture, Superimposex, Snapseed, TouchRetouch (Shot with my iPhone6)
Backstory: I drove home from Rotterdam and took the scenic road alongside the river the Rotte (that gave Rotterdam it’s name). I was parking my Vespa to make some roadside pictures when a man parked his bike behind me. He started fishing and caught this fish within one minute, even before I got my first shot. I asked if I could take some pictures while he was holding the fish. I did it quickly so the fish could go back in the water.
Most of the editing, masking, layering and blending I did in Superimposex. I masked the man’s hands and the surroundings, searched my filmroll for some waterlike plants and layered them. Made a picture of a waterdrop in my sink and used iColorama to give it the right feel. Copied and blended it. I used Adobe Capture for the total image to give it a bit of a sketchy look and blended again. Finishing touch in Snapseed. 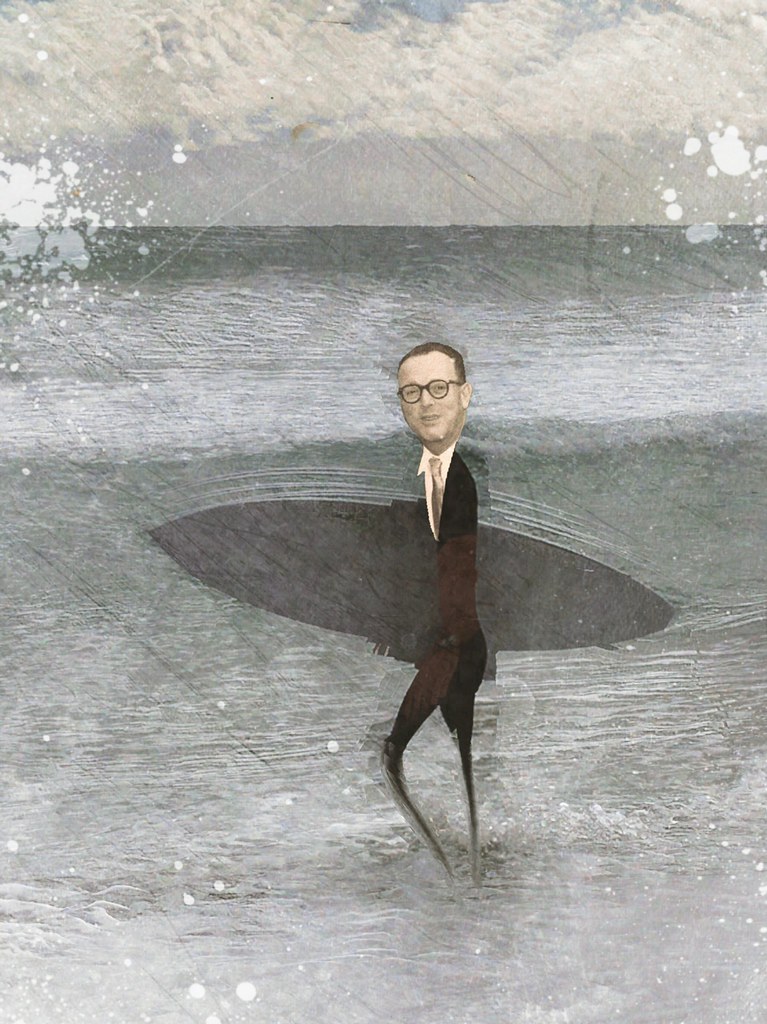 Slow Days at the Beach 1 by before.1st.light

Apps used: Slow Shutter, Procreate, ScratchCam
Backstory: I’ve been drawn to slow shutter images for years and take them all the time. The summer has made me want to work with my beach slow shutters. This is the first image in a series I’m working on collaging those images with vintage and other family photos. I am already excited to move this to a 2nd series “off beach”. 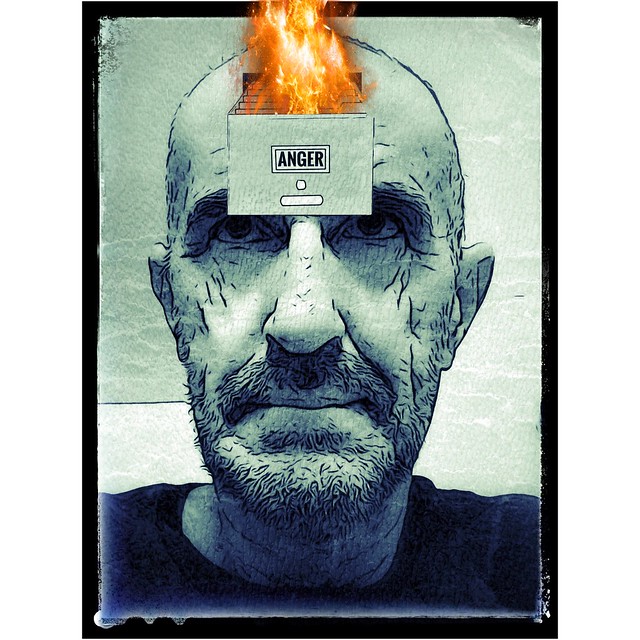 Burning Down the House by aka Tman

Apps used and backstory: Inspired by Dali and my own inquiry to know thyself.
Took a selfie and changed it into a black n white “drawing” via BeCasso app. The additional images of fire and file came from Pixabay. Overlays took place in Juxtaposer. Final additions, typo and framing in Snapseed.
Anger is a hot topic.I personally have “filed” copious amounts of it within this body of mine in the 60 plus years of experience so far. Am starting to deal with it appropriately and hopefully put out the “fire” and heal the damage it’s doing to this “ house” of mine. How about YOU? 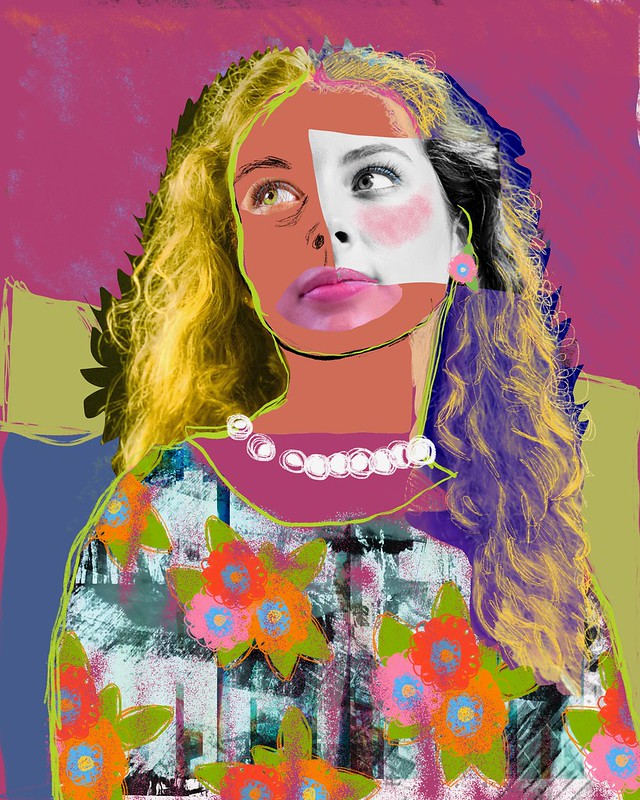 Can You Find Her by Barbara Braman

Apps used and backstory: Created entirely in Procreate using my own photo. I have been looking at how women are seen in many of my images, external versus internal.