This week’s Apps Uncovered recognizes a range of images and styles, from street photography to landscape and the surreal to the highly realistic. Leading off this week is Paul Moore’s sumptuous and slightly eerie image of a great house in disrepair with a very small girl in the middle distance. An apparition? 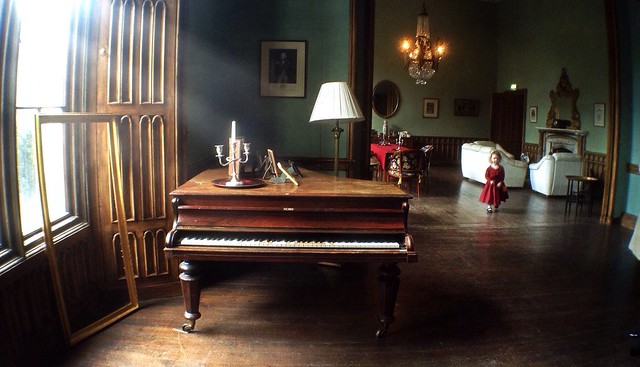 Backstory: This photo was taken in a place called Charleville Castle in my home town of Tullamore. It was built between 1800 and 1809. It is an amazing old building that had fallen into disrepair until the current owners moved in and began the slow and painful work of restoring it to it’s former glory.

The castle hosts a number of events (including a music festival) during the year to fund this restoration. I have been asked to be the photographer at one of these events in June. So in preparation for this I contacted the current owners to see if I could have a look around and they kindly obliged. I brought my kids up because I knew they would love the place.

I took this in one of the drawing rooms. A fantastic room decorated with antiques and with large windows for light. This was one of those lucky shots. My 2 and half year old daughter was just wandering around the room pretending to be a princess and she stopped to see what I was doing just as I took the shot. It really adds to the shot as she gives a sense of scale to the room. But it also adds a slightly eerie feeling to the shot. Particularly for people that know the history of the castle and the ghost stories associated with it 🙂

I cropped the original and adjusted the colour with PhotoToaster. I used Lenslight to enhance the light coming through the window. And finished it off with a filter from Mextures to give it a slightly vintage look.

After Spring Rain by David DeNagel

Backstory: This image was taken in Hermann,MO (facing South) from the Bond Bridge, which spans the Missouri River. I have always found this particular view a very moving perspective, filled often with the poetry and feel of Germanic romanticism. This is especially true of Hermann which. as a city ,celebrates its German origins and culture.

I shot this on an April day when it had been raining severely and the clouds,bulging river and drenched landscape all added to the dramatic Spring vista.

I used VividHDR for the main image and then did further post processing of contrast,levels and vignette in Snapseed. I then ran the image through VSCO cam filtering (a5 preset)to smooth the image and applied Rainydaze for a more pronounced atmosphere. Finally, for some texturing I used Stackables and ended with some blending of image versions in Superimpose until I got the result I envisioned. 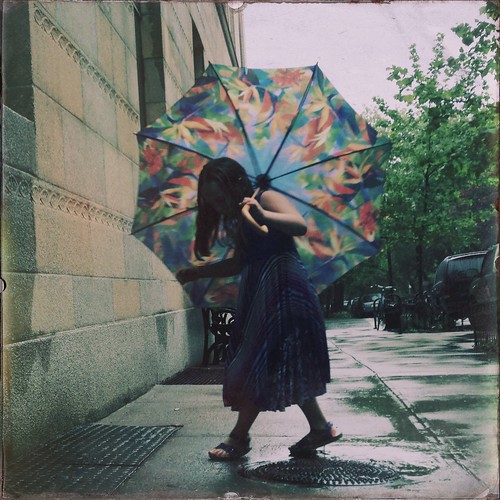 Apps Used: Shot with oggl and processed with the new Ballard pack.

Backstory: Penny is not the name of my daughter, but it was a name we were seriously considering. Here she is immediately after her 6th birthday party, playing in the rain. She loves these twirly dresses, which photograph so well, and I am always struck by how tall and grown up she is in photos, which, I guess, is something that’s difficult for me to see in real life.

A memory is better than nothing by Millo Salgado

Backstory: There’s no day at the beach that I don’t go into the sea with my iPhone while my kids, or strangers, are swimming in the ocean. But that day there was a lot of pelicans also, fishing very near of us, so I took really good shots that day. It was cloudy, so the Ina’s film worked very well here, looks like a very foggy atmosphere. That pelican was flying away but my son and my niece were looking other way, that’s when I decided to make the shot.

In bloom by Kristin Moeller

Backstory: I love to make photographs in nature. On the day when I shot this photo, the sun shone and it was a wonderful day! So I went out with my iPhone5s to explore the flowers which had grown in the days before.

I often make photos of bellis, because I like the yellow centre of them. Each individual “petal” is an individual flower. Most of them are symmetrical. It is exciting for me that nature “built” such perfect and symmetrical structures. No human is able to do this. I want to show the beauty and fascination of the little things in life.

I discovered this flower, and so I lay down on the grass and took some shots with Hipstamatic. I chose the most beautiful of them, and noticed some of the yellow tiny flowers in the centre were very wide open. I decided to edit them with TouchRetouch. Using Snapsee, I created a more colorful background. I emphasized the structure of the flower using PortraitFX.

After I used Superimpose to combine the two pics. I highlighted the white petals with Snapseed again.

Right of Birth by Allison Pistohl 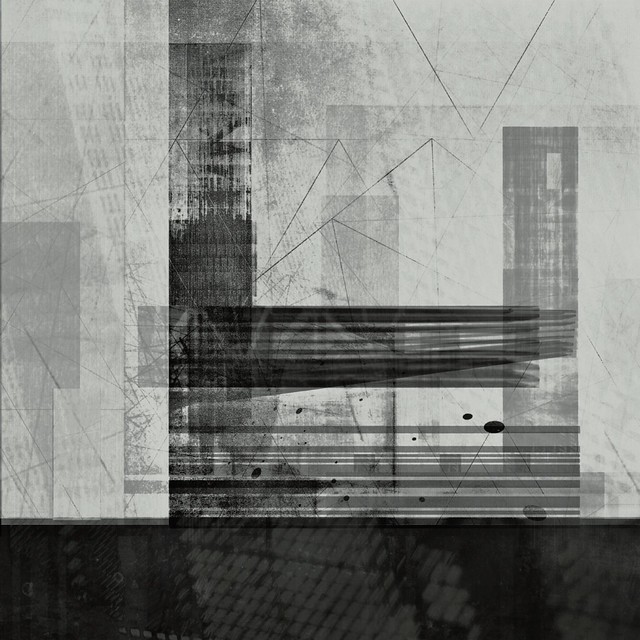 Backstory: The imaginary architectures are a series that I have been doing for about a year. I wanted to explore the concept of collage and sketch using only mobile technologies. this image was inspired by urban densities of the future or the concept of “horizontal skyscrapers”. the image itself is a many layered affair in which the mass, texture, and solid void relationships are built up over time. some of these drawings happen very quickly and others are long fights to extract an image, this was a relatively long drawing process of about 3 non consecutive hours. you can find more information on a blog I wrote: http://speakingofarchitecture-sfa.blogspot.com/2013/09/living-in-brownfield-carbon-copy.html

This image was heavily influenced by my interactions with aaron cahill and lynette jackson. the three of us are in the development stage of a show with the working title “every ware” in collaboration with the curatorial team at Project 4 Gallery in Wasington DC. It will be an exploration of place through the use of mobile software.

Backstory: Japanese people are familiar with cherry blossoms as a symbol of spring, which signify the coming of spring when they bloom all together at the beginning of spring. one day I found a broken Sakura branch that has buds. I watered it. then a few days later it made flowers bloom. I wanted to take a still life of Sakura with the book of Tomomi Kawase’s colored printing drew Sakura . by accident my black cat appeared behind a book. that was the good moment for shooting.

I Believe I Can Fly by Liz Traynor 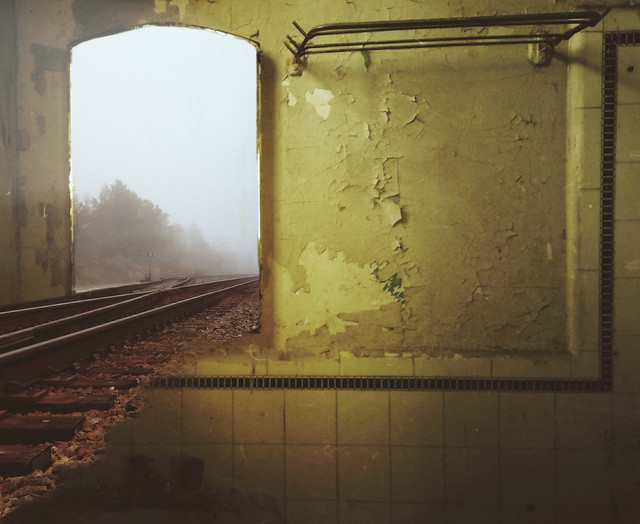 A Man of Means 3 by Brandon Kidwell

Backstory: This image is part of a photo essay I did called A Man of Means. The photos were shot at the abandoned Ambassador Hotel in Jacksonville, Florida and blended with some train tracks close to my house. The inspiration behind this series is I wanted to get an idea of what someone squatting in the abandoned hotel might see everywhere he goes. I imagined a man with many regrets, longing for the days of his youth when life was simpler and you could live on the road like a king hopping trains, finding road companions to share drink with and a tale or two. This man has failed to let go of those days and still sees hope of them behind every door and cabinet.

Backstory: World Autism Awareness Day was April 2 and April is National Autism Awareness Month.they have verbal communication problem. but some of them have an abundant ability of expression about drowning or writing. I express my respect for them and try to edit my selfie. accent color is blue. blue is one of their symbol colors. 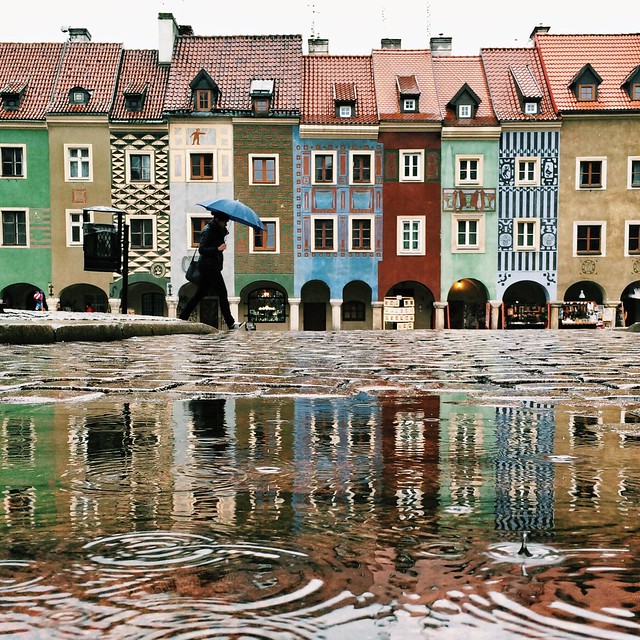 Backstory: It was another rainy day in my city. It was raining all day, but I decided to go for a short photo walk through the old market square and the oldest part of Poznan. I noticed this huge puddle on one of the streets leading to the square and a beautiful reflection of XVII century merchant houses. I had to stop and take a photo although I got soaked to the skin. I used Snapseed to crop photo and VSCO CAM to add a bit of analog look.