With spring in the air, our iPhoneographyCentral Flickr group sprung to life this week with an abundance of flowers and foliage populating the pages so enjoy this gallery of spring glory with a few photos outside the theme that just couldn’t be ignored. Our lead image this week is a gorgeous burst of spring colour shot by Nancy N. Hsieh on a Sunday stroll at the UCSC Arboretum; home to the largest collection of Australian plants in the country!

There are new gifts for iPhoneographyCentral SUBSCRIBERS up for grabs.

As a thank you to all of you who regularly contribute to the Apps Uncovered and regularly visit our website I am giving some of my “stuff” (prints, iPhone gear and more…) away to randomly chosen iPhoneographyCentral subscribers. For a chance to get a free gift, you just to need to be a subscriber to the iPhoneographyCentral newsletter list (sent out occasionally to all our subscribers).

App used: I used a Xenvo clip-on macro lens for this shot. Then edited with Snapseed for the overall light balance, because it was noon time and the light was too strong as such it creates lots of shadows. While I exported it to Instagram, I used one of the in-app filters to make it brighter..
Backstory: Took a stroll at the UCSC Arboretum on a Sunday morning. It had rained for a week and everything seems to be blooming, such a perfect time to visit! The Arboretum is famous for its largest collection of Australian plants in the country. Lucky to have discovered it. 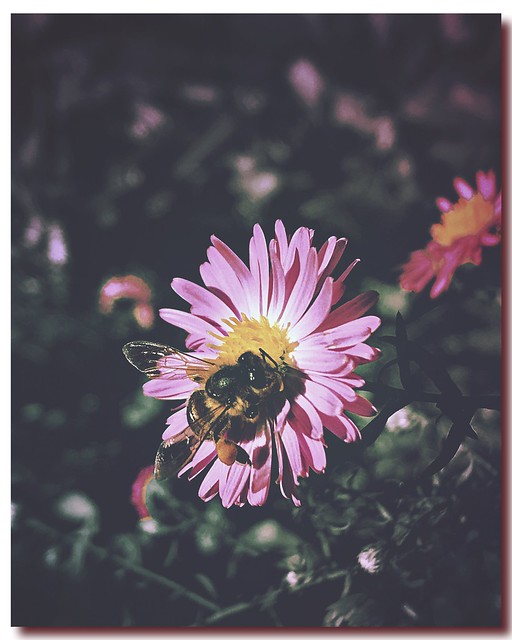 ***bee at work***🐝🌸 by Sergiy Beliayev
App used: the photo was shot on iPhone 7 Plus (I used Camera+ 2 app in a special ‘Macro’ mode). Post-processing was pretty long. First, I made some color adjustments using Color Accent app, then processed the image in RNI Films app using ‘Kodachrome Generic v.2’ preset and again made some adjustments like ‘exposure’, ‘sharpen, ‘temperature’ etc. After that it came a turn of Mextures app, and finally I used Pixelmator for making a presentation with ‘shadow’ and frame
Backstory: The shot was made in one of warm autumn days of October-2018. I started shooting flowers, when that bee landed on on of them, and it was big luck for me! 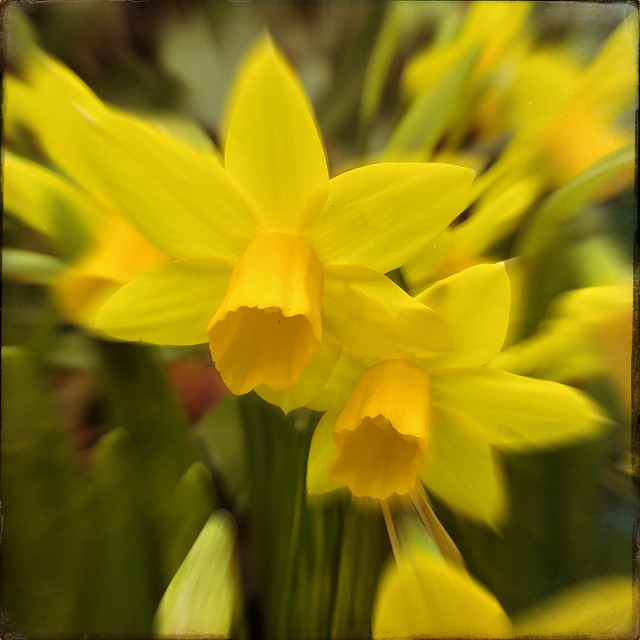 Floral sunshine by TAWPhotoArtistry
Apps used: Shot with iPhone, processed in Hipstamatic (Penny Lens, Sussex Film and Last Lemon Gel Flash).
Backstory: It’s spring here in central North Carolina so I’m all about finding flowers that are blooming to photograph. Discovered a small botanical garden where the daffodils where in full bloom. Wanted to do something a bit more artistic with this shot so played around in Hipstamatic till I came up with this combination. 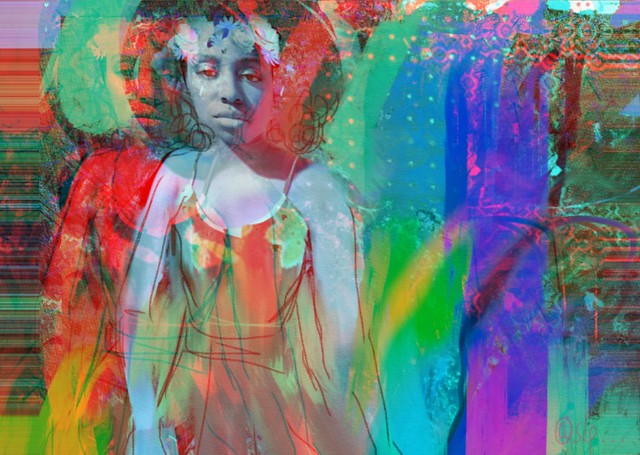 Spectrum by Stef LP
App used: Superimpose X, iColorama,Procreate, Snapseed
Backstory: I love working with Snapchat filtered selfies-I began using my friends as well. I was working on a composition wherein my subject was walking a flamingo. As most know entering the rabbit hole of Icolorama can lead one to the unintentional.
This result via the Effect: Multi (option 4- slides adjusted accordingly) afforded an A-hah moment… My work was done.
This image is cropped from original piece placing the focus on her as opposed to the story.
Its very gratifying when a project speaks for itself and the question of whether or not a piece is finished is self evident.
I can often get lost in the technical aspects of a concept. I put alot of work in building a composite and digital painting. It is liberating when a piece pulls together more intuitively. 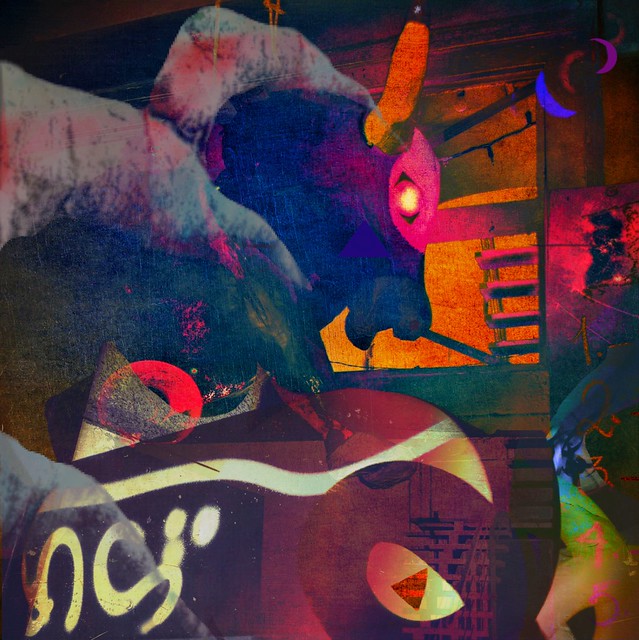 Backstory: In the process of creating an image I’ve got the habit of saving many or all the intermediate phases, because some of them might serve as starters to other pieces, or even as ‘finished’ pieces on their own. This particular piece was a half-way point between the original starter (a picture of a bull piñata hanging outside a restaurant) and another image I created.
Called “bulls DO have rights”, [this image is] my five cents to the anti-bullfighting movement.The process basically consisted in blending too many versions of the same image, which in turn was a mix of the piñata shot and other image heavily textured in Stackables. Made this mixes in Image Blender, reinforcing intermittently the texturing. Love playing in Stackables/Image Blender, especially because you can get really interesting and intense colors and at the same time do masking work. Both “Rights” and “Revenge” pieces were, btw, the result of one of the rare cases I don’t use iColorama along with image blender for blending / masking purposes. “Revenge” is an offshoot of the “Rights” trunk for which I used parts of other mid stages for another image. 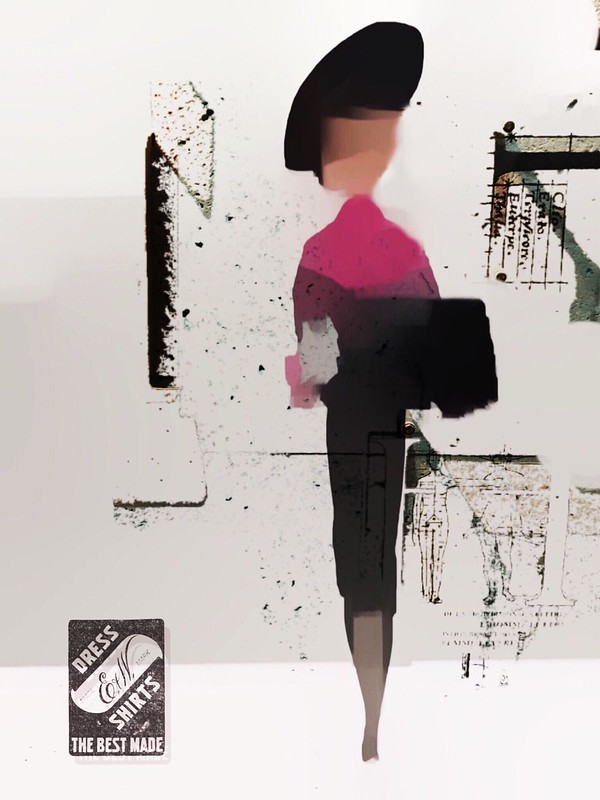 App used: Slow Shutter Cam wit hiPhone 8 and edited with iColorama, Superimpose and Retouch.
Backstory: One day, I saw a doll in the window of a Shopping Center. I took the picture with Slowshutter on my IPhone8. I just wanted to keep the silhouette. So I modified it in IColorama’s Simplify mode and made some adjustments with TouchRetouch. Then, a double exposure with another photo taken some time ago to make a contrast. Finally I added a stamp of IColorama brushes to realized that it created an Artefact… 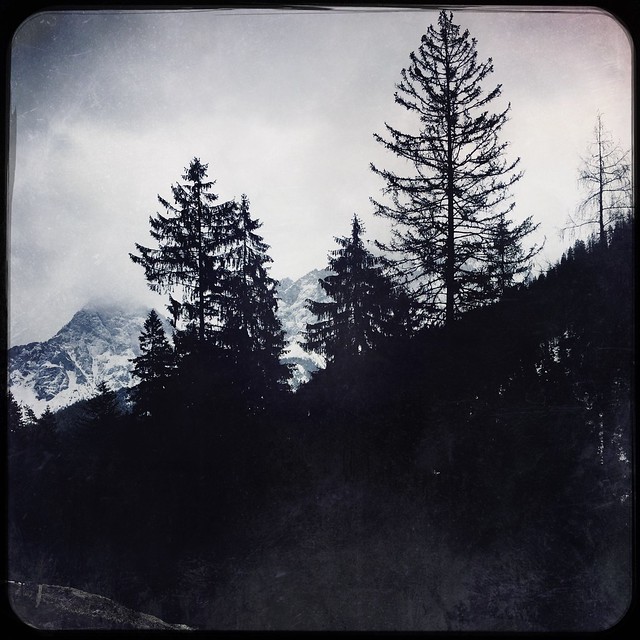 Backstory: Last week, we drove home from our winter holiday in northern Italy to the Netherlands. In Austria we like to take the Fernpass because of it’s great scenery! Just before we stopped in Biberwier for a “Schnitzel mit pommes” I took this shot through the windshield with my Iphone 6.

Late at night, at home and tired of the journey I flicked through my images of the day for my 365 project. I chose this one (over my planned schnitzel photo). I edited in Hipstamatic, my go to app when I want a quick and nice result. I like the shuffle mode to see what different lenses, films and filters can do for my shot. A bit of tweaking and removing texture from the lens got me this result. 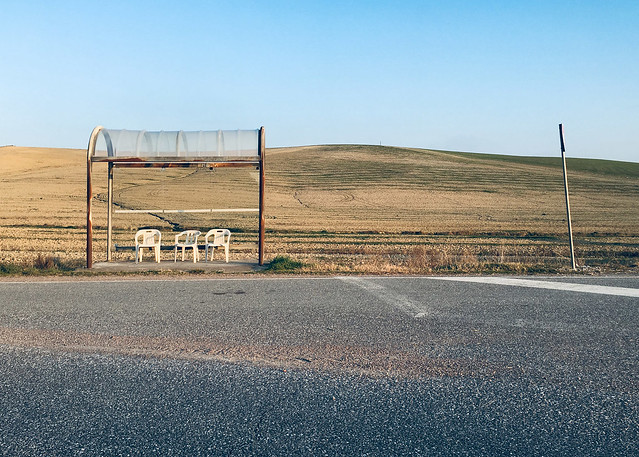 Bus stop by Alessandro Banducci
Apps Used: I took the photo directly with my Iphone camera and then I little bit correct with a “dramatic” filter.

Backstory: I was driving in the Tuscany country side – not so far where I live but anyway in a zone rarely visited o even crossed – and I bumped into this so peculiar corner in the right light moment to take a picture. 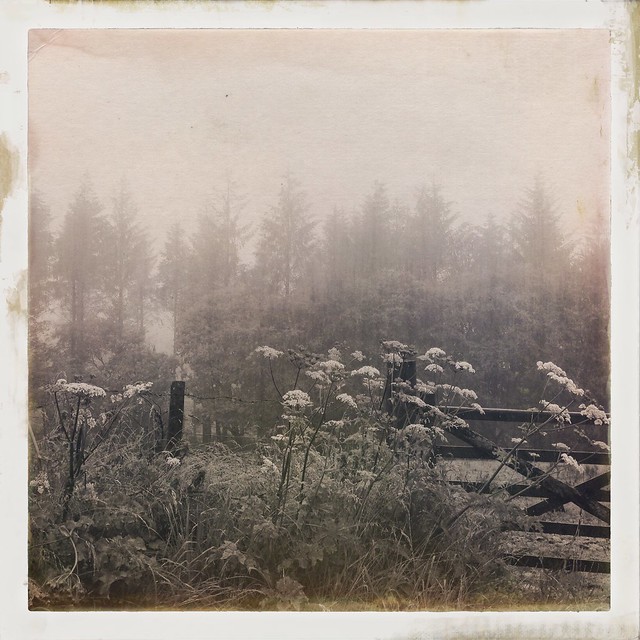 the other side by a.c.thomas
Apps Used: Hipstamatic with Diego Lens, Uchitel 20 F

Backstory: I saw the image as I was driving in the fog on Dartmoor, Devon, leaving work, and pulled in to photograph it from my car. The image is resonant for me in a way that is expressed in the title, I was thinking of someone who had recently died, and there is this big divide between what is on either side of the gate, with the misty trees and hills behind feeling beckoning and mysterious, and that is really where I wanted to go. 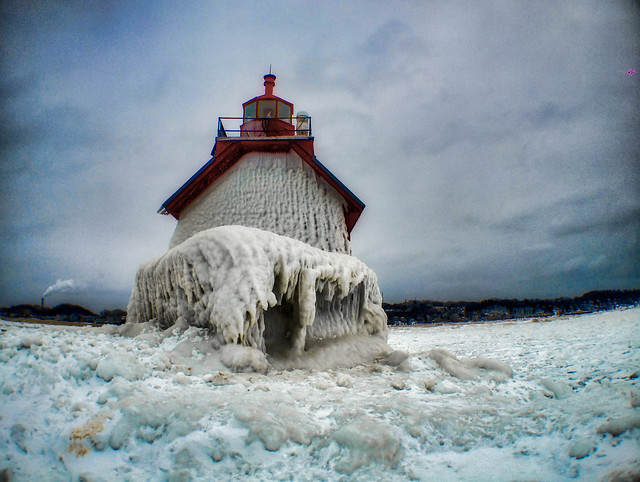 Backstory: The photo was taken at the Grand Haven lighthouse on Lake Michigan,  just across the lake from Chicago. The lake had frozen over and so I was able to walk out a great distance in order to photograph the lighthouse. 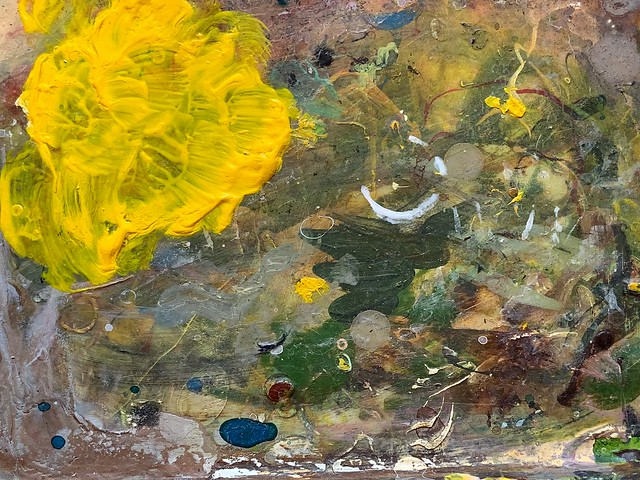 Tossed Salad by Michael Hamments
Apps Used: The photograph was taken with an iPhone XS using the native Apple camera app and a Sandmarc macro lens. No editing was done except for some minor touch up with Affinity Photo for iPad.

Backstory:
I was experimenting with the Sandmarc lens to see what it could do. The macro is a close up of the dried up paints on a artist palette. 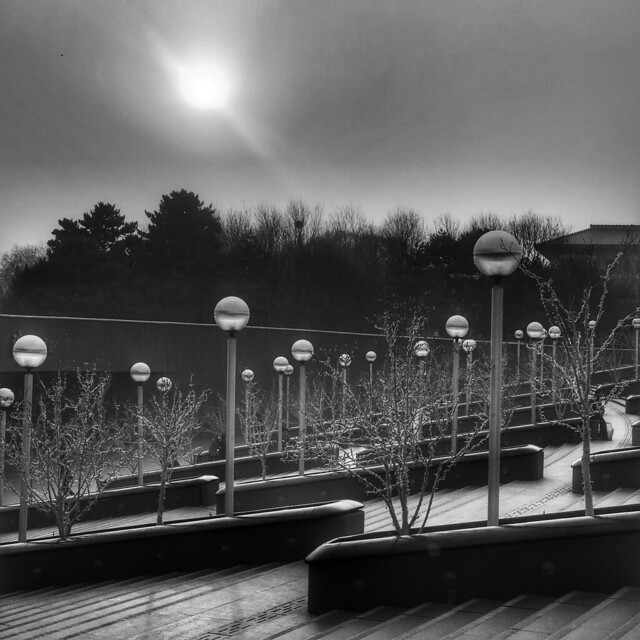 A night at the opera by Tomaso Belloni

Apps used: I shot with the default camera on an iPhone 7plus and edited in Snapseed.

Backstory: The National Centre for Performing Arts in Beijing is one of my favorite buildings in the world and I never miss a chance to see it when I am in town. This is the staircase that leads down to the entrance and at sunset it has a gloomy character. This time I think I managed to catch it.