“Two are better then one. For if one falls the other can help his partner up. But what will happen to the one who falls with no one to help him up?
Moreover, if two lie down they will stay warm, but how can one keep warm?
Someone may overpower one alone… but two together can take a stand against him…” Solomon

A writer of proverbs, a man of wealth, high social status and lover of many, had much to say about the vanity, futility of such.

No matter where we find our selves on the charts of human demographics…all of us face the same eventuality.

Burdened by the weight of life challenges where do you find comfort, a sense of belonging?

Do you  sit at a bountiful  table knowing that whatever transpires you are not alone? (that bounty being anything as long as it is filled with love.)

Did Kate Spade, Antony Bourdain and all the others whose names are silent on the radar of the masses- did they feel they sat alone?

In an age of ‘connectivity’ it seems there is more and more a sense of isolation, echoed in today’s selection from IPC photo pool.

The leading image by Shel Serkin, a decisive moment well captured, frames unbreakable ties in their swift race towards amusement. If one were to pay attention to propaganda one can hope for thrills on this electro spin.

However…there’s a sense of melancholy depicted here. Whether I am reading  my own projection or it is an intentional edit by Shel Serkins keen eye. It seems to emphasis the fleeting nature of ones carefree days by his choice in editing, as we all know where childhood leads.

In submitting to Iphoneography photo pool please be mindful of including apps used and backstory.

Too – I would love to do a feature on, Sur la table. Whats on your table? Moments shared around the kitchen….

It will also be a test as to whose reading this… 😉 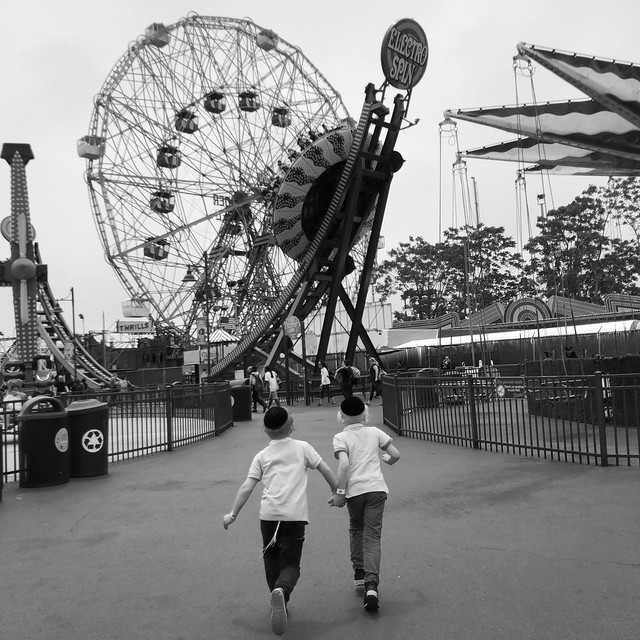 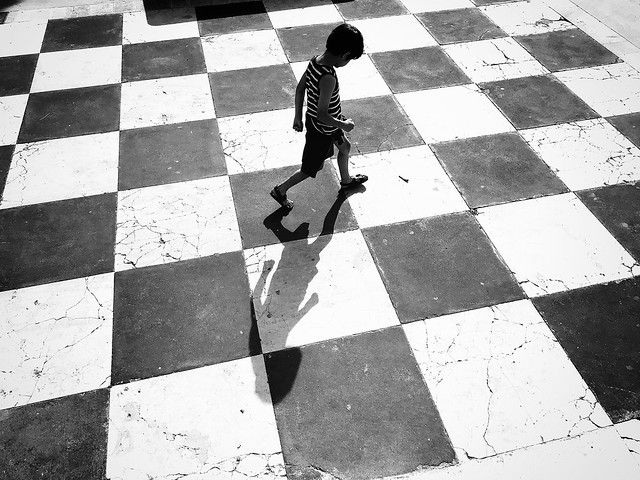 Apps Used: Snapseed
Backstory: This was shot in Alcudia, Majorca. I was recently there on a family holiday and stumbled across this cool chess-like tiling near to my hotel. I love combining interesting floor patterns with people in photography. There were some old tables close by so I was able to climb up and get a good vantage point. I later made a few minor tweaks in Snapseed. 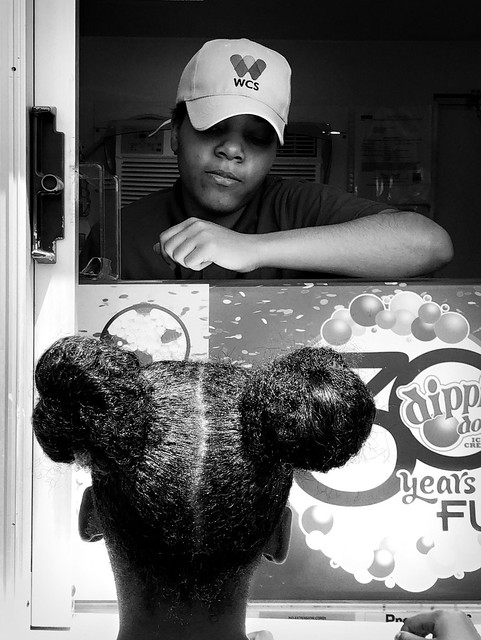 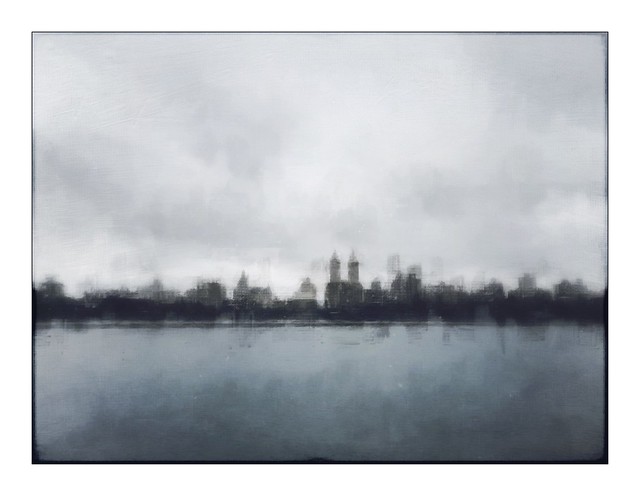 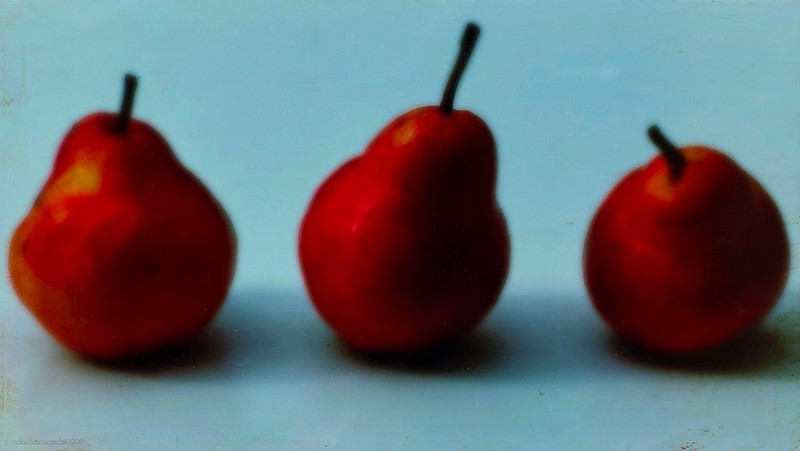 Backstory :
I have a fondness for pears. Eating them, of course, but, as creative subjects, they’re appealing as each is unique with their bumps, curves and variations of color. A couple weeks ago, I purchased three Red Bartletts when they first appeared at the market. As I took them out of the bag when I got home and set them on the table, there was the photo. This is the fourth image of what has become a pear series.

I took the photo on a white table using the iPad native camera. Other than using TouchRetouch to clean up a few nicks on the fruit, I used only Hipstamatic Pro Mode to edit. Cropped to 16:9, added the Tinto 1884 lens, which added a light blue cast to the image; used the depth of field function to go full blur; added a little grain; then rendered. I added another layer using the Panaji film as it brought in more blue and some flecks of red to the background for a hint of texture. It also added richness to the reds and some contrast. I then added more blur and chose the Apollo flash, which deepened all the colors, produced a bit of glow to the edges of each pear and increased contrast and highlights.