This week’s Apps Uncovered represents a theme that seemed to reveal itself in the submissions this week – Interior / Exterior Landscapes.

The lead image by Patricia Januszkiewicz is the most surreal of the bunch (a favorite style), and is by turns thought-provoking and troubling, like a frightening thought or bad dream. It draws the eye repeatedly.

Backstory: the woman in the image is an Amish woman; the eye is mine … a clock and word “yield” convey emotions I am working through … 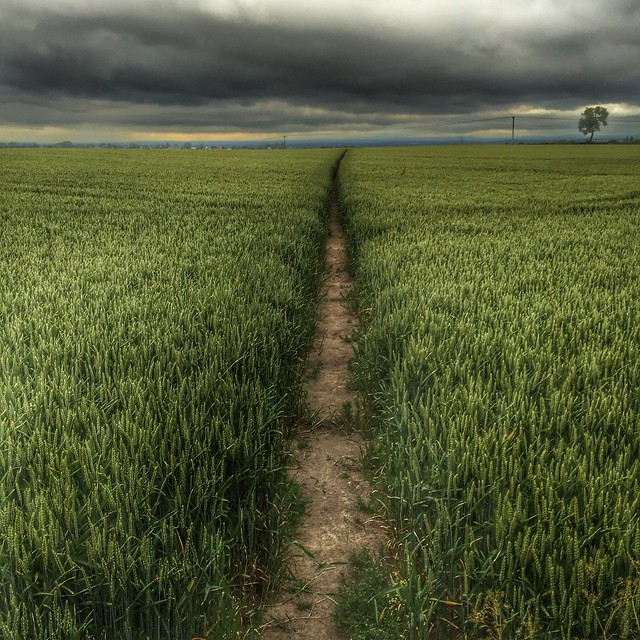 Backstory: This image was taken in South derbyshire near a place called Repton on my 30 mile commute to work, spending so much time in the car i’m always on the look out for places to stop so i can capture the varied weather conditions. It forms part of my current 366 project and was taken using the regular iphone6 camera and tweaked using snapseed. this is one of my current favourite images from this years 366 project.
you can find out more about my photography work here
scottsimpsonphotography.co.uk/ 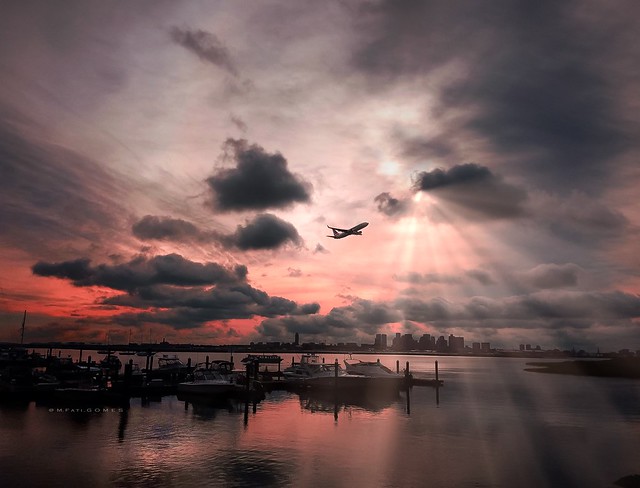 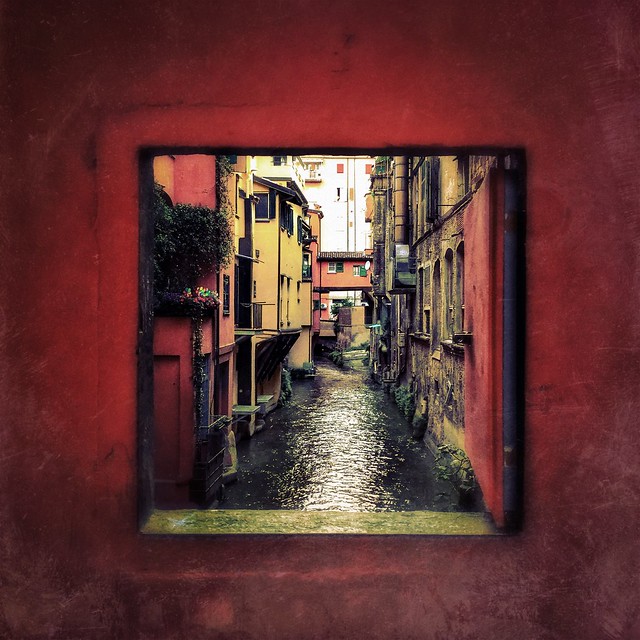 Through and through by Tomaso Belloni

Apps used: I shot with my iPhone 6 default camera and edited in Snapseed for basic adjustments and Hipstamatic (Sergio lens, Love 81 film) to make it softer and add texture.

Backstory: I was on a two-day trip to Bologna for a meeting and a friend pointed out to me that just next to our hotel there was a hidden canal, which from there can only seen through a small opening. We found it and the view was really unexpected. It is a widely photographed corner, but I decided in favor of framing it with the window, more like a porthole, in the red wall (I also have a photo from the bridge at the end where you can see the one I was standing on here). It gave me an eerie feeling.

Backstory: I took this photo one evening in June after a rainy day on a white road in the Val D’Orcia near Siena.

Apps used: Shot with my iPhone6s through Hipstamatic. Edited in Snapseed and Stackables.

Backstory: This is a shot of my son, Charlie, taken during a visit to the British Museum in London. As we entered this large open space, I was immediately drawn to the light and the geometric shapes & shadows. I saw that Charlie was about to walk by the side of the large staircase wall so I ran into a position where I thought I’d get a few good shots. It was quite a busy day so I was very lucky to get a photo with just Charlie in the frame. 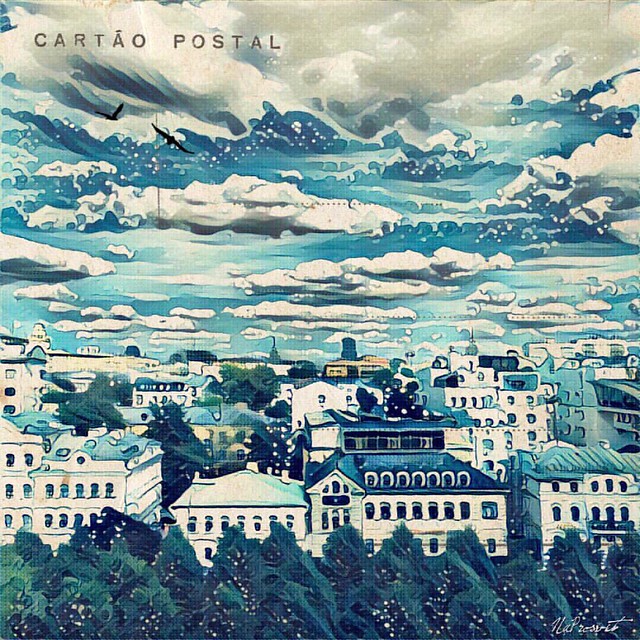 Apps used and backstory: I used the Prisma app. for painterly effect. and Halftone app. as finish to add something like postcard effect. The shot was taken in Moscow from the balcony of the one of my favorite vegan restaurant ☺️ 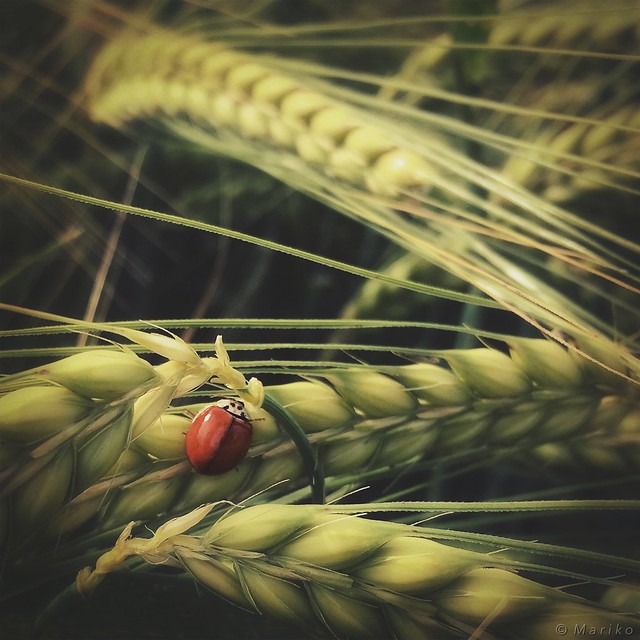 Backstory: I always look for something interesting hiding in barley fields. Unfortunately it is getting more and more difficult to find insects and other living creatures in the fields because of pesticides and herbicides. Anyway, I found this ladybug. It was the first time I’ve seen a naked ladybug. I’m pretty sure this is an Asian Beetle (I heard they are a plague), but I loved the contrast of the red bug and the green of the young barley. 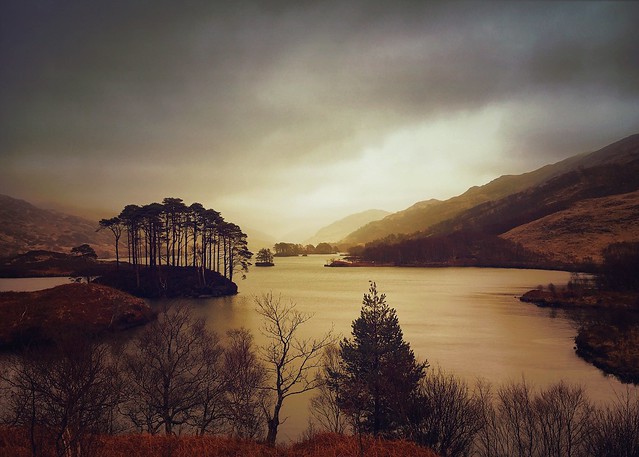 Backstory: I had to make special preparations in order to take this image, including many days of studying maps and google earth, and consulting railway timetables – as to take this image I had to walk along a 250/300 yard stretch of the West Highland Railway Line – the beautiful, scenic railway that runs between Glasgow and Mallaig.

With all of these best laid plans in place I set off from Fort William along the ‘road to the isles’. Of course no plan can entirely account for the Highland weather, and as I drew nearer to the Location, the rain was coming down by the bucketload, and my feeling was that this may have to be ‘the one that got away’.

However, arriving at Loch Eilt the driving rain had altered to a fine drizzle, and I decided to at least have a go. Quickly arriving at the vantage point I’d decided on, and soaked to the skin, I found that contrary to my thought, the waves of cloud and rain moving down the Loch – rather than ruining the shot – in fact seemed to be adding to the atmosphere of the shot, and I came away repeating the old phrase: if you’re given Lemons, make Lemonade!

This was an image that responded splendidly to processing, and after only a few passes, I had a finished version that I was not only happy with, but remains one of the most evocative of my entire 7 day photo shoot.

And a final note of trivia: The small, round island topped with pine trees to the lower mid of the image was used as Dumbledore’s resting place in the Harry Potter films. Its name (in Gaelic) is Eilean na Moine.