This week’s Apps Uncovered presents a variety of images with no particular theme, except that they each very effectively present a scene, real or imagined, by the photographer/artist. Several are distinguished by a painterly compositional style, one that’s becoming more sophisticated and less of a “one click” effect and more of a deliberate and systematic application of techniques and brushes. Others represent street photography or realistic captures that are nevertheless poignant and powerful. This week’s lead image, Boys in the Chocolate Factory (by newcomer Olav Njaasta) cannot fail but to provoke a smile as one takes in the stance of the two boys, eagerly anticipating the experience of seeing their favorite confection in the making. From there, we experience surreal and impressionistic compositions that convey an idea or capture a moment or a wistful sense of place. 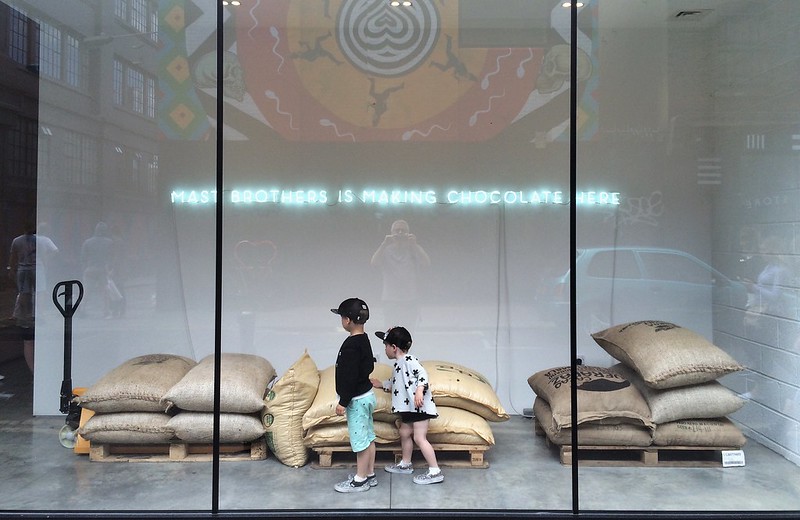 Backstory: Coming out of the understated pub “The Owl and the Pussycat” I saw a situation evolving across the street, boys on adventure! Only a few months ago the old warehouse was changed to a modern, quality chocolate factory with a static & telling window exhibition beside the entrance.

The exhibition is obviously designed for people to find the factory/shop/facility and displays bags with cocoa beans from around the world. The raw material of the beloved chocolate. As a backdrop for the shop its functional & interesting, as a field of research and a playground for two small boys it is filled with excitement, lovely smells and coarse huge “bean bags”. The scene & situation came together and developed slowly within the timespan of about one & half minutes; giving off several “decisive moments”. Which one to choose is depending on what story you choose to tell…. – “The boys’ relationship”; – “Killing time waiting for parents speaking to chocolatier”; – “Look! The bag of beans is bigger than me”. Then they fell in line with the design, and energy from curiosity is awoken by the smaller boy. To me this became the story….. the boys “in the jungle”, and the many ways in which a beautiful design/presentation can work with interaction.

With this scene coming together I instantly felt a Norman “Rockwellian” relationship between the elements. The framing of the shot “gives itself”; it is the window frame, nothing more or less. In shooting street scenes I don´t like to cut out the environment …. you have to reflect what kind of “terroir” has grown the particular shot. There is a “gift of reflection” in this shot, the light falls in a way that reveals the street scene. You can feel the street buzz while looking at the main motif. It is even a great place for the most typical shot of today …. the selfie.. (but without a stick!) ….. If you would like to see the other shots from the situation; then click the album: www.flickr.com/photos/olavsine/sets/72157655274574599 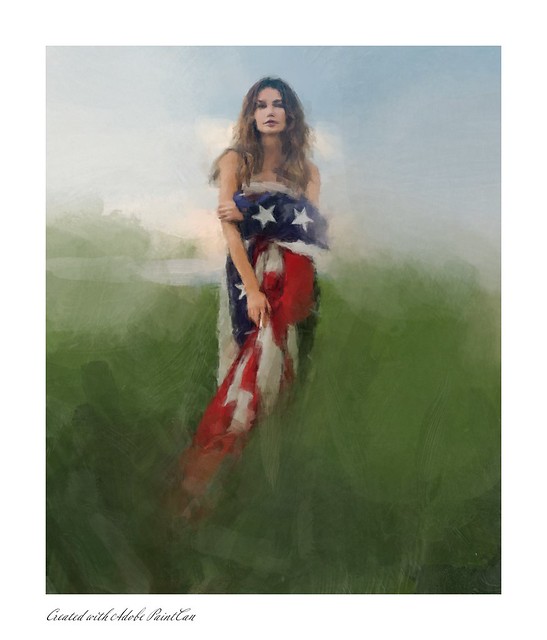 Apps used: The only app I used is PaintCan. Full disclosure, I am actually the guy who invented and created PaintCan (more about that below), but, ironically, there are much better PaintCan artists out there than me 🙂 What I did with this image is to lay down a good covering of coarse paint splats, then work in the details. I made sure to bring out sufficient details in the face and to render the stars recognizable, but wanted to give the background a softer, cloudier look, so I went over those areas with a very large transparent brush. All in all it didn’t take me more than 5 minutes. PaintCan does a lot of the brush configuration automatically, so I mainly need to concentrate on choosing the right brush and level of detail. It’s really easy to experiment around and get different results.

Backstory: About the picture – I always look for pictures to paint that are somewhat topical. For the fourth of July, I wanted to do something that fits the occasion, but wasn’t too patriotic… more peaceful and serene. I came across Clairborne Swanson Frank’s picture, which was featured at the time on Flickr. It had all the qualities I liked.

About me/PaintCan: I am a researcher at Adobe Systems. My recent passion is creativity solutions for novices. Adobe has amazing creative tools, but much of our professional software is so complex that it is difficult to use by novices. At the same time, I talk to people all the time that would like to re-engage with their childhood creativity, but don’t have the time to learn complex software systems. The exploding app market has helped a lot to democratize creativity for the masses. Instagram, for example, allows anybody to make their snapshots look that little bit more professional or interesting. But applying filters is not necessarily going to make a user feel more creative. For that, you need to give a user more agency. PaintCan is built on that principle: Make it really easy for users to create great looking results without requiring a lot of time or expertise, but still put them in creative control. With PaintCan you still are the painter, it’s just that you have really powerful brushes at your disposal. 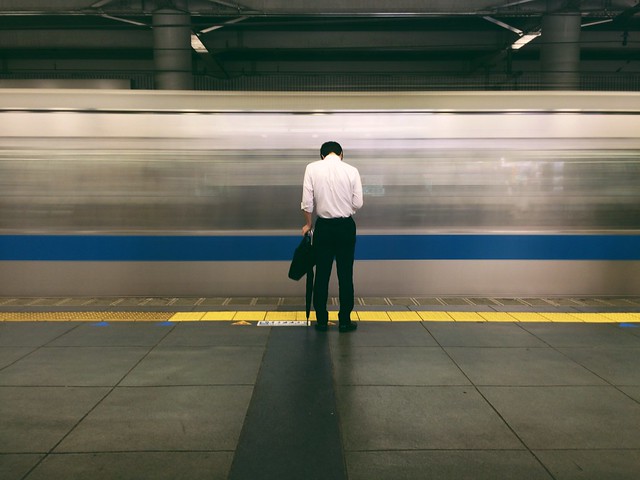 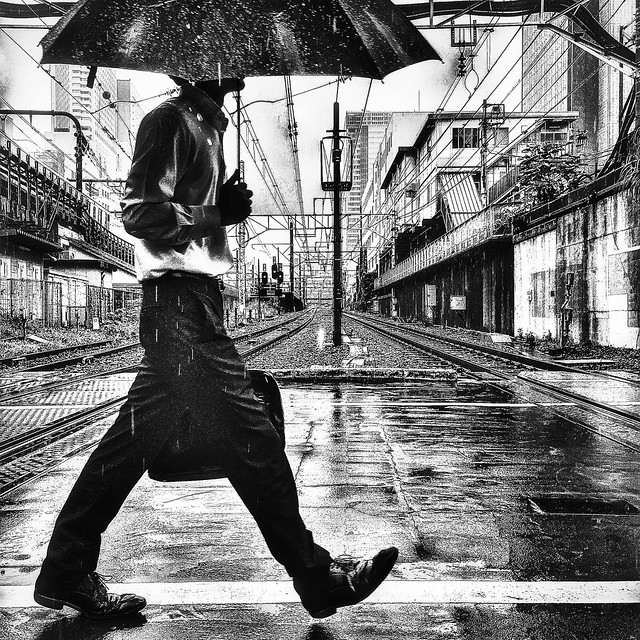 App used: Shot with the iPhone camera and edited in Snapseed

Backstory: The image was shot near Yoyogi station in Tokyo. I’d passed the rail tracks a few times and had been waiting for the time & a rainy day to get back there. Fortunately, it’s been raining a lot recently (being rainy season) so I headed over the other morning.

It’s a funny place to shoot as you only have a few minutes before you have to get off the track because it’s a busy line. Anyhow, I love umbrellas & Japanese salarymen always dress pretty smartly so it was just a little time before the right guy passed.

Apps used and Backstory: I found the old telephone with my mom. I took the picture with an iPhone 6. For editing I used: Snapseed (Cropping, HDR Scape and Glamour Glow) and Mextures. 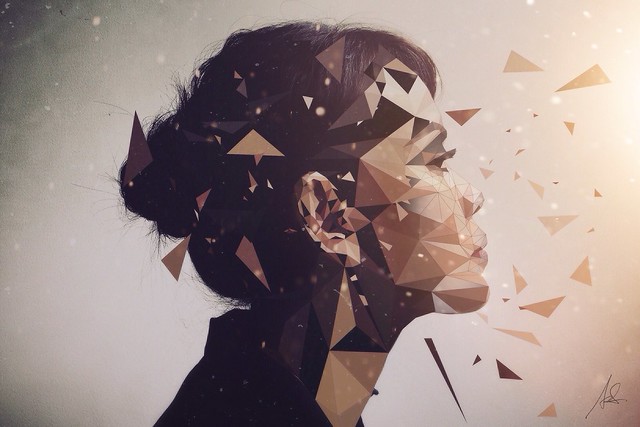 Villa de La Roche, Paris by Lumilyon Apps used and Backstory: “Architecture is the learned game, correct and magnificent, of forms assembled in the light.” This photograph of Le Corbusier’s Villa de la Roche was shot on an iPhone 5S with Lenka: a beautiful B&W app. It was composed in-camera and there was no cropping or post processing. 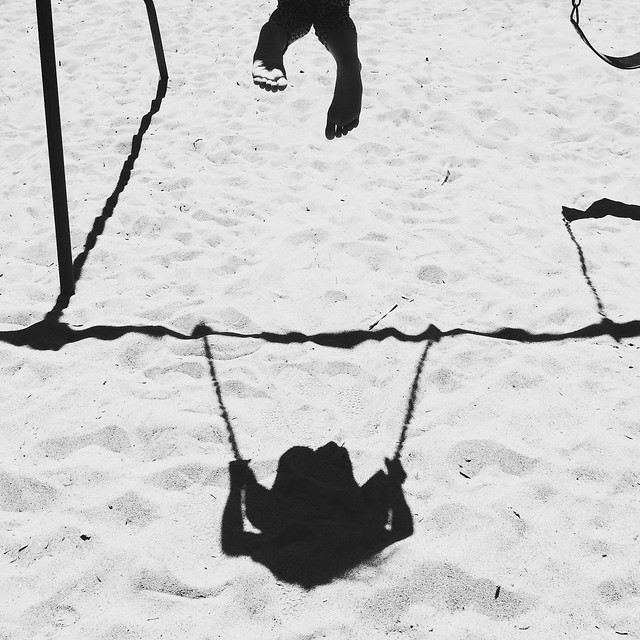 and the livin’ is easy by Julia Nathanson

Apps used and Backstory: My daughter at the park. Shot with HIpstamatic, using the Florence lens and Blackeys Extra Fine film.

The secret life of a stoic tea drinker by SLP

Backstory: Recently on the Art of Mob blog, Geri Interviewed Cheryl Lemon who creates collage with natural elements. The work is so beautiful I immediately knew I wanted to emulate it. Since I hadn’t the flora to work with for an actual collage, I opted for the next best thing: a digital collage. To begin I sketched a facial outline in ArtSet. I was trying not to think too much and see where it led. Thereafter I used elements from various photos of mine to build up the floral/facial arrangement. These were superimposed accordingly.As I was composing this piece it felt as if this was a person going incognito at a garden party, taking it all in on the outskirts. A sort of wall flower with an agenda. Naturally that meant I needed to dress her up and provide the necessary cup of tea. Again – I used several elements of my photos in superimpose to finish building her. I used icolorama to paint over the piece, harmonize and give it texture. The bristle brush knife is a wonderful tool to accomplish this.I usually prefer color in collage, but somehow it felt overwhelming to me. I decided to see how it would work monochrome with just hints of color. I used Black and white and color -icolorama – red. When I saw the results my guts knew it was done. Yet I still felt I was cheating color by not sticking with it. It was a bit of a challenge to let go of my ‘rules’ regarding color. (That not using color was a safety net for uncertainty. ) I still might rework it someday…but for now- this stoic tea drinker finds some solace in less fanfare.

Apps used: I handled it in ps touch app and mextures app to impart mood and surrealism

Backstory: This is a photo of a conventional forest and a man walking through the wind and bad weather. 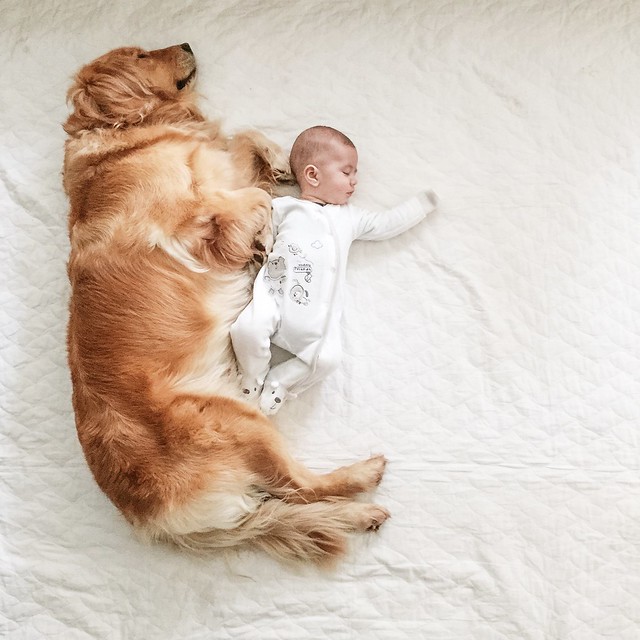 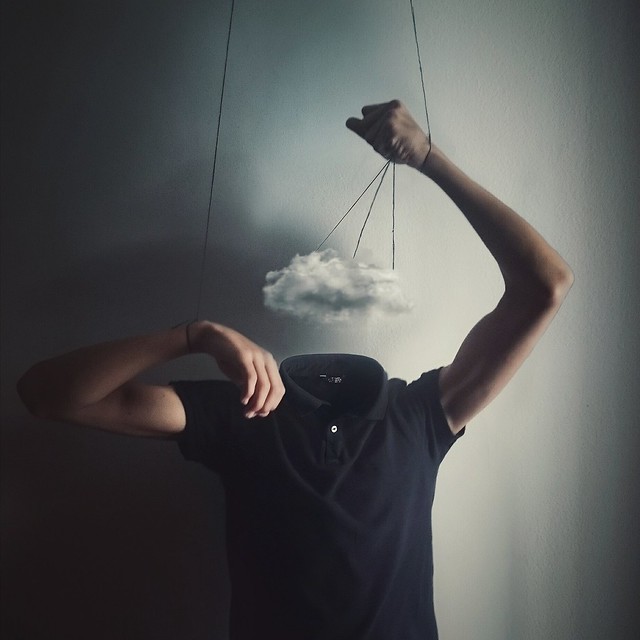 App used: I used Snapeed to crop and make adjustments to the image.

Backstory: One early morning, I took my twins blueberry picking for the first time. They started running ahead of me and were holding hands as they walked down the road. I dropped everything and I was able to capture the moment.