Welcome to this week’s Apps Uncovered, our weekly feature, showcasing iPhone art and photography from around the world. Recently I’ve been working in the Dorset town of Dorchester where there are notably more trees than my home town of Weymouth.  I’ve become totally obsessed with the amazing variety of pattern and colours of the fallen leaves carpeting the roads and pavement particularly the colour orange – and browsing through the iPC Flickr gallery, it would appear that I am not the only one. So, this week is mostly celebrating the colour of orange in your images, some overt and some more subtle – and of course some, not at all because as we know, Oranges are not the only fruit.

Big thanks to Waldemar Błażej Nowak for sharing his wonderful leaf arrangements. These leaves are the stars of our gallery this week, beautiful shapes, colour and execution of the final photo. Thank you all for sharing your wonderful images on our iPC Flickr group and wishing you all a great iPhone shooting and editing week!

* Please note: there have been some small changes to Flickr in how the images are presented here. The titles of the image should automatically show up underneath the image. Roll your cursor over the image to reveal the artist’s name. 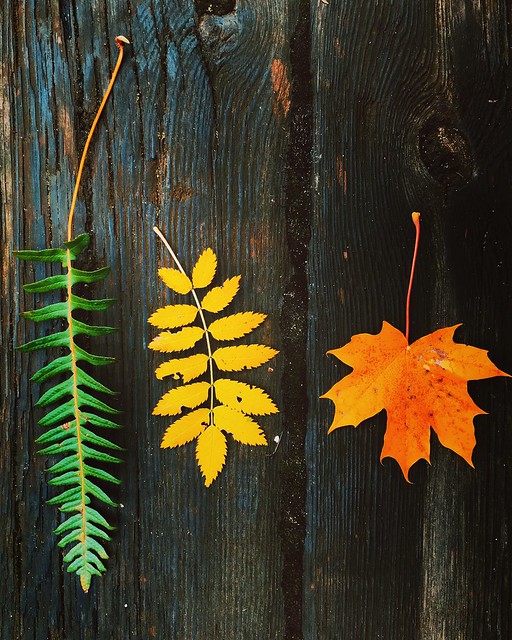 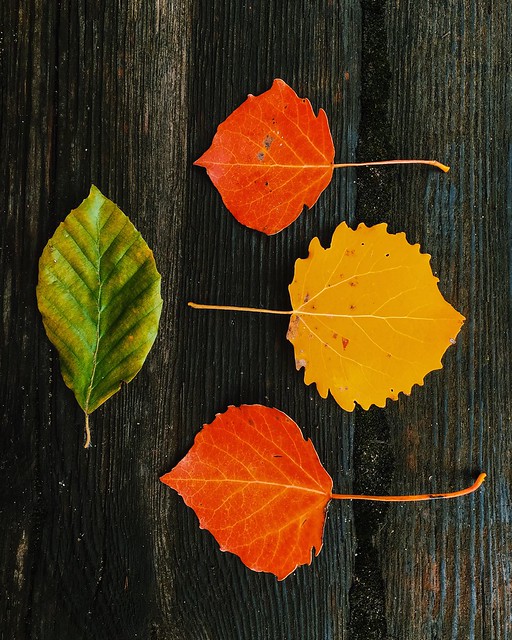 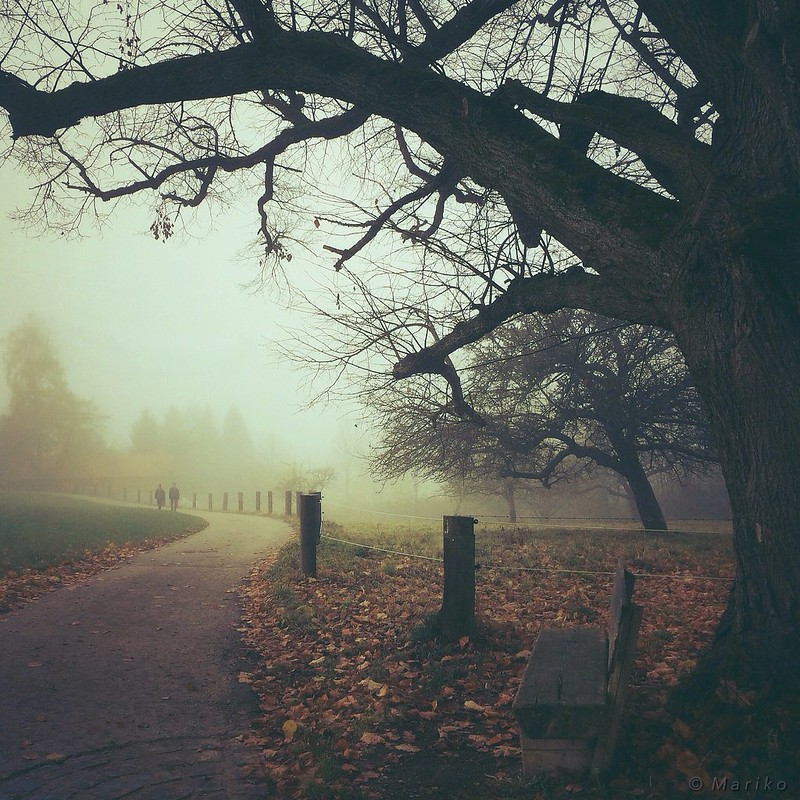 Apps used: taken with Camera+, cropping and basic adjustments in PhotoToaster, applied the filter ‘Fore’ (Radiance Textures) and the ‘F-FP’ film in Mextures, finally the PFX5 filter in Picfx.
Here is the backstory and the apps I used: This autumn I still did not have opportunity to go out for a photoshoot on a foggy day, so I went through my older photos and found this one from last November. This place in Ebersberg, Germany, is always a special place for me, regardless of the weather or season. I love the wooden bench under the old small-leaved lime tree. Maybe some of you still remember my photo ‘Have a Seat’ (featured here on Apps Uncovered in May 2015) which was taken at the same place but from the other side half a year later. 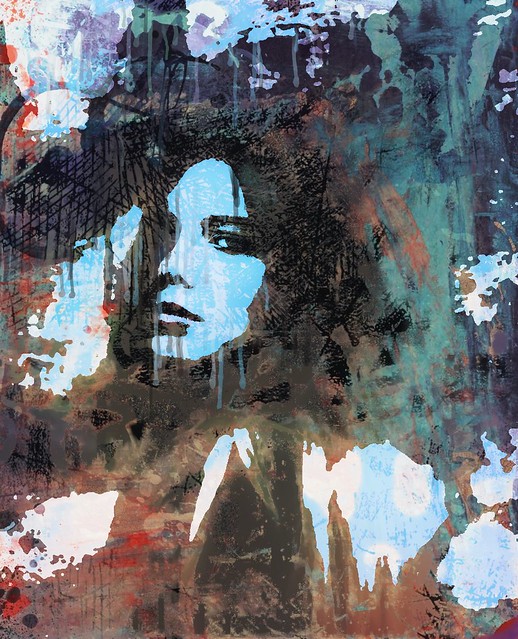 Apps used: Enlight
Backstory: As a Beta tester for Enlight, I have the luck to be on the plus side of trying out changes for any app I’m testing. They’re testing their latest version so it’s the only app I used for this piece and I’m loving what I can do now. I was not enthused at all with Enlight the first or second beta versions, but this one blows everything else out of the water. I highly suggest giving it a go once the update comes out. 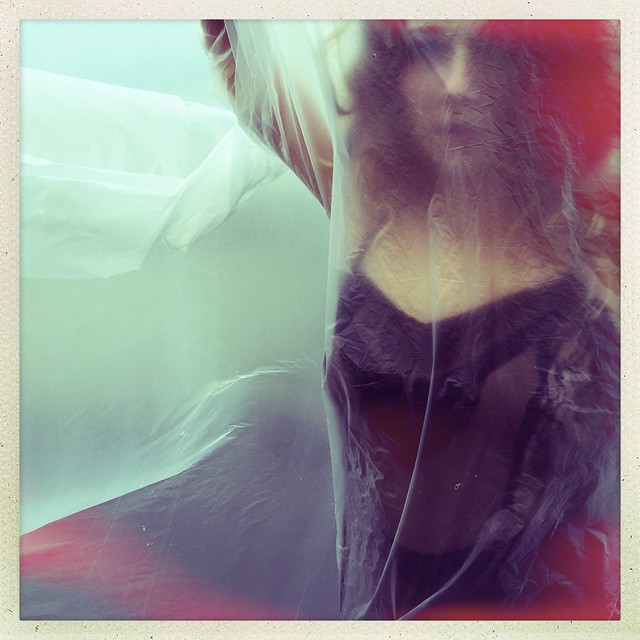 Apps used: Hipstamatic 301 iPhone 6 back camera 4.15mm f/2.2Testing out the new Hipstamatic 301, and using the shake to randomize feature, this image was a bit of a surprise. A lens and film option I would likely not pair together intentionally worked quite well to build a little of the mystery I was going for. Chunky lens and Ina’s 1982 film combined add to the dramatic effect produced by the plastic-over-human-face pairing.
Backstory: The concept for this image was born when I visited the site of an old hotel renovation in California and noted how beautiful and surreal the period decor looked wrapped in clear visqueen. I thought it would be fun to try that look with people as the subject. My daughter, always the willing model, joined me in this venture and we traveled to Whidbey Island – an inhabited, but partially remote location on the Puget Sound in Washington State – to create our vision. 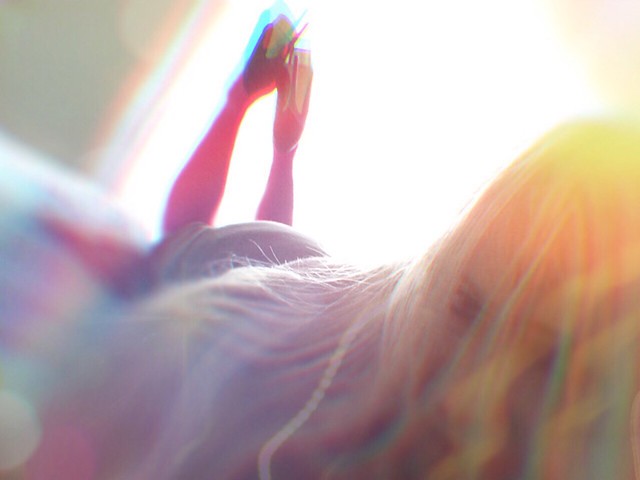 These shoes stay on my feet
Apps used: Tadaa and PicsArt
Backstory: The backstory of this is a little quirky so here it goes. If I’m totally honest I’ll say it began with me finding clips on YouTube of retro spacey bands to send to someone. I then got sidetracked, as most often happens, and discovered the video “Shoes” by a current artist named Tiga. From that day on I’ve been wanting to do something inspired by the clip.

The shot itself in my head was supposed to be completely different. I wanted to do a more head on shot but it looked too much like ones I’ve done before. The one I used was actually an accident trying to get both the heels and pink tights in frame. The light and haphazard snap sorta blurred me out, so I went with that and amped up the VHS feel like in the video adding a Harris Shutter effect in Tadaa. I played with the color a bit in PicsArt and viola, finished product. The title is a line repeated in song, it’s very out there but retro wonderful.

Apps used: I used the native camera on the iPhone 6 plus and processed with Snapseed, Mextures (which I only recently discovered through browsing images on iPhoneography central) and PhotoToaster.
Backstory: This an iPhone image taken out the window of an airplane which had just landed at Newcastle, England after a pretty bumpy ride across the Irish sea. The lovely bead like droplets on the window caught my eye, and I looked to see could I frame an interesting image. The strong yellow Stop sign, and the diagonal added extra interest in the composition. 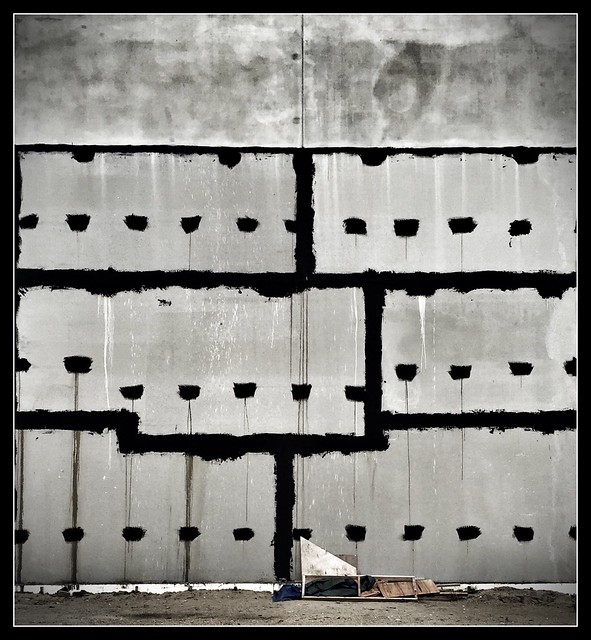 Apps used: Hipstamatic 280. lens:john s. film:black keys super grain.
Back story:i was visiting my parents when i saw my grandmother eating alone in the kitchen.She was like a small child.I just had to capture that moment. 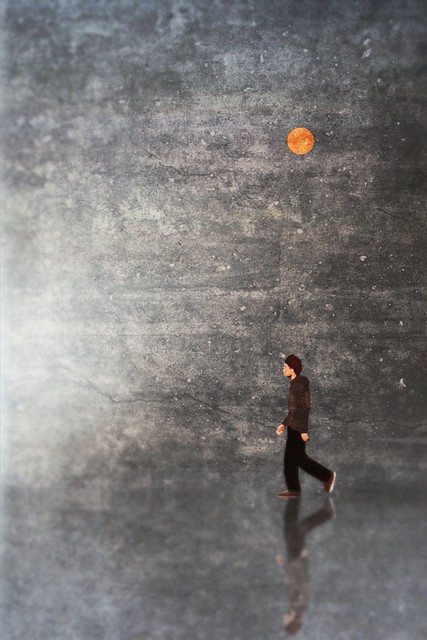 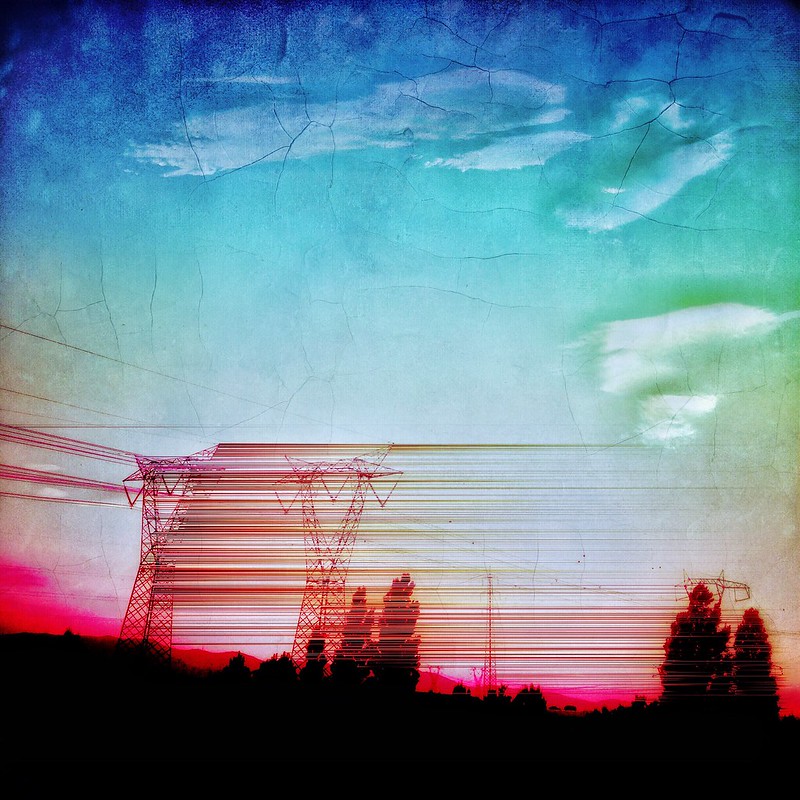 Backstory: I am very fascinated by electricity pylons, an often-recurring subject in my photography. I like to observe these pylons while traveling and study their many different structures and how they blend in the landscape. When traveling by car, sitting next to the driver, I have all the time to take my iPhone out and take shots of these structures.
Pictured here you can see a bit of the Tuscan countryside near Firenze (my hometown) bathed in a beautiful pink sunset that Oggl’s Louis XIV Infrared film helped me dramatically enhance
Decimal created the horizontal lines to help me convey an effect of velocity (we were traveling on a highway). With Image Blender I was able to mix together the original shot with the Decim8 result, then Stackables was perfect for vignette, craquelure and textures.
Finally in Snapseed I applied a few tweaks to the colour and enhanced the general crispness. 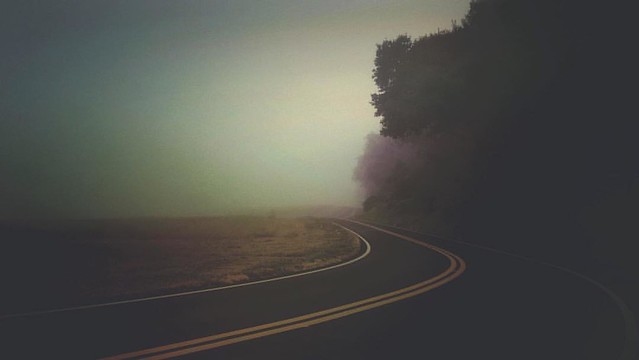 Apps Used: Shot on an iPhone 6 with ProShot and edited with Mextures, Tangled FX, Image Blender and Polarr.   Back Story: It was a misty Monday morning as I started my commute to work. I have always loved this bend in the road and no more so than that morning as it faded in to the fog in the distance. I ran the image through Mextures to enhance the sense of mystery to the image and give me a stronger sense of the feeling it evoked for me that morning.