This week’s Apps Uncovered provides a stunning variety of styles and subjects – with representation from both regular contributors to the iPhoneographyCentral Flickr group, as well as newcomers. 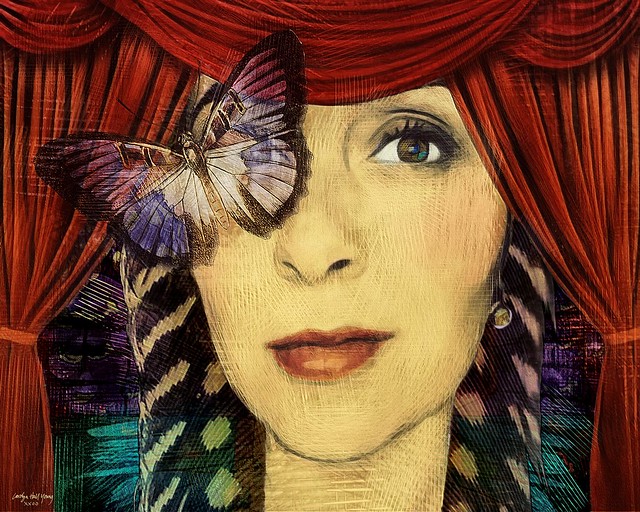 Backstory: Here is the Facebook link to the FB a posting, with the source images I used of Patricia’s work.
www.facebook.com/photo.php?fbid=896999643691137&set=a…
This iPad painting was a present to Patricia Larson, a talented iPhoneographer, who I met through the Facebook community. I used one of her black-and-white self-portraits, as a starting point.

This was done completely in a beta version of iColorama. First, I could not resist adding the theatre curtains, masking foreground and background and blending the layers.

I save many of the steps, for possible reblending, later in the process. When I achieve the base structure I want, I start toning and playing with the ideas, style and color tone.
Hand painting the color, and the breaking up of the photographic surface, came next. I wanted to add a little diva-like whimsy, so I played with kimono patterns, flowers, textures and feathers, in the background directly behind Patricia’s head. Much of that work is no longer seen, but without those steps, the end result would have been different.

Then, the butterfly arrived, along with a tiny butterfly refection in the exposed eye — a little treat for those who look closely.

I re-blended with the original photographic version of her face, with masking.
To finish, I added more overall texture. I tweaked the colors, sharpened to emphasize the painterliness, and added a very small amount of raising to add depth to the brushstrokes.

I am more of a painter, at heart, than a photographer. What I love most about working on an iPad, especially in iColorama, is the possibility of pulling together the advantages and flexibilities of both worlds: compositing photography and painting. There are so many choices, limitless directions to explore. The hardest part of the process may be knowing when and where to stop. 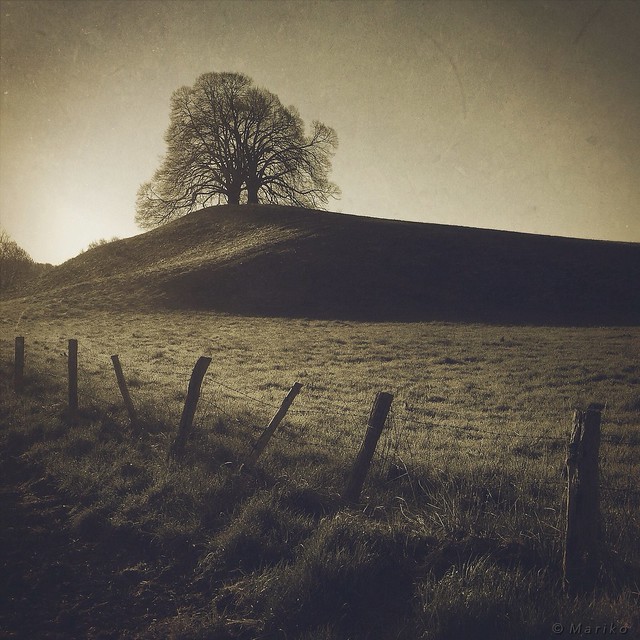 Growing Old Together by Mariko Klug

Backstory: These old twin trees in Ebersberg (Germany) are a natural monument. I first came across them about 2 years ago and since then they keep me fascinated. This time I was there at sunrise and I was not disappointed. It was a beautiful, clear morning and the light was just awesome. 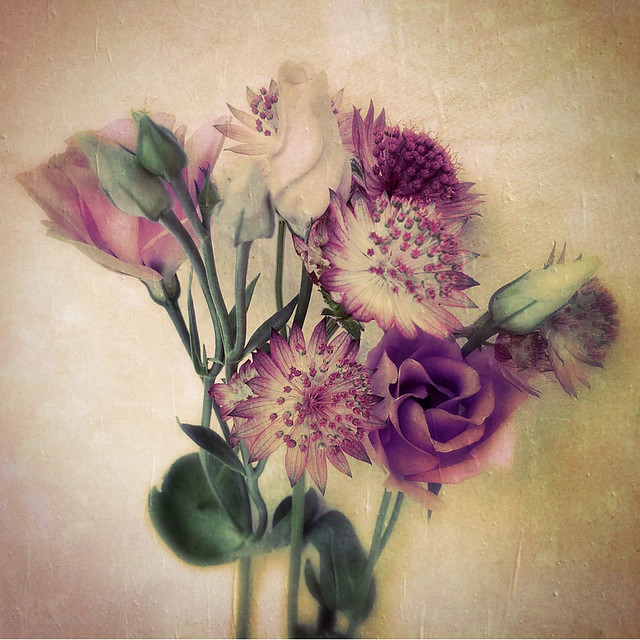 Backstory: I love to take photos from flowers of all sorts and I always try to expose their own special personalities. For this photo I went to a florist’s and let my heart choose a bunch of different flowers. I arranged Japanese Roses and Great Masterworts to a little bouquet and took a series of pics with my favorite Hipstamatic-Combo “Sergio + Blanko 1”. In the end I was quite happy with the result, because those two kinds did harmonize pretty well.

Backstory: This self portrait was shot with my iphone6. I then took it into the Noir app, for the black and white portion of it. Once that was done, I brought it into the PaintFx app, to completely blacken out the background, while brightening the white of my skin, and darkening my nails for the contrast. For final touches, I slightly blurred the entire image, to give it an overall soft feel.

I am a self portraiture artist, and I frequently shoot my body/self, as it is a form of therapy and continuously helps me to improve the way I see and accept my body image.

For Reals? by Diana Nicholette Jeon

Backstory: Iʻm really interested in exploring new ways of working with street photography; how one makes it less candid work and more painterly or alters it to change the narrative. On March 11th, I went to Waikiki with a friend to play tourist and rent beach lounges. It’s a strategy for me, a way to look like every other tourist on the beach, while taking candid photos to use both for composite images as well as straight street photography. The weather was uncooperative; it was overcast with threatening rain. I persisted anyway, and I am so glad I did. The beach was uncrowded, and the people who were there were easy to shoot due to that. It was easier to shoot interesting interactions without the throngs of people. I ended up completing two series that day, one color, “Somewhere Around Noon”, and one smaller black and white street series.

The impetus for this image is derived from a photo I took that day. There was an elderly woman on the beach, preach God, looking for people to convert to her beliefs. It was near was I sat, and I caught some interesting gestures of people interacting with her. The image I based this work on was one I named “Beach Preach.” I decided to play with the scales of the people, and to deconstruct the image itself to remove the players from their original location and re-situtate them into an nebulous location. Finally, I altered the female tourist to have a version of my face, created from 4 self-portraits, and made her look out at the camera as if she was observing and commenting, rather than being a participant in the conversation. I did it as an explorative work, and then sent it out there into the world with a note that it did not have a name, and that I was testing the idea out to see whether or not to create a series. The feedback I got was that I should, so we will probably see this evolving to have friends of a similar style as I find interactions among people that offer possibilities for deconstruction.

as the river flows by lee atwell

Apps used: For the distressed look I used PhotoToaster, Stackables, and Picfx. Lastly I took the photo into Snapseed to convert it to black and white, and then adjusted the contrast slightly with the ‘Selective Adjust’ feature.

Backstory: This photo is part of a series where I am wearing my mom’s vintage coat from the 1950s. I used the iPhone 5s camera initially (with a bluetooth remote), and then ran the photo through several apps to attain the vintage mood. 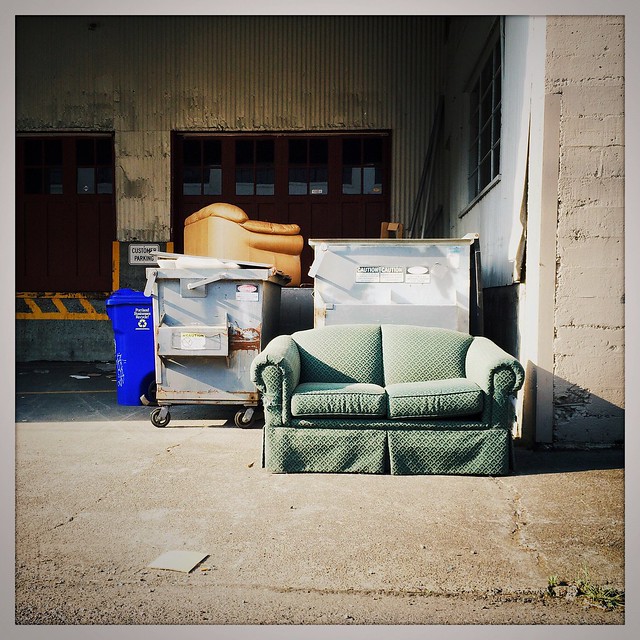 Things we no longer want…. or need…… by Cecily Mariece Caceu

Apps used: I only used Hipstamatic (Jane lens Blanko film) for this image and then did some fine tuning in the new Snapseed version. 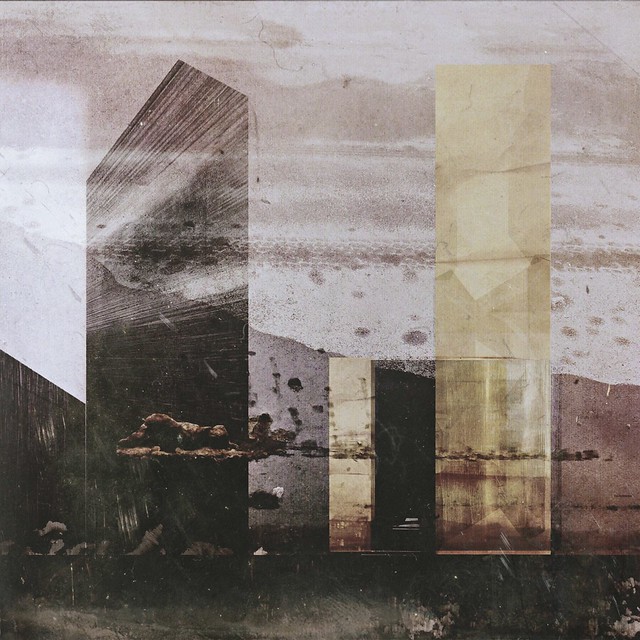 Apps used: Perspective Correct to create dynamic space by warping images in a non-corrective manner. Compositing several layers of photos is done with Union, ImageBlender, and SquareReady. Final finishing is handled with Mextures and AfterLight.

Backstory: The “structural poetics” series emerges from “topography, light, climate, and tectonic form” found during my observations of place. The images are a composite of existing conditions that depict a hyper contextual architecture that utilizes software as the primary material. 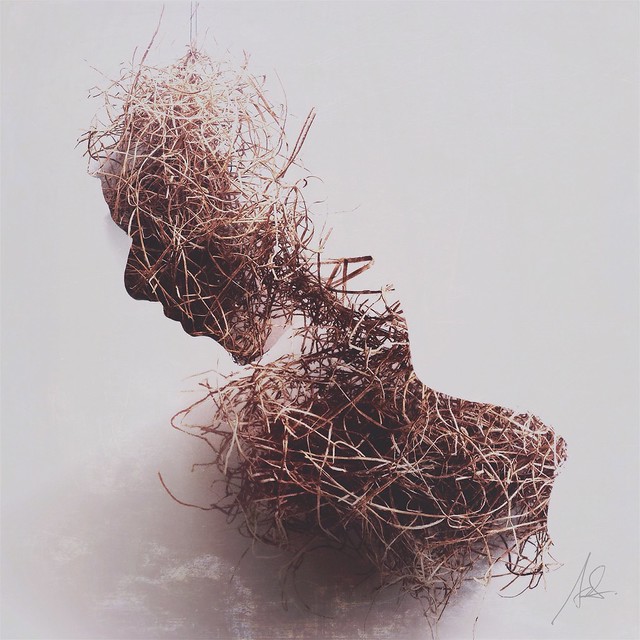 I Can Jump Puddles by Liz Traynor

Backstory: I took this photo last weekend when we went for a ride along the beach. We stopped to look at the rock pools. It was late afternoon and I noticed that when Noah rode past the rock pool, I could see his reflection in it. I took heaps of photos as he rode round and round again. Some I took in colour, others I changed the setting on the iPhone to black and white to see if it would bring out the reflection more. Once home, I simply processed it ever so slightly in Snapseed.

Apps used: I usually use Hipstamatic and for processing in a first step Superimpose. I have merged the portrait with some layers of structures. I have used Snapseed and Photogene for the adjustments of contrasts, brightness and colors. In the last step I add together the two individual images in Diptic and use SimplyB&W to change in black and white.

Backstory: The content of the images arises from my everyday life, here the feeling of being hounded constantly – time rushes past us, most of all we don’t motice consciously. 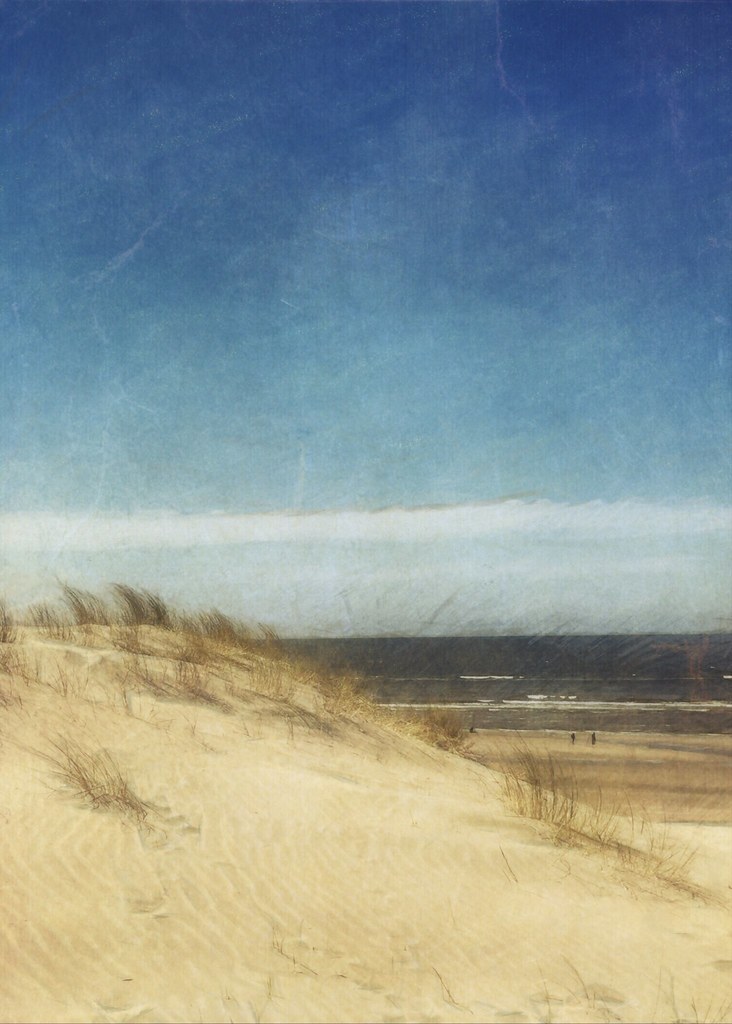 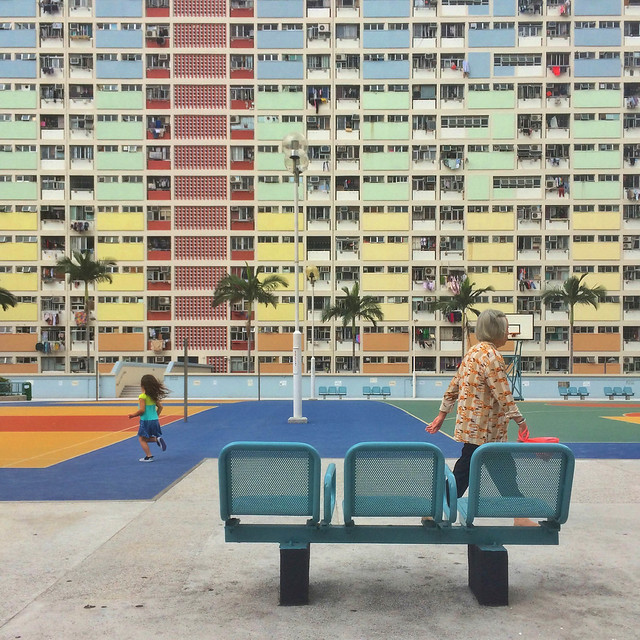 Apps used: Colour and contrast adjustments in Snapseed and then cropped it in Instagram.

Backstory: I shot this image in Choi Hung at one of the oldest public housing estates in Hong Kong. Not knowing much about the estate, I was surprised to find a large recreation area and basketball court on the top level of a parking garage. What I especially liked was the pastel colors and palm trees, giving the place a kind of surreal and vintage holiday feel. I thought it was important to have a human element in the image and while I was waiting for the woman to pass, my daughter ran from the other direction into the frame.

Backstory: The image began as a landscape taken with the iPhone 6 native camera. I used Blur FX to soften the background and then Union app to add the dress form and watch face. LoryStripes was used to create the “ribbons” and Stackables and Shift for additional texture.