It’s all about portraits this week, whimsical, beautiful, dramatic portraits. Additionally, all the artists featured are women. It wasn’t intentional; I invited men, but they didn’t respond. However, I am very happy it turned out this way. And please… remember that if you don’t have your photo sharing turned on in your Flickr settings, your images cannot be featured. 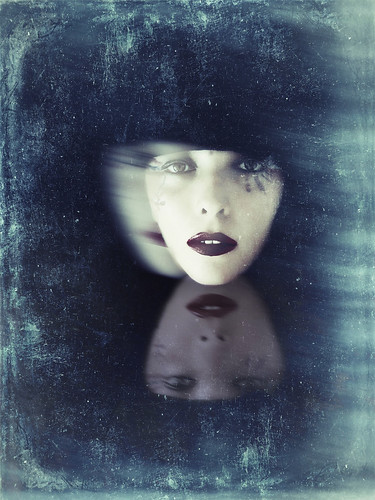 Apps used: I shot via iPhone6 camera and then used the Hipstamatic (fashion snappak) for the motion, added filter on Mextures, and last one Snapseed. 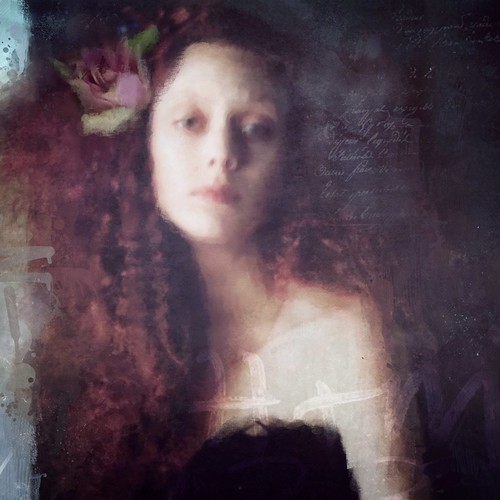 Apps used: Procreate, Snapseed, Repix, Leonardo
Back Story: I love making portrait images so I did a lot of work to make this one feel soft and dreamy. I even added the flower to the model’s hair to carry on my theme. I wanted the feel of an old master’s painting. I love working with red hair – maybe because I have red hair too! 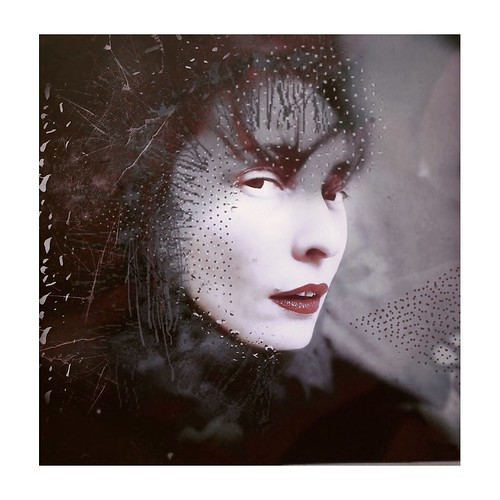 Apps Used: I shot via iPhone6 camera and used the iColorama and Repix apps. 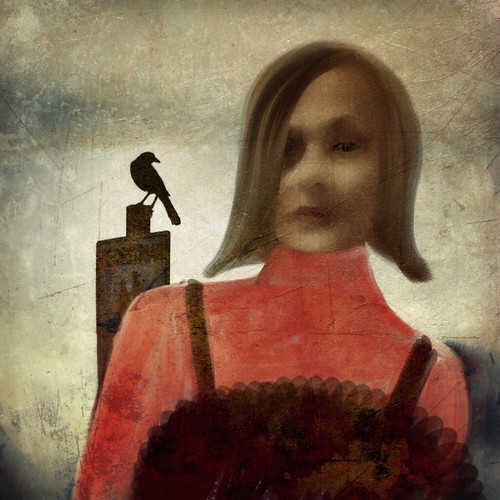 Apps used: Superimpose, ArtStudio, Snapseed, RipFX
Backstory: The image was inspired by the song Puff the Magic Dragon. To me, it’s a sad song about the loss of an extraordinary, magical love. “Dragons live forever, but not so little boys” The image is of me with my favorite bird. The title “together they would travel on a boat with billowed sail” is a line from the song. 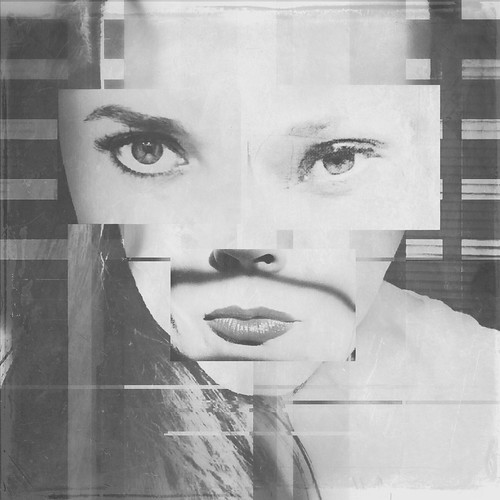 Apps Used: iPhone 7Plus native camera, Snapseed, iColorama, Decim 8, and Formulas.
Backstory: This selfportrait art is the result of experimenting on a new way I would like to take my work, where self portraits might be deconstructed instead of constructed, inspired more by sad feelings, experiences, and memories that really deconstruct and tear ourselves apart. This very first essay over this line is inspired on one of David Bowie’s famous album covers. 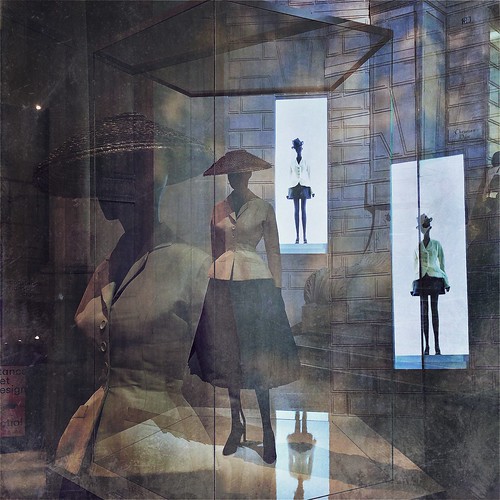 Apps used: I took this picture with the Hipstamatic app. I have chosen the double exposure to compose the image and Snapseed to modify exposure and contrast.
Backstory: Recently I have seen an extraordinary exhibition in Paris. The decorative arts museum is currently celebrating fashion designer Christian Dior. I have been fascinated by the beauty of the dresses but also by their staging.

Apps used: Photo shot on iPhone 6S. I used Camera and Snapseed for cropping and minor adjustments; edited in iColorama and Stackables for blur effect, mood, and texture.
Backstory: My father’s dream was to move to Sanibel Island, Florida when he retired. He did just that in 1976. He passed away in 1983, and his ashes were scattered in the Gulf of Mexico. Sanibel holds a special place in my heart. I come back every December and reflect on the many family memories created here. It’s laid back and all about birds and beaches. It’s considered one of the world’s best shelling beaches, and it’s where my passion for shelling and sea life began. “The Shell Seeker” was taken early in the morning on a somewhat deserted beach. Her solitude reminded me that nothing soothes the soul like a walk on the beach. 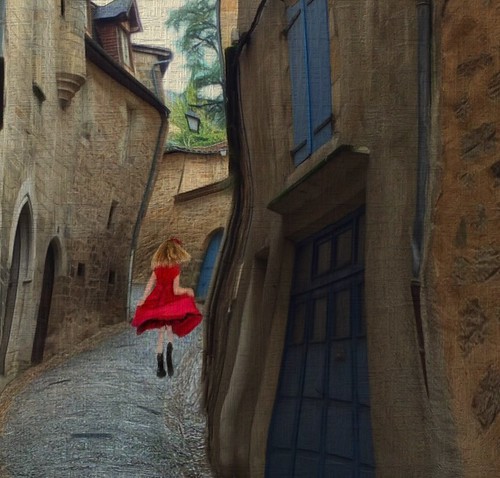 Apps used: I used the apps Snapseed, iColorama, and Superimpose.
Backstory: I recently visited a town in France called Figeac. It was a quiet time of year (not many tourists) and I took many photos of the empty streets. One of those photos served as the background for this image. 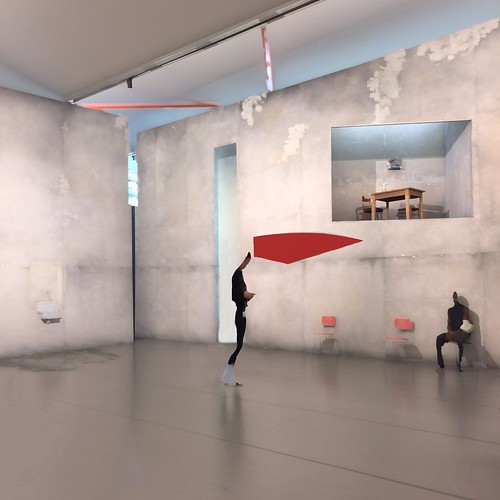 Apps used: I haven’t changed much in the original shot, other than added the streak of red in SuperImpose, straightened the image in SKRWT, and played a bit with the contrast and tones in Snapseed.
Backstory: The birthday party of a dear friend of mine was held in a museum: De Kunsthal in Rotterdam. That day was the last day of an exhibit of photographs and performance of the corps de ballet of Conny Jansen, a famous (at least in the Netherlands) choreographer of modern ballet. I was so lucky to see the last 10 minutes of the performance and took this shot with SlowshutterCam (by Cogito).