This week’s Apps Uncovered presents a diversity of subject and technique that is typical of the fantastic weekly submissions we receive. The lead image for the week is a spectacular morning shot of Florence by Vadim Demjianov that is almost painterly in quality (without the use of brush strokes or a paint-simulation program). The lighting and scene are simply spectacular. 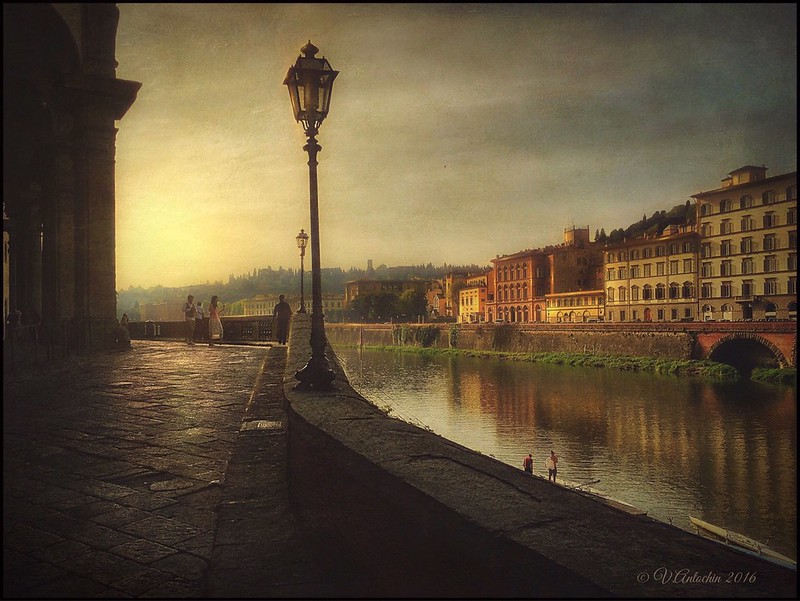 Morning in Florence by vadim demjianov

Backstory: I captured this shot in the early morning before the Uffizi Gallery opening and with just a few people on the streets. 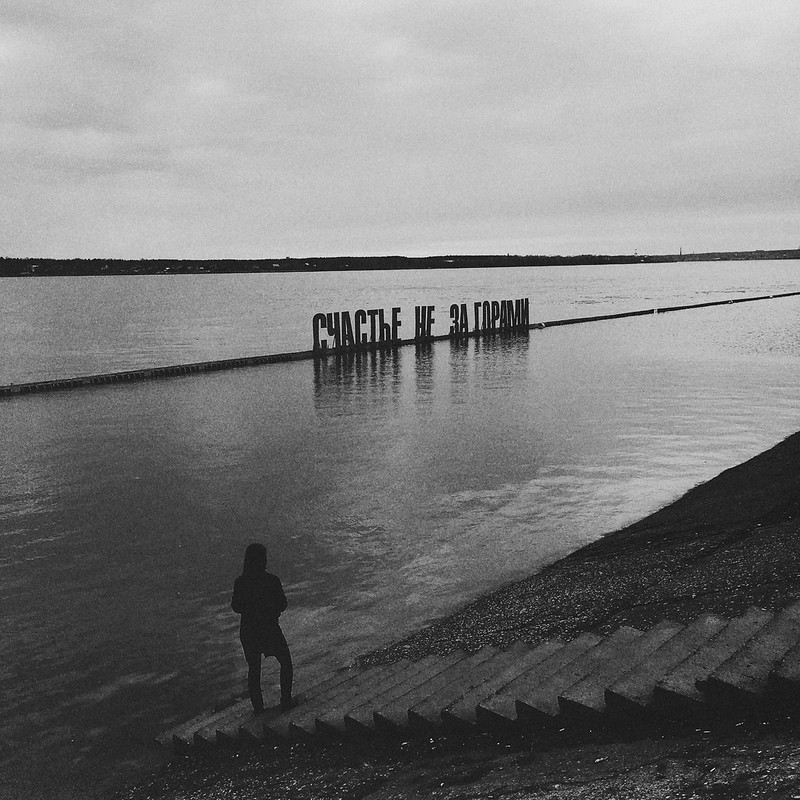 Backstory: [Although I didn’t hear back from the photographer as I published this week’s selection, I read Russian, and I was very intrigued by the words “Happiness Does Not Lie Beyond the Hills.” Why were these words built along the narrow jetty, where they appear and who they were intended for will have to remain a mystery for the moment. A more prosaic translation might be “The Grass Isn’t Greener on the Other Side of the Hill.” Either way, an interesting artifact, and the woman gazing at it only adds to the intrigue.]

And from the photographer: The photo was taken in late April, it was made on the iPhone SE, the new application Hypocam (www.hypocam.co/).

This inscription is made of wood and has been on our waterfront for some years. You got the meaning of it right. The inscription has become the unofficial symbol of the city (Perm, Russia) and is considered one of the most popular art objects. These letters are very fragile, and have collapsed many times, but there were always people who have repaired it for the joy of the townspeople. What is it so? It’s hard to say … but to many people, these words are a symbol of hope, and happiness is not difficult to find, certainly not as far as the mountains and beyond. It is here, close by, all anyone needs to do is look.

In late spring, we often have flooding (when a lot of a lot of snow melts and the river overflows its banks) and almost always covers the words in water. I normally stroll along the promenade and saw a girl looking fixedly at the inscription … maybe she was immersed in her dreams, thinking about life, happiness. I am so pleased with the moment that I just could not allow it to pass without capturing this image.

Now these words have been nearly engulfed, by almost half, and such a wonderful photographic opportunity has not occurred again, so I was lucky. 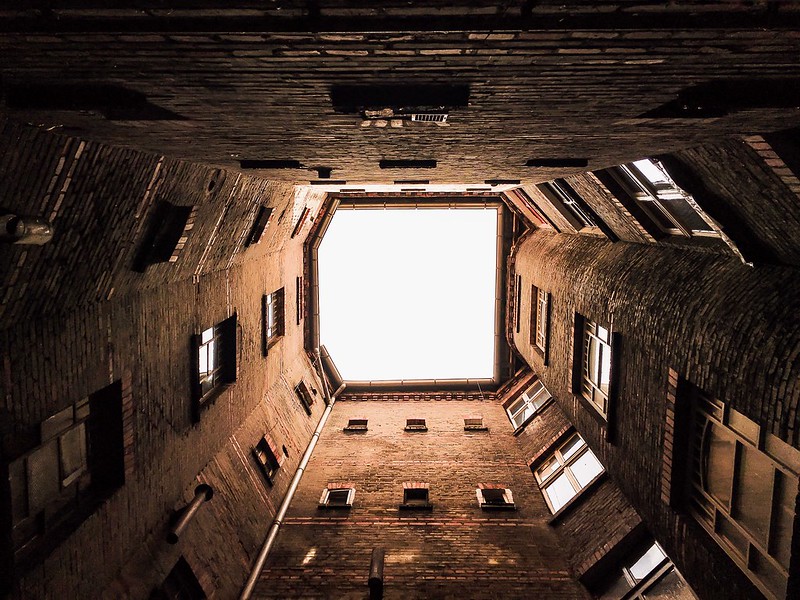 Backstory: The iPhone allowed me to discreetly photograph this sweet moment of tenderness in the Parisian Subway (Ligne 1). 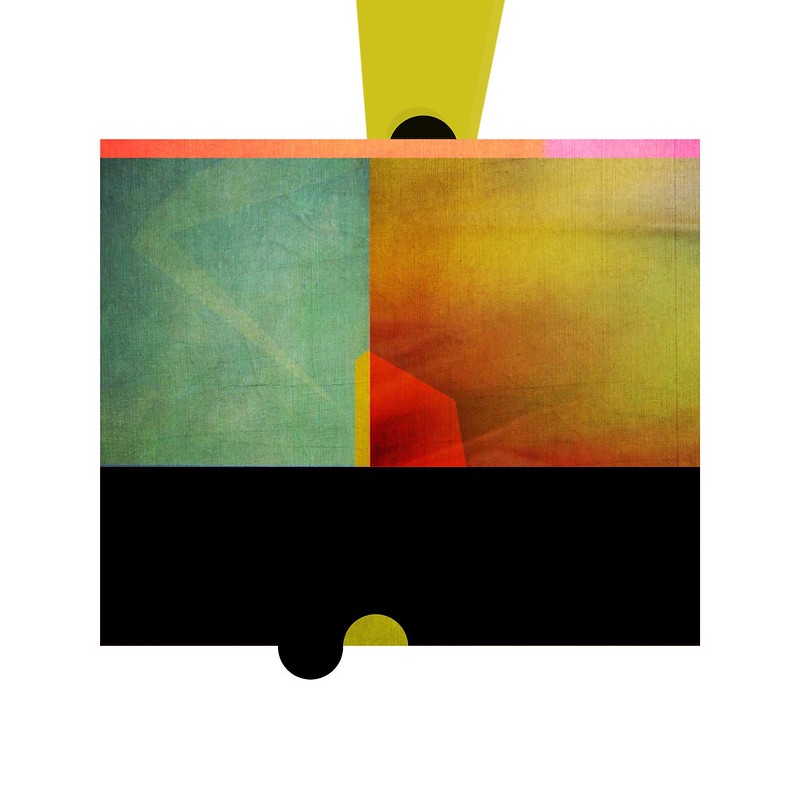 Apps used and backstory: The image was taken on the afternoon of April 18 in the Public Library of Verona. It stands on the ruins of an ancient church destroyed by the bombings of World War II. The reconstruction, few years ago, decided to create dialogue between modern materials (concrete and glass) with what was left of the old.

Before the entrance to the Library, on the outside wall of an old chapel which today has been transformed in the bibliographic exhibition, there is a long stone seat which is used both by the visitors of internal rooms for their smoke breaks, both from passersby.

That day, as every day, many people were seated on the stone bench. This Middle Eastern-looking gentleman was sitting all alone in the part farthest from the road, visible from the entrance windows of the Library. Above those glasses, for an event going on, they were designed for geometric lines. Moving on, I became aware that he seemed almost inside a frame. I made two shots with Hipstamatic 3 on my iPhone 5. Back home I selected Hipstamatic combination in black and white that I liked most and I corrected the vertical and horizontal lines. Finally, a last step in PhotoCopier for the shades of black and white.

No heavy handling. Only a lucky glance. 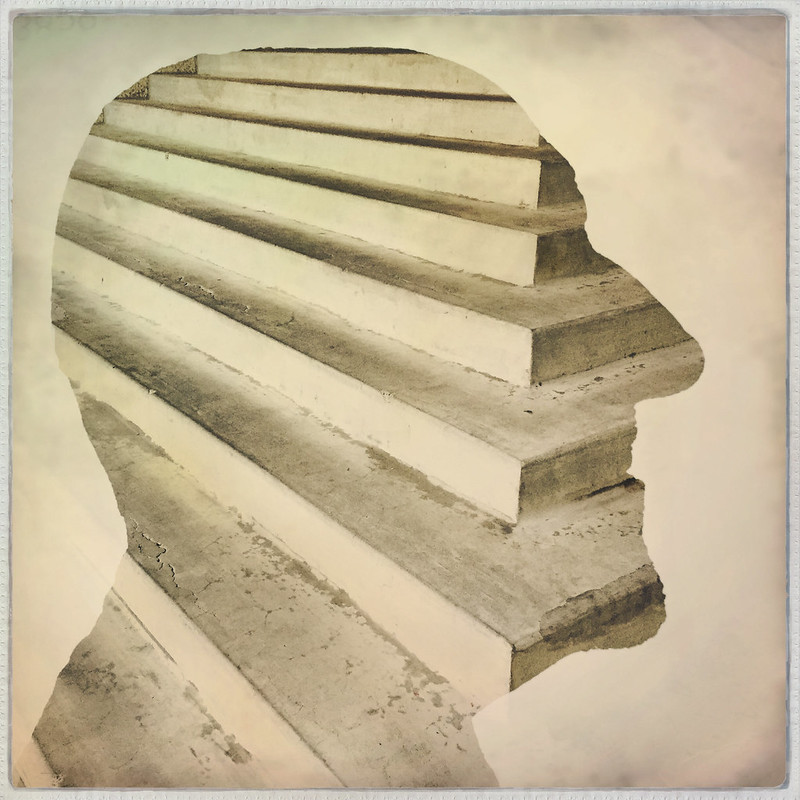 Apps used and backstory: The photo of the man’s head filled with steps is part of my ongoing series, as you know. This particular double-exposure was taken, as many of my photos are, in the midst of everyday life. I was waiting for a friend to buy a parking sticker from a machine here in Portland, Oregon. I had my trusty iPhone ready, and the print of my friend’s silhouette, which I carry with me, ‘just in case.’ I saw the steps, and didn’t think they would turn out very well, because I couldn’t find anything to act as the ‘eye’, but I took it anyway, and the shading on the steps made an eye. It’s one of my favorites in the huge series that I’ve been doing since last June. I like the paleness, and something about stone and concrete seems so elemental and ancient. I also like the metaphoric aspect of the steps or stages inside his head.

App used and backstory: This has been done using panorama mode on my iPhone then changed in black and white with a bit of contrast/ limited HDR push in Snapseed. 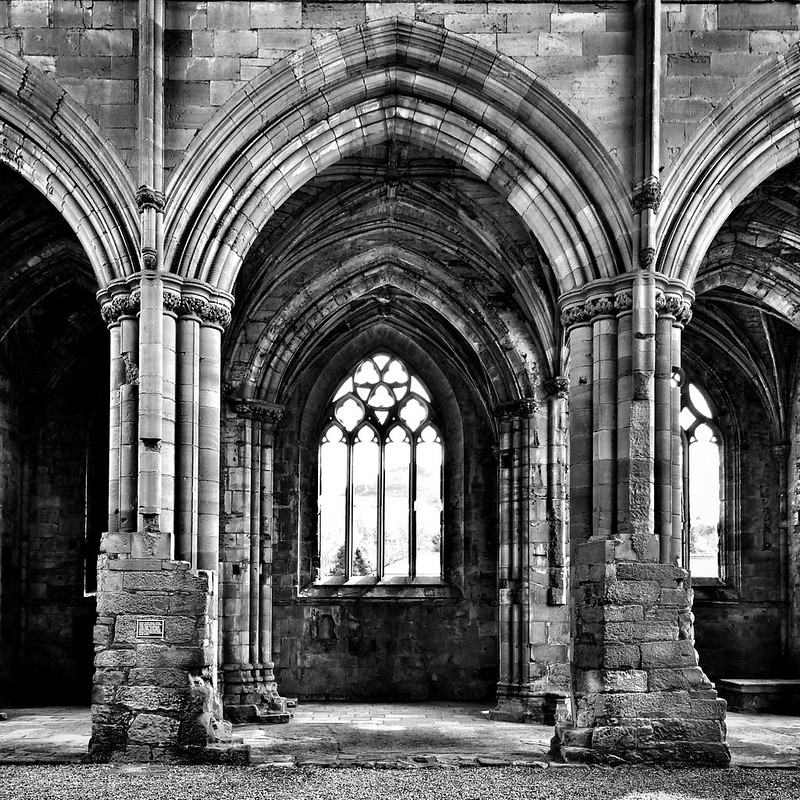 Apps used: I took this shot with the native camera, corrected a lot of perspective issues and levels in Snapseed and converted it to B&W in Noir.

Backstory: My wife is an archaeologist who is recovering from major surgery and over the last few months has been bedridden and housebound. The arrival of spring brought a new need to escape and so we visited Melrose Abbey in Southern Scotland. It truly is a place of beauty. 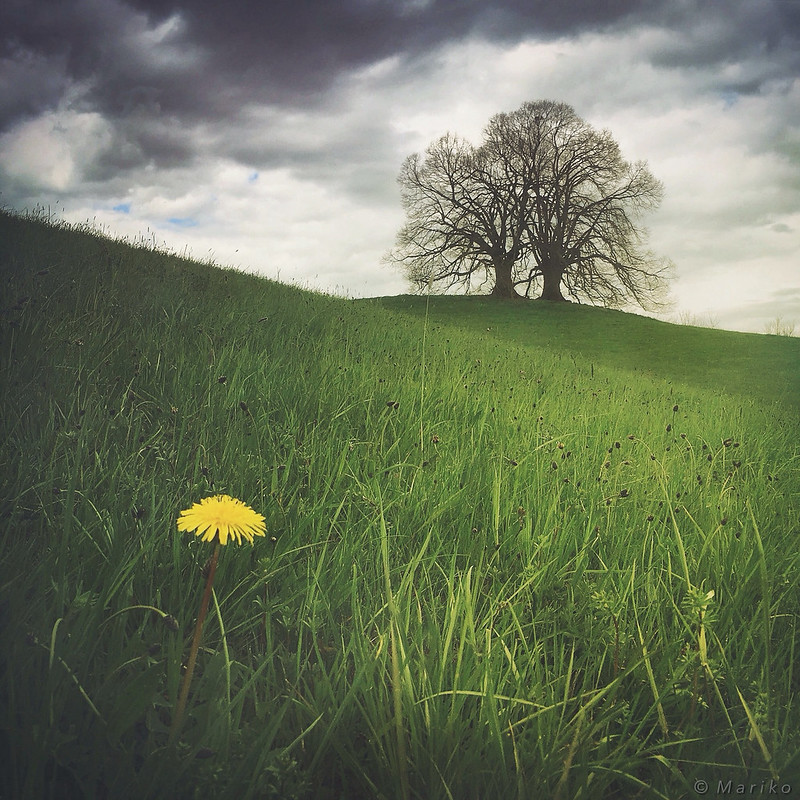 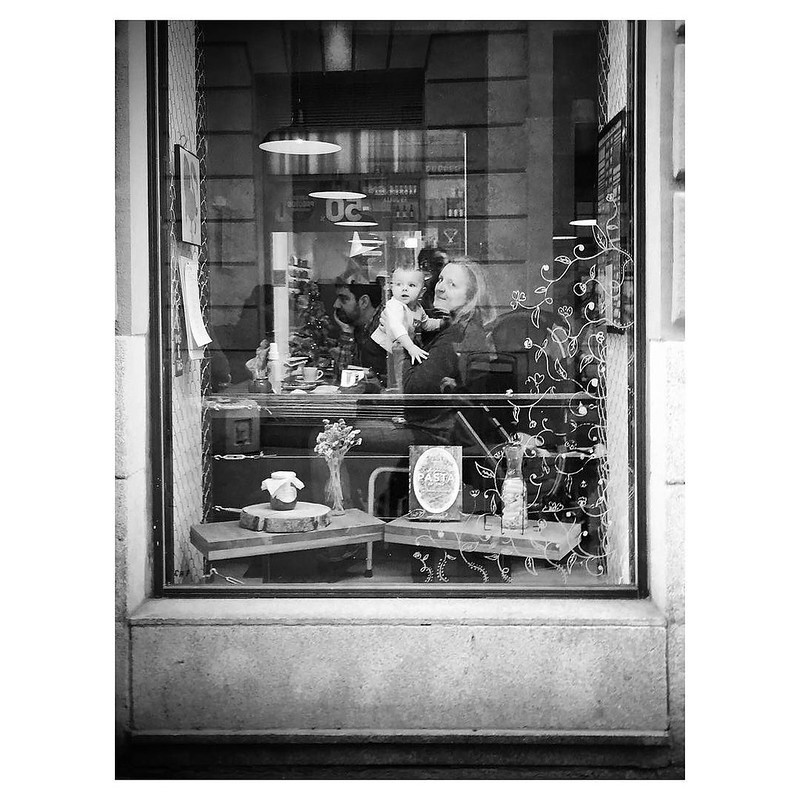 I wish I were a child by Luisón

Apps used: Shot on IPhone 6, using Hisptamatic app (JohnS lense + BlacKey supergrain film) and then used snapseed to remove the frame and get a little sharpness.

Backstory: The story of the picture is the usual story of all my street pics. I wander around the streets with my eyes wide open and the Iphone´s camera on, ready to shoot. As I passed by this cafeteria, I saw this cute boy looking out of the glass. The mother was looking at me and I felt a little bit unconfortable, so I shot the picture without stopping. hence the slight blur. 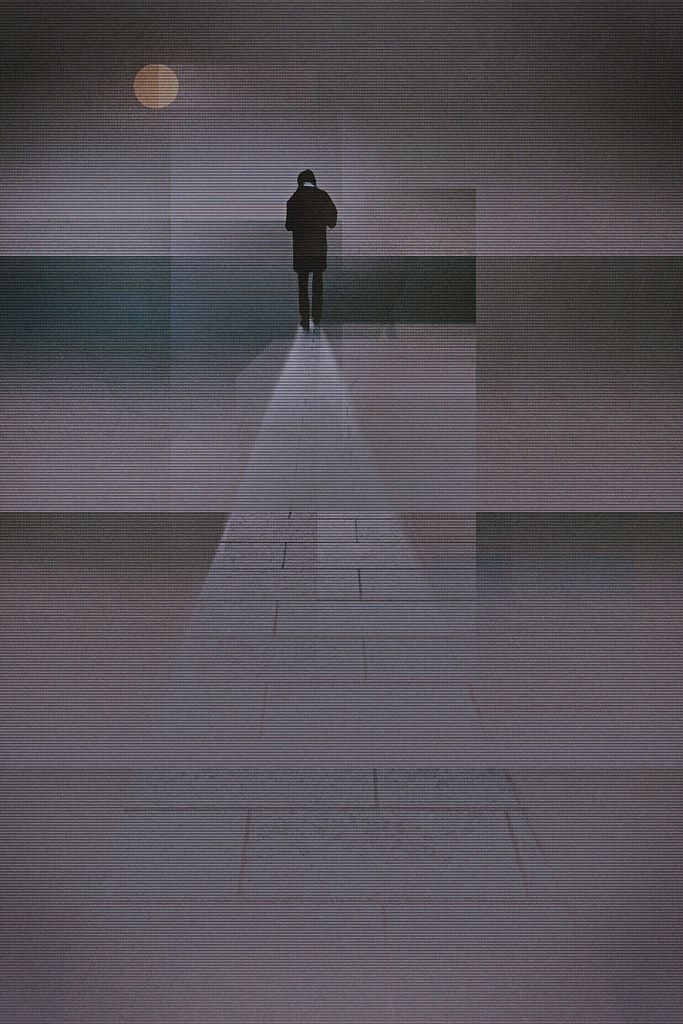 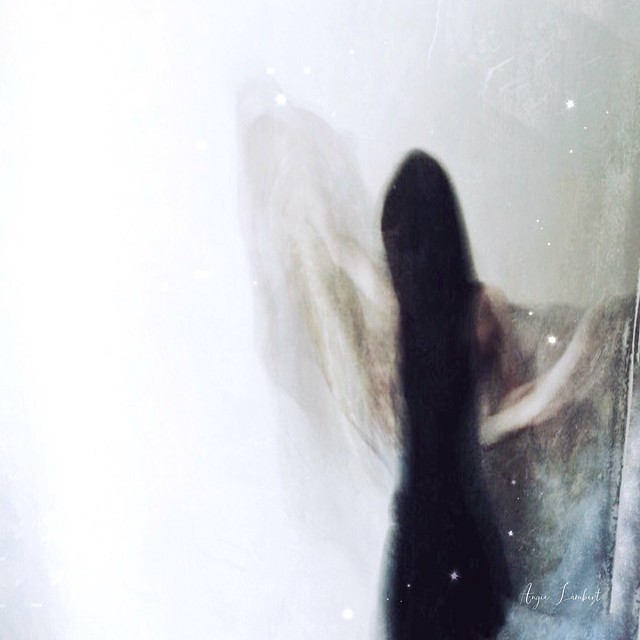 The Gathering Arms by Angie Lambert

Apps Used: Camera +, FocalLab, Repix, Mextures, iColorama S, Over (to add my signature to the image)

Do you want to come closer?
– My heart pulls inward.

When you are ready…
– My love is unconditional.

I wanted to create a storytelling image. After deciding to use a neutral background, I gathered a white sheet, iPhone, tripod, and remote shutter. I’ve been using the garage for a makeshift studio, as of late. I made a couple of trips in and out of the space, until I had all the goodies strategically placed. I found a black dress, in the closet, and thought it felt right. I slipped into it, peeled off my socks, and made the last trip to the garage. This creative gathering is all part of the process.

This is image was one of the last ones taken, during this creative time. I set the remote shutter to capture multiple shots. I gathered the sheet, from the floor, and twirled in a small circle. The motion was captured and the play was complete.

Mobile photography offers such a generous platform on which to share such spiritual, storytelling imagery. I’m intoxicated, true story.