I’ve decided to start a new Series of iPhone Art images, called “Macro Worlds”.  This is NOT about the world of Macro iPhoneography, rather it is about creating imaginary Worlds out of my Macro images.  My Macro lens arsenal consists of my NoodleMacro, a small square plastic magnifying glass, an imitation Olloclip bought off eBay, and a cheap imitation Photojojo magnetic Macro/Wide Angle lens! Oh, and I have about 18 vintage optometrist’s lenses coming via eBay from the USA, can’t wait to try them out too!

The first image is one of some Hibiscus leaves, with water drops.  Here you can see the veins of the hibiscus petals and the drops of water quite clearly. These were what gave me the initial idea of creating a new, entirely fantastical world. 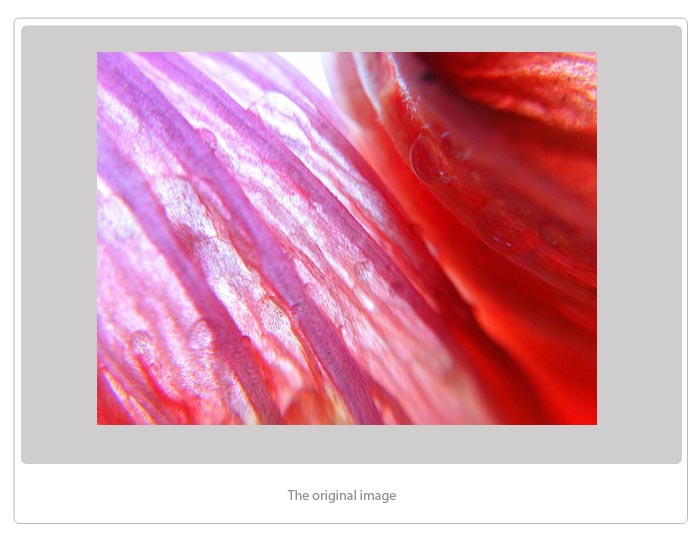 I ran this image through the App: PhotoFactory, and changed the rotation by 90 degrees clockwise.  I also changed the channel of the image to blue, to render it unrecognisable as a flower petal.

I wanted to concentrate on the few large drops of water towards the bottom right of the image, so I ran the image through the App: Snapseed, with selective adjustment to bring the water drops out of darkness into light. 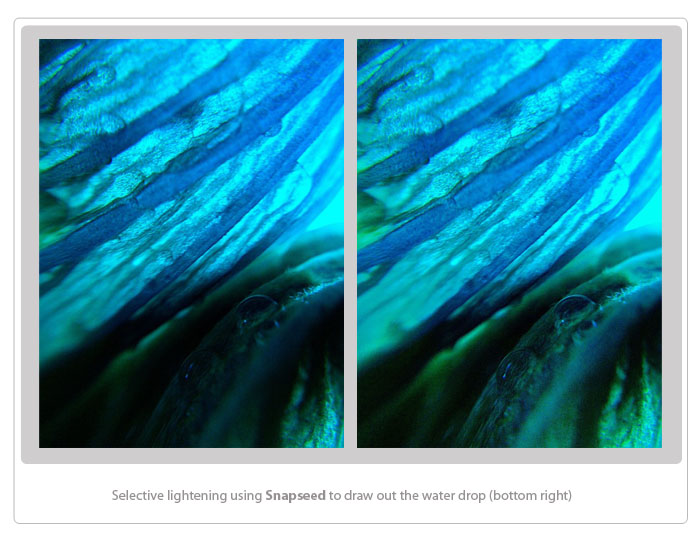 Then, I put the image through the App: AquaMagic to add more watery elements to the image.  At this stage I had no clear idea of what the eventual resulting image would be; I was simply experimenting with different filters and effects.

Next, I used the App: ArtLightBooth to add another effect to the image.

Then, I played with the App: PE Studio, until I found a light leak effect that looked as if it was a solar flare. 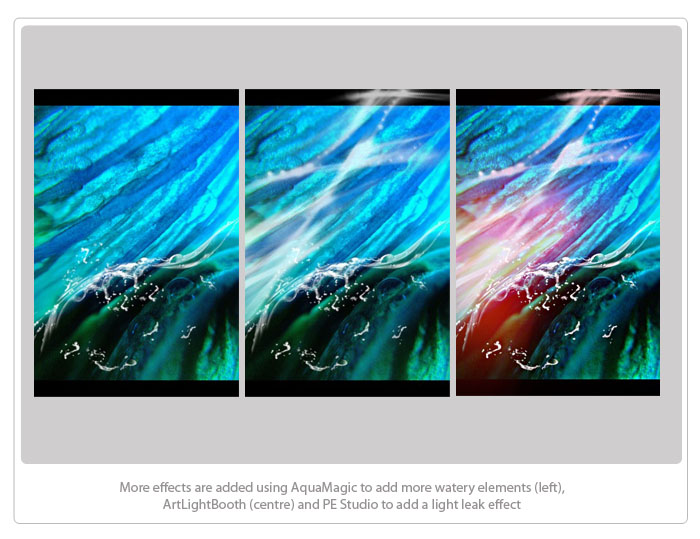 I then decided to rotate the image 180 degrees clockwise, so the red light leak effect was towards the bottom of the image.  This then gave me the idea that the semi-circular area with the water drops could possibly become a planet. I used the App: Iris Photo Suite to rotate and fine-tune the image.

I didn’t like the black borders at the top and bottom of the image, which occurred when I used the Apps: AquaMagic and ArtLightBooth, so I cropped them off. 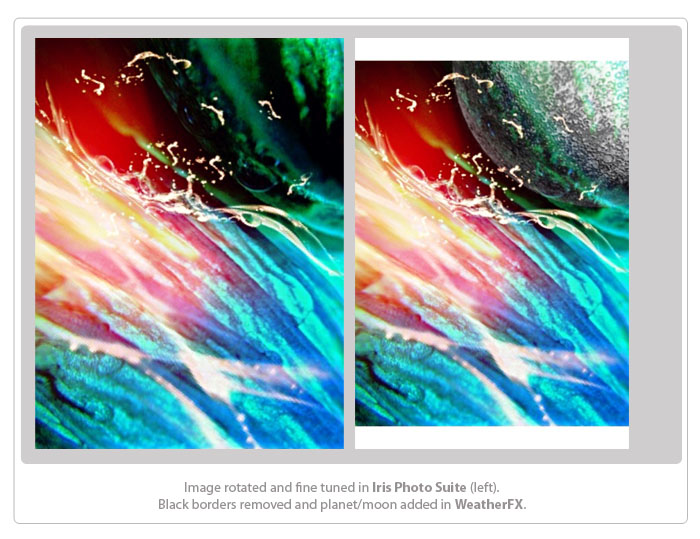 Then, I went to the App: Weather FX and found a possible planet/moon to add to the image.  I tweaked the opacity of the planet/moon slightly, so you can still see some of the original elements showing through.

A bit of cropping again, in Iris Photo Suite. The image still didn’t look quite right, so I rotated it again, this time as a vertical mirror image.

I liked this final image, so I signed it with my digital signature, using the App: Impression. 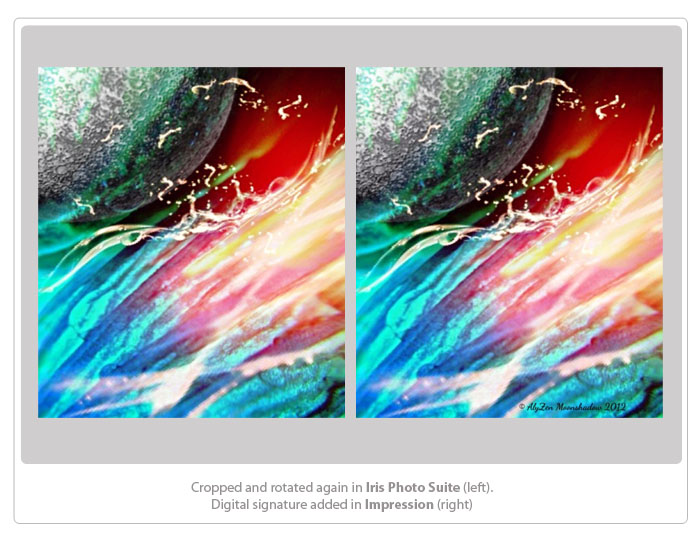 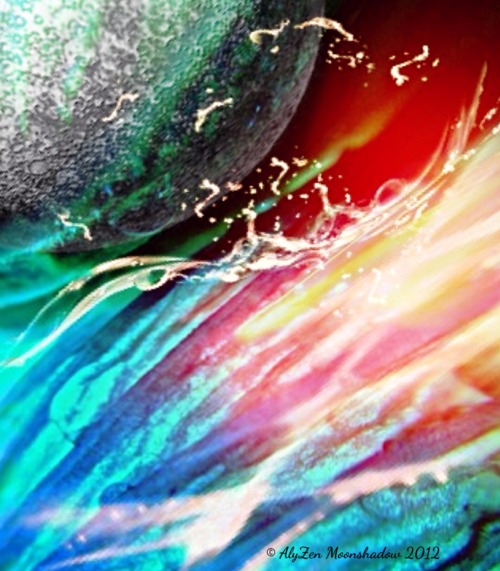