“Perhaps we’re more creative without perfectionism. But for many artists, small doses of perfectionism at the right stages is probably the difference between raw creativity and the drive to produce art.” @joy.decision

Thank you to all of you who submit your work to our Flickr group which includes this week’s top picks from Joanne Mariol, Laila Bakker, TheiPhoneArtGirl (Meri Walker), Karen Axelrad, iPhone-shooter, Jane Schultz and Thomas Berg.

I have two sets of signed cards (by me Nicki Fitzgerald) to giveaway this month. One set will go to current subscribers and another set to *new subscribers (you are a *new subscriber if you joined after the 1st March and who joins before Monday 25 March 2019)….so subscribe now by clicking here if you haven’t already for a chance to get your gift. For full details of our March giveaway, click here.
WINNERS ANNOUNCED next week! 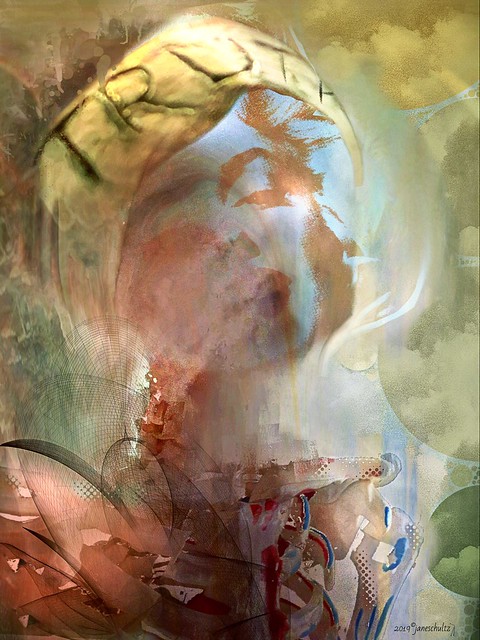 Darling, a beautiful thing is never perfect by Jane Schultz

Apps Used: Juxtaposer, ArtStudio, FlowPaper, iColorama, PercolatorBackstory: This image is part of a series exploring Naomi Wolf’s Beauty Myth and dysmorphia. In this 4th image, the protagonist is torn between the media, patriarchal version of beauty and the reality of what it has done to her body. The truth is there is she will just see it. It reflects both her own vision and how those see her simultaneously. 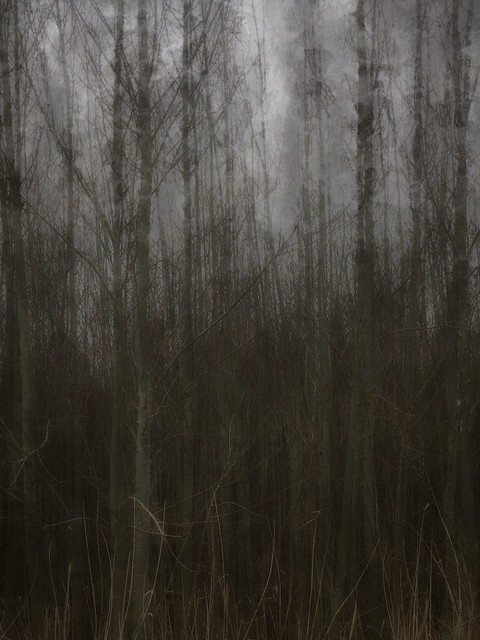 App used: Shot on iPhone 6. Edited with iColorama, Metabrush, Superimposex, Snapseed
Backstory: For my 365 project I took a last minute shot of a car bonnet which was totally tarnished. I brushed it in Metabrush for background. I edited a tree image in IColorama and blended the two together in Superimposex. Finishing touch in Snapseed. 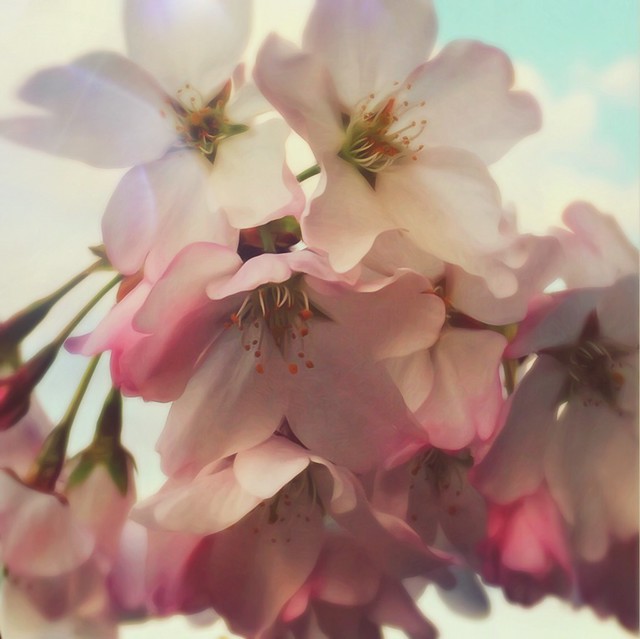 Good God, How I Want to Kiss You! by TheiPhoneArtGirl (Meri Walker)

Apps used: As far is this image is concerned, I honestly don’t remember what camera app I used to capture it. Looking at it, I would expect it was Camera+.

Edited in iColoramaS, enlarged it using 2x and then amplified some details with LightBrush and softened the whole image with LensD.

Backstory: The base capture for this piece is an image that my Google Photos account sent back to me this year on the anniversary of its capture, March 15. I love how that works!

I didn’t develop this image two years ago because something else was at the front of my mind. Right now I don’t remember what.
This year, when the image came through my feed, I jumped on it. It made me so happy to see the joyful dance of these blossoms.

Spring has been weirdly slow this year in southern Oregon. Many of us gardeners are talking about how worried we feel. It’s only this week that my daffodils came to bloom. They should’ve been out three or four weeks ago. Tulips are sprouting their green leaves, but they, too, should be in full bloom right now. My archives show me they have been wide open blossoms by now for the last three years. Not this one.

I am so grateful that Google Photos is serving me my own observations from previous years. They help me make sense of my ongoing life.

As far is this image is concerned, I honestly don’t remember what camera app I used to capture it. Looking at it, I would expect it was Camera+.

To edit it, I opened it in iColoramaS (I still so often edit right in my phone) and adjusted the tones and softened the light. It may not have been Camera+ that I shot it with because after I finished editing it in iC, the file size was still too small to print. So I enlarged it using 2x and then amplified some details with LightBrush and softened the whole image with LensD.

The coming of Spring brings me such delight each year, especially now that I’m living at this high latitude. When the precious blossoms open, I just want to kiss them with sheer gratitude for the gift of their vitality and beauty.
—
“Live like a river flows, carried by the surprise of its own unfolding.” ~ John O’Donohue 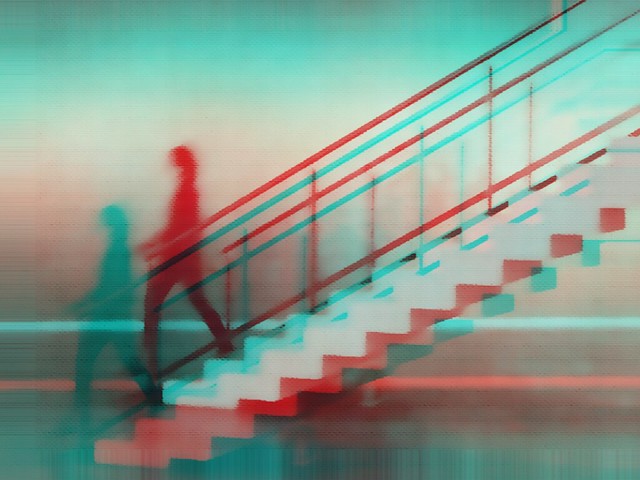 Doublevision by Karen Axelrad (karenaxe)
Apps used: Slow Shutter Cam, iColorama. Taken with iPhoneXS.
Backstory: I often use the Slow Shutter app to take long exposures in art museums. The result is usually a somewhat deformed figure in front of a sharp painting. In this case it was a slightly blurred figure on a stark staircase in the middle of the Berlinische Galerie. I processed the photo in iColorama. making various color adjustments and achieved the final two-toned effect using Effects/Multi setting #1 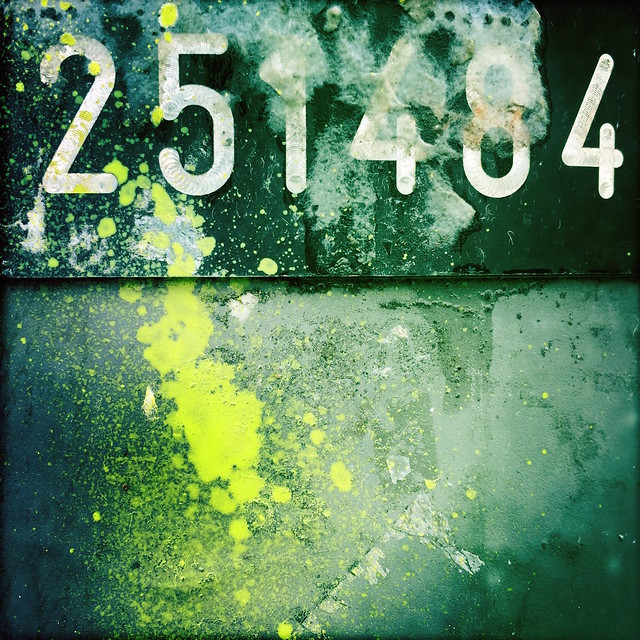 Apps used & Backstory: Hipstamatic Madalena-lens, Love 81-film, Triple Crown flash
The picture ‘251484’ was taken with the Hipstamatic app, and the motive is a sign that’s attached to a mast. 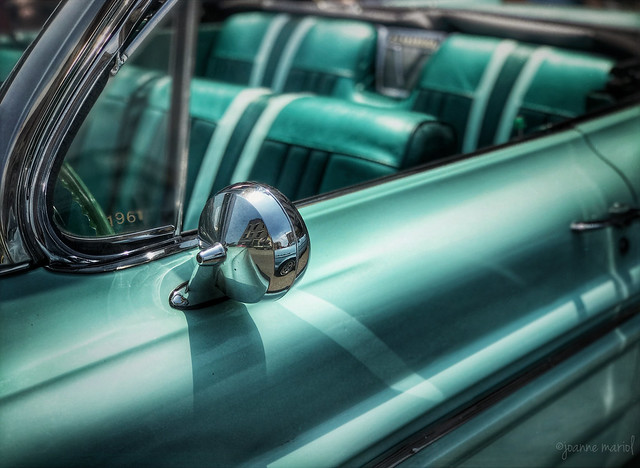